Giant turtle fossils from millions of years ago have been unearthed in South America’s tropical region. The ‘Stupendemys geographicus’ was first described in the 1970s, but with little archaeological evidence scientists didn’t have much to go on. This latest find changes the game.

Researchers from the University of Zurich (UZH) worked alongside South American colleagues from Colombia, Venezuela and Brazil. Their findings have just been published in the Science Advances journal.

According to a UZH press release they “discovered jaws and other skeleton parts” in Venezuela and Colombia, meaning “they were able to thoroughly revise the evolutionary relationships of this species within the turtle tree of life.” Up to this point only small fragments of the awesome freshwater creature have been found.

The study in Science Advances reveals, “the existence of a single giant turtle species across the northern Neotropics, but with two shell morphotypes, suggestive of sexual dimorphism (2 distinct forms).” This development is a first for side-necked turtles. 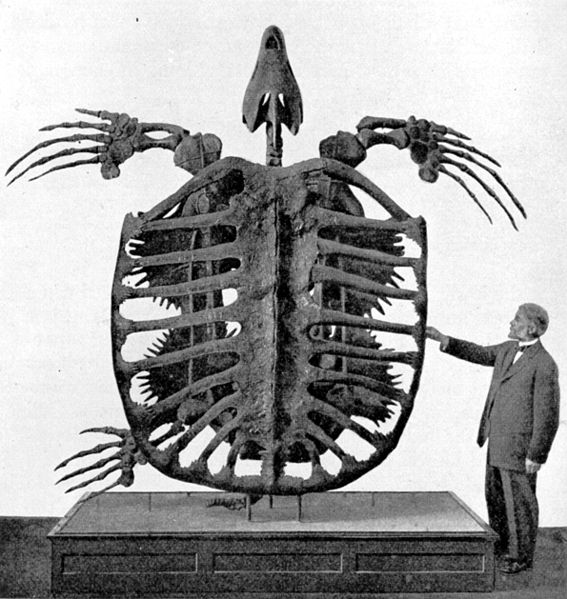 Paleontologist Marcelo Sánchez refers to Stupendemys as “one of the largest, if not the largest turtle that ever existed”. It’s approx 100 times bigger than the big-headed Amazon river turtle – identified as Stupendemys’ closest living relative through this new research. The marine leatherback is the planet’s largest living turtle, but only reaches half the size of its prehistoric pal. 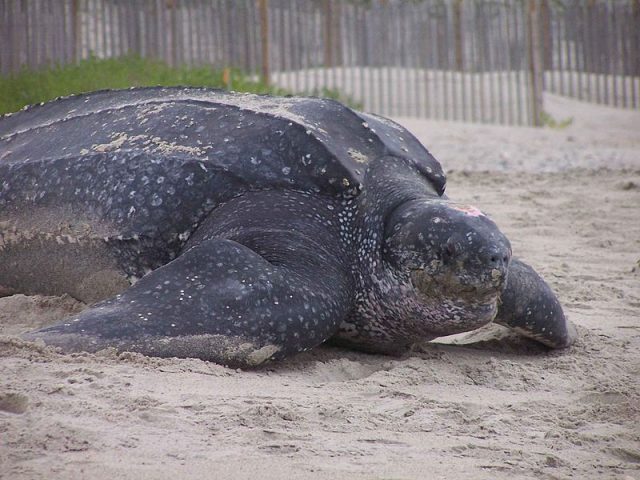 The most eye-catching of the discoveries is the carapace (shell) of a male. Comparable to a car in size, and sporting what Popular Mechanics describes as “a set of horned protrusions jutting out from the anterior dorsal portion”, it weighs 2,524 lbs and indicates a maximum shell growth of 9.8 ft. The shell is easily the biggest example from a turtle found to date. On pictorial evidence, it looks like a couple of people could sleep inside it! 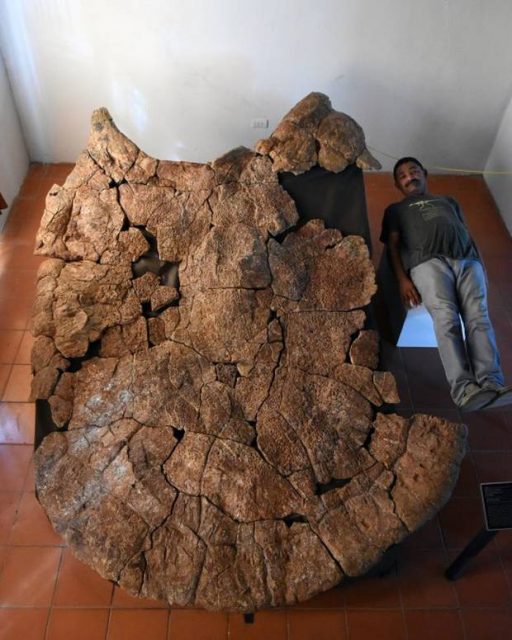 The protrusions have become a major talking point, and for a surprising reason. Males come equipped with this natural design feature but females don’t. Judging by the male shell’s fearsome appearance, it seems these turtles were ready to rumble.

The study mentions “Bite marks and punctured bones” showing possible “interactions with large caimans.” Caimans were 30 ft long predators related to today’s alligators. Largest of these was the ‘Purussaurus’, and it just so happens they were around at the same time as Stupendemys. In addition to this the turtles probably got into brawls with each other over territory. 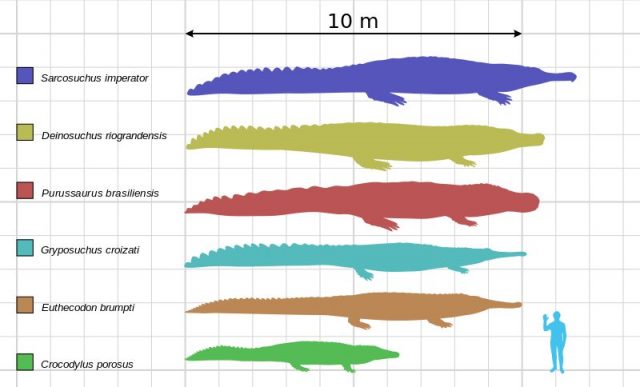 Scale diagram of crocodyliforms 10 metres (33 ft) or more in length, based on recent size estimates. The Purussaurus is in red. Image by Smokeybjb CC by 3.0

The action would have played out in a very different environment. “The turtle’s habitat has turned to desert,” writes the New Zealand Herald, “but then, it was humid and swampy. The Andes weren’t yet fully formed and the Orinoco and Amazon rivers cut different paths.” The shifting of tectonic plates helped form the Andes, moving them higher up and playing havoc with water systems. These mighty turtles found their habitat dwindling to the point where they could no longer survive.

UZH’s press release calls the long-extinct fauna of the region “unique, as documented by fossils of giant rodents and crocodylians –including crocodiles, alligators, caimans and gavials – that inhabited what is today a desert area in Venezuela.”

The turtle fossils ultimately paint a vivid picture of a reptile that was more formidable and better-distributed in South America than first thought. Sánchez and co see the “new discoveries and the investigation of existing fossils from Brazil, Colombia and Venezuela” as demonstrating “a much wider geographic distribution of
Stupendemys than previously assumed.”

Related Article: Prehistoric Giant Rat the Size of a Human Discovered in Brazil

The latest findings of the turtle fossils not only uncover an ancient enigma of sorts, they also show the humble turtle in a whole new light. The image of cute creatures, seen in the likes of Finding Dory, has been flushed away to be replaced by something altogether more dangerous…!