Incredible Lincoln Cathedral Mansion for Sale – Have a Look Around

A mansion right next to the epic Lincoln cathedral is for sale. The U.K. has some incredible, and incredibly historic, properties across the land. After all, the country dates back to the Romans, and has a history that spans about 1,000 years. And during those centuries some remarkable mansions, castles and estates have been built, and while some fall into disrepair and sell for a song, others are lovingly tended to by owners who bring the best of the modern world inside the walls of ancient buildings.

The latter scenario describes a home now for sale in Lincoln, in Lincolnshire county, England, that’s on the market for almost 2 million pounds (almost 2.5 million dollars). Called Greenstone House, the place has a direct view of Lincoln Cathedral, a huge selling point for anyone thinking of investing in this estate. But what is truly marvelous about this home is that the current owners devoted themselves to a full renovation that has brought the house, that dates back to 1260, right up to present day standards in its design and conveniences. 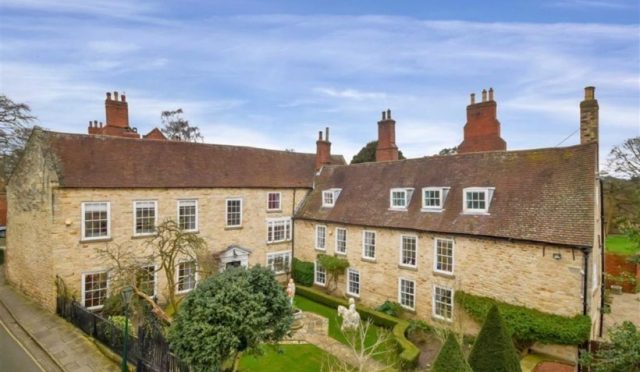 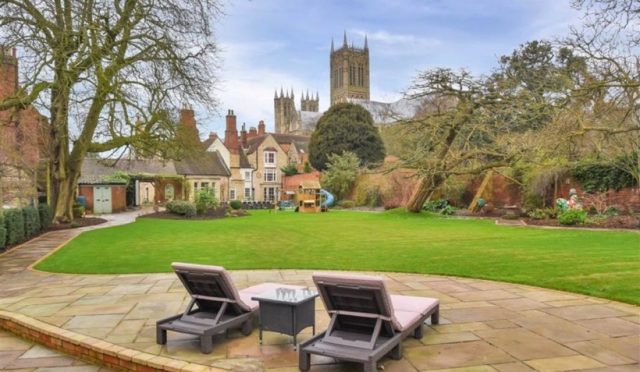 Backyard view of Lincoln cathedral from the mansion. Photo by JH Walter

Eight thousand square feet of living space is spread over three floors. On the main floor there are three bedrooms, two full bathrooms, a kitchen and breakfast room, a walk in dressing room, drawing room, and more. There is a reception area and full dining room and living room on the first floor as well. 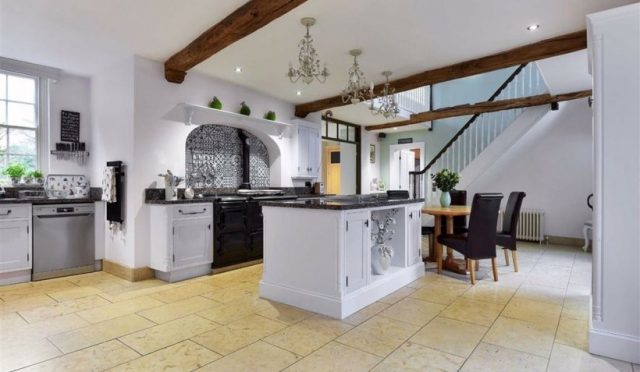 Inside the kitchen. Photo: JH Walter 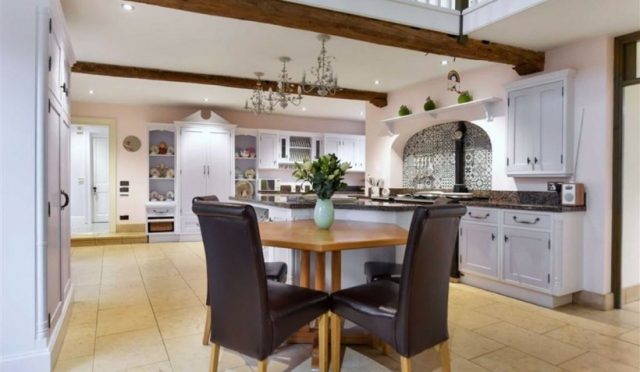 Another angle of the kitchen. Photo by JH Walter 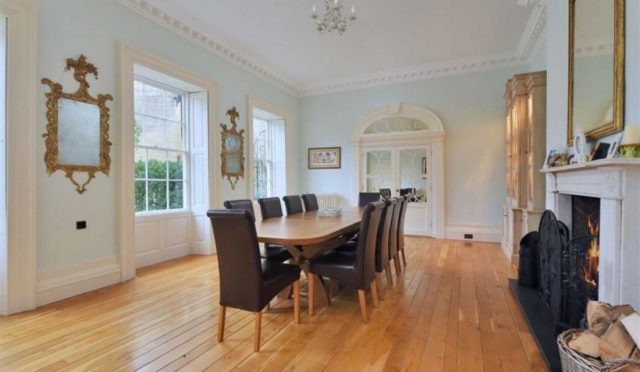 The second floor has more bedrooms and bathrooms, and there is yet more space on the third floor, including fully finished bedrooms and more bathrooms. A family of five or six could easily live in the space and, with a little determination, virtually never see one another. 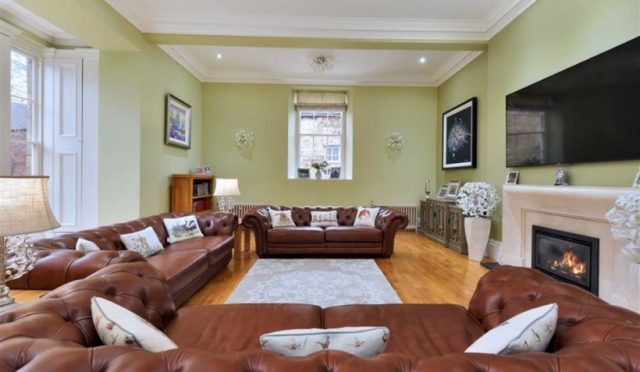 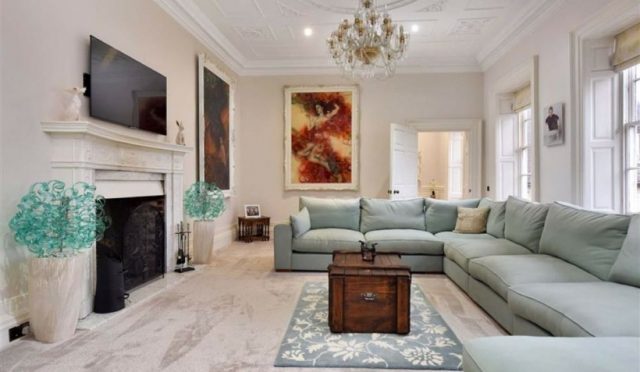 As for the exterior of the house, there are formal gardens on its 0.6 acres of land, a flagstone terrace, and electronic double gates that lead to a stone driveway, where the massive front doors open on a large reception area. All these features are incredible, but it may be the view that ultimately sells the house, because Lincoln Cathedral has such a storied place in England’s past. 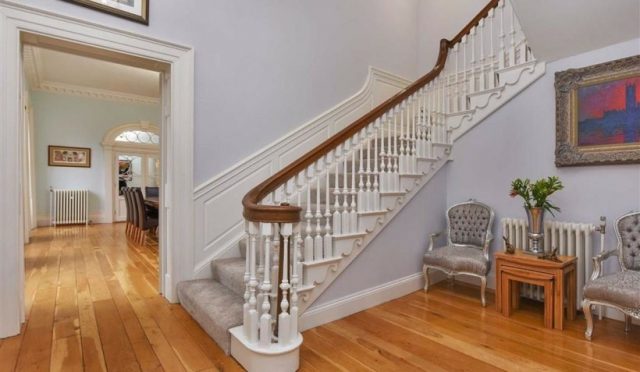 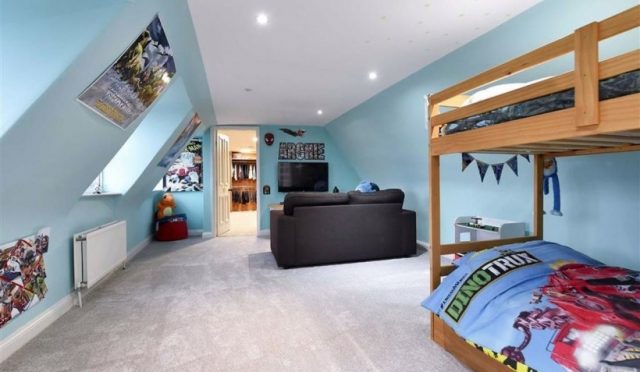 One of the bedrooms. Photo by JH Walter

It was built in 1092, when William the Conquerer was king, because he wanted to concentrate power in the northern region of the country. To do so, the ruler transferred church powers from Dorchester to Lincoln, and ordered that a new cathedral be built. He appointed a Benedictine monk, called only Remegius, as the first Norman bishop of Dorchester, and sent him to Lincoln to oversee religious affairs and take charge of the cathedral’s construction. 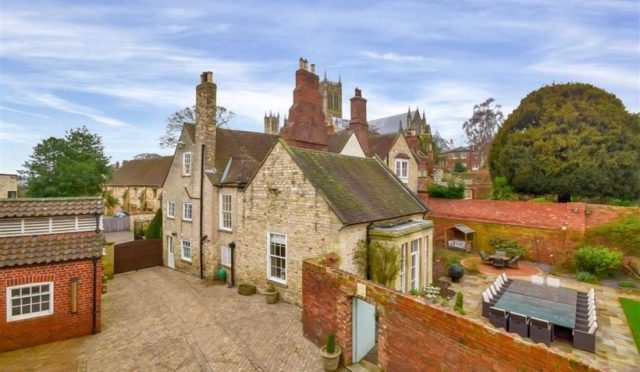 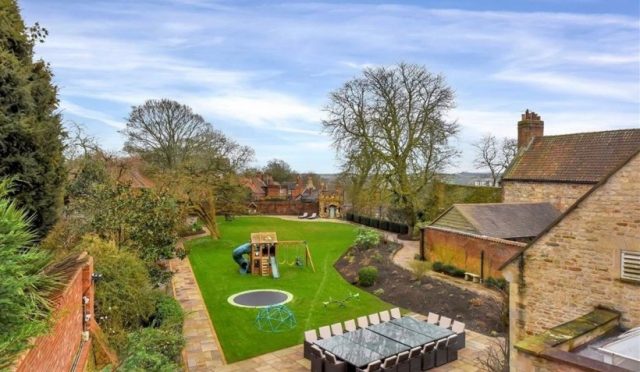 Unfortunately the church fell prey to several disasters, including a fire in 1141 and an earthquake in 1185. By the time Robert Grosseteste became bishop, a new church had to be built, but the same site was used, and soon the Lincoln Cathedral that is still there opened its doors. During the 14th century, its centre tower was made taller, as were two of its western towers, and wooden spires were added. This gave the cathedral fame, as for two centuries it was known as the tallest building in the world. 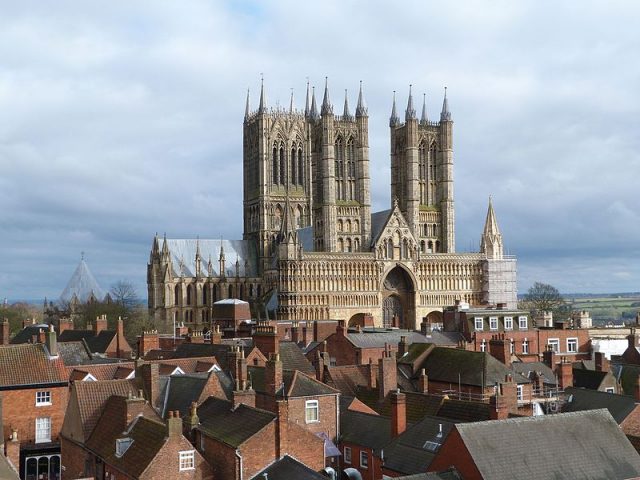 Lincoln cathedral, near the mansion. Photo by DrMoschi CC by 4.0

It isn’t only historians and architecture fans who might love this property; it has been admired by Hollywood too, and was used as a set for the film “The Da Vinci Code”, with Tom Hanks. The cathedral stood in for Westminster Abbey, since filming in the real Abbey is of course not allowed.

Related Article: One of America’s Finest Tudor Revival Estates Up For Sale – Take a Tour

Whomever buys the property, it is safe to say, will no doubt love its modern conveniences but also its close connection to, and direct view of, this historic cathedral. The community of Lincoln isn’t large, but this outsize home is one of its most magnificent. The town is filled with artists, academics, and others who thrive being surrounded by history, and living in the shadow of one of England’s most famous — and important — religious structures.

More info on the house can be found here.