Old School hip hop is a classic part of America’s musical heritage. But like any form of music, it was once new and exciting. How did it get started? Who were the key players? Find out here, and check out some great vintage photos from the Old School/Skool…

It all began with a birthday party in the Bronx. In 1973 DJ Kool Herc – real name Clive Campbell – was spinning records for his sister’s special day. Born in Kingston Jamaica, the young man lived in the Big Apple. Kool Herc gave the playlist his own style. He was just having fun, but unbeknownst to him he was creating a legend. 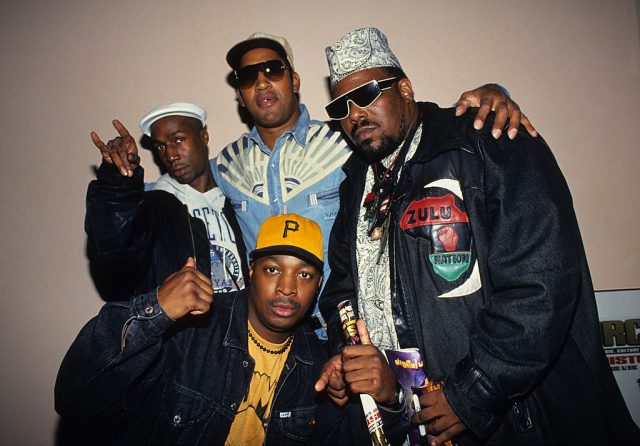 “Herc often emulated the style of Jamaican ‘selectors’ (DJs) by ‘toasting’ (i.e., talking) over the records he spun” writes History.com. From this, rap emerged and took hold. American kids were about to start finding their voice in a whole new way. 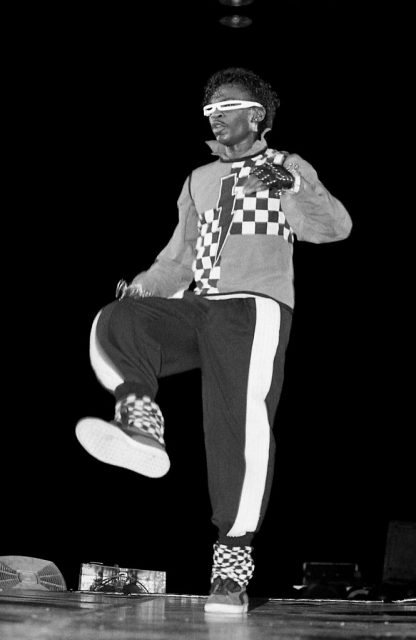 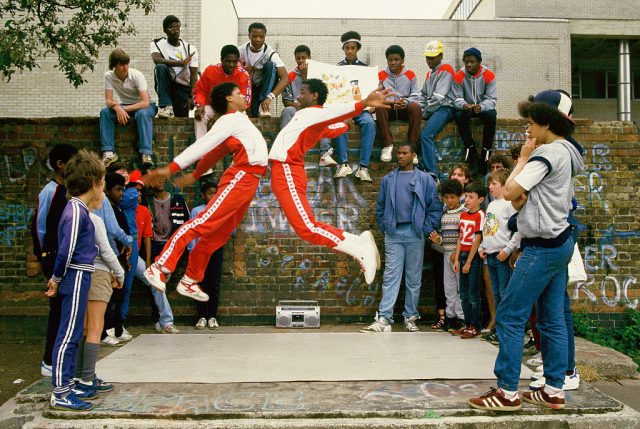 A Group of Breakdancers, 1983. (Photo by: PYMCA/Universal Images Group via Getty Images)

The DJ also noticed something interesting. His crowds were hanging around waiting for a particular part of the record… the drum break. What are drum breaks? For the uninitiated, they’re “the moments in a record when the vocals and other instruments would drop out completely for a measure or two of pure rhythm”. 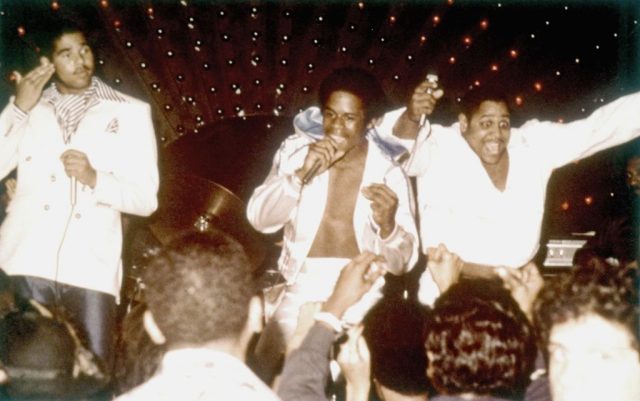 Herc found that by working off a couple of turntables he could sample the juicy stuff and stretch out that big moment. According to the Hip Hop Golden Age website, by “Isolating these rhythms, juggling and extending them for maximum impact, Herc pioneered what the world now knows as the breakbeat.” They were also called breaks. Herc referred to it as the “Merry Go-Round”. 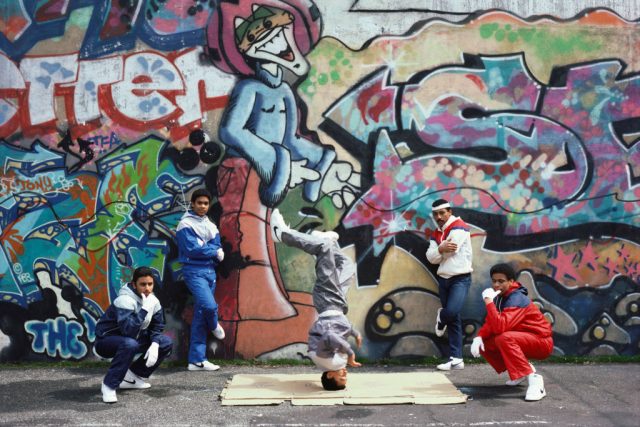 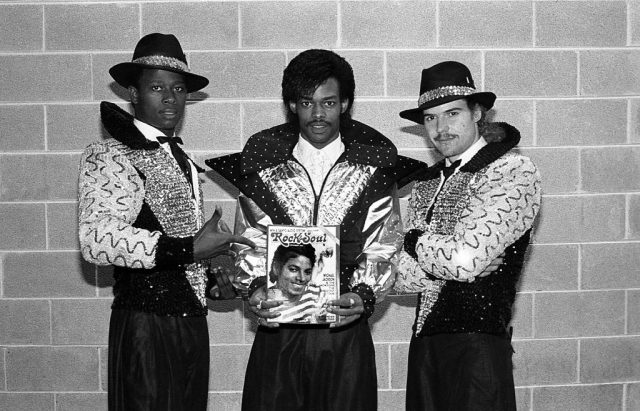 Breakdancers from Uptown Express poses for photos backstage at the U.I.C. Pavilion in Chicago, Illinois in October 1984. (Photo By Raymond Boyd/Getty Images)

He was the father of Old School Hip Hop, though whatever they called it, it was always about music for Herc. “I’m not a beat-chaser,” he said in an interview published by DJ History. “I’m a good-music-chaser, and if a break so happens to come along in it, it’s all well and good.” 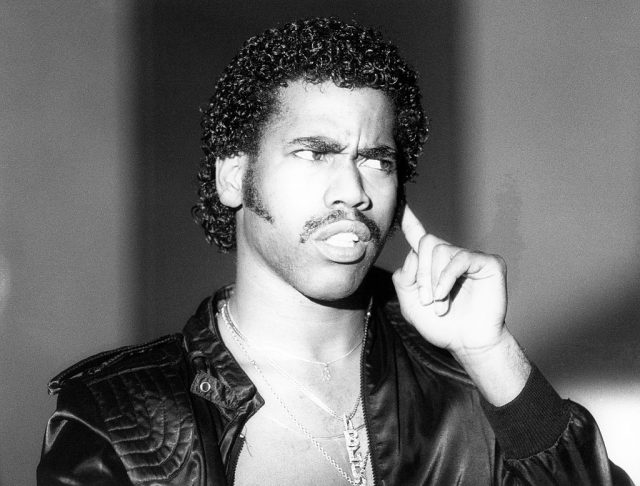 A birthday party may seem like an odd place for hip hop to break out. But parties and having fun were what the genre was all about. It’s associated with politics and violent subject matter now. Not that it didn’t rise in tough times. Back then however, it had a whole other flavor. 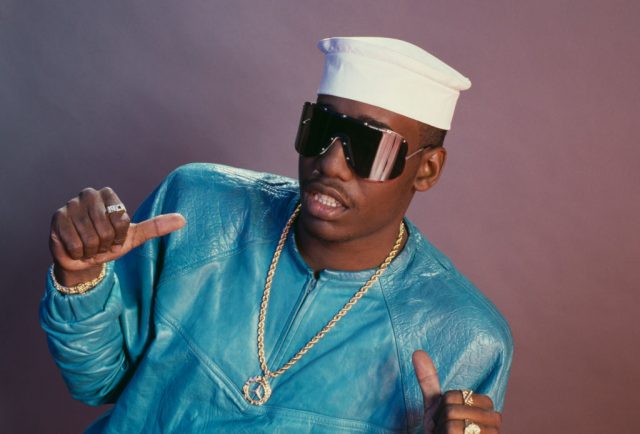 1979’s ‘Rapper’s Delight’ by the Sugar Hill Gang put hip hop on the map. Geographically, Sugar Hill was in Harlem and the group was made up of New Jersey’s Michael “Wonder Mike” Wright, Henry “Big Bank Hank” Jackson and Guy “Master Gee” O’Brien. Sylvia Robinson was the producer who brought them together. The track re-recorded part of Good Times by Chic, something which didn’t impress writers Nile Rogers and Bernard Edwards at the time. Things got legal before the deal was sealed. Rapper’s Delight reached the top of the charts in Canada, the Netherlands and Spain. 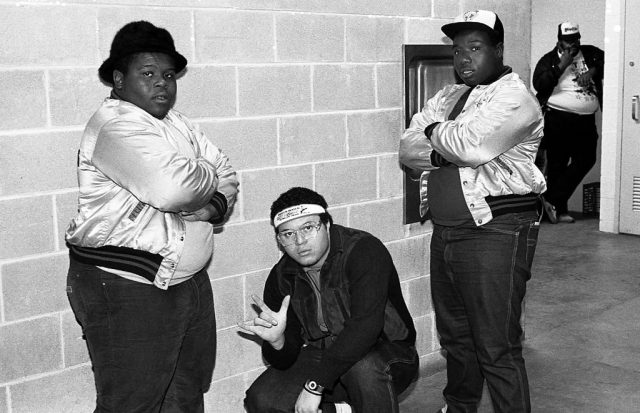 Buffy, Prince Markie Dee and Kool Rock Ski from The Fat Boys poses for photos backstage at the U.I.C. Pavilion in Chicago, Illinois in January 1984. (Photo By Raymond Boyd/Getty Images) 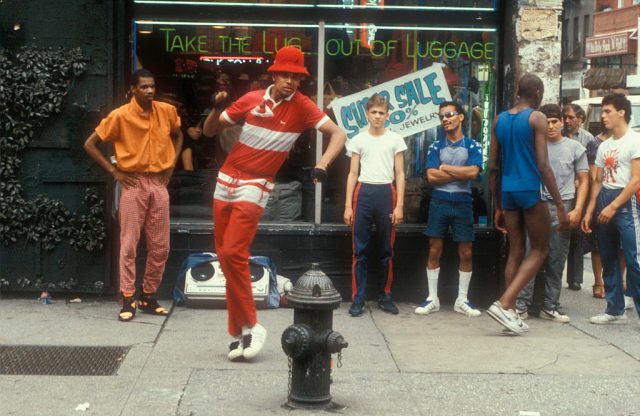 Breakdancers and B-Boys on the street, New York, 1981. (Photo by: PYMCA/Universal Images Group via Getty Images)

‘The Breaks’, performed by Kurtis Blow, landed the following year. Blow signed a contract with Mercury, and was the first rapper to join a major label. His classic release earned him a gold disc, as it sold over half a million copies. The Breaks was the second 12 incher to do so in history! 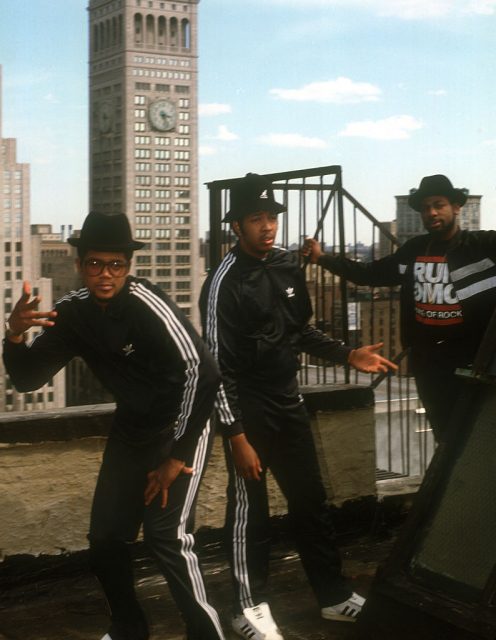 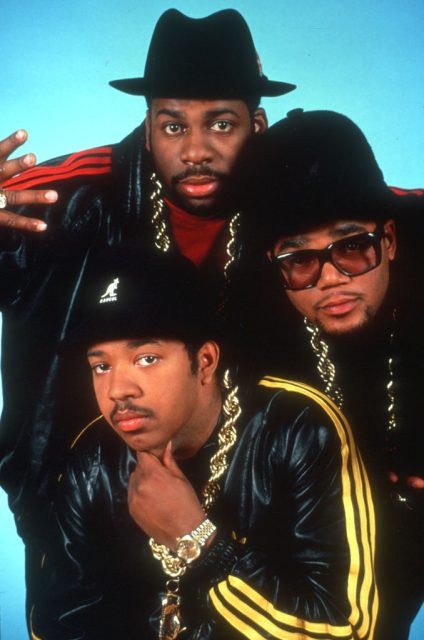 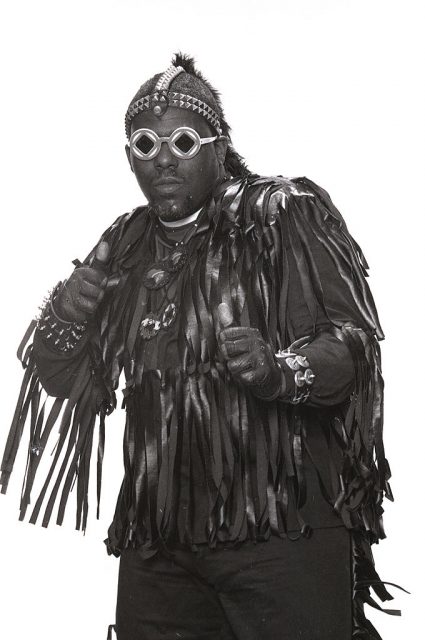 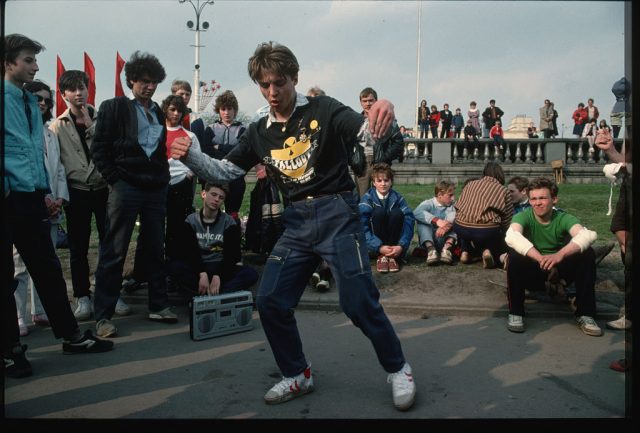 It was only a matter of time before parties gave way to politics in the Old Skool. The earliest example of this was ‘The Message’ (1982), from the debut album by Grandmaster Flash and the Furious Five. The Five were Keith Cowboy, Melle Mel, The Kidd Creole, Mr.Ness (or Scorpio) and Rahiem. 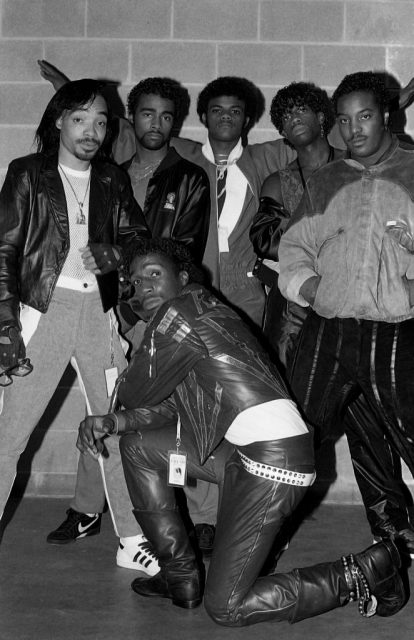 The album’s title track was written by Duke Bootee and Melle Mel and was inspired by a strike on NY’s transit system 2 years previously. It went on to influence the Genesis hit ‘Mama’ and made it into the book for musical ‘Hamilton’. ‘The Message’ was also added to the National Recording Registry by the Library of Congress. This was a first for hip hop recordings! 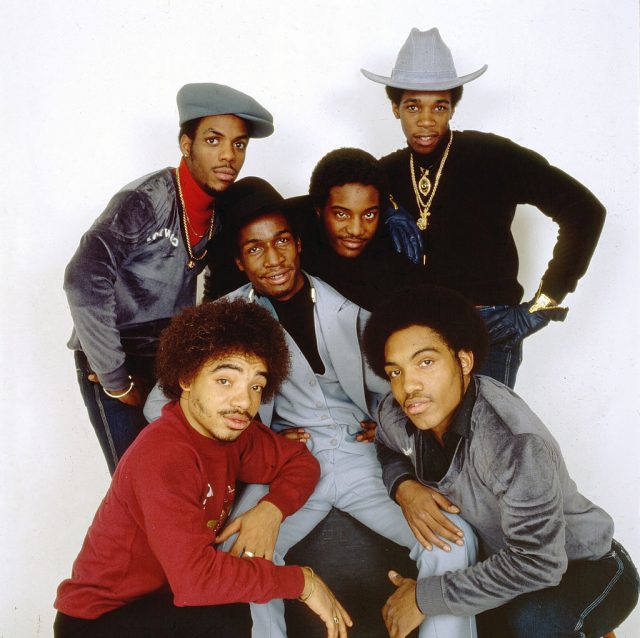 Some sources state that Old School hip hop, with its relatively simple style, happened between the late Seventies and early 2000s, while others believe it to have wrapped up earlier as tastes changed.

Today, Old School hip hop can be experienced as a tourist. Former talent agent Debra Harris founded HusH – an acronym meaning “Us in Hip Hop” – Tours at the turn of the century. “I really wanted to share the true inside story of the evolution of this music culture,” she says, quoted by Hip Hop Education Center, “ultimately helping people to learn what hip-hop culture was and continues to be; ‘how’ it all started, where exactly it all began, who the influencers and influences were (and continue to be) that made this music lifestyle grow into what has become a $30 billion dollar business today.”

Grandmaster Caz is one of the high profile guides on the tour. He was amongst the first to witness DJ Kool Herc spinning the decks, and went on to become a rapper (Casanova Fly), writer and DJ.

While it isn’t clear exactly how long Old School hip hip lasted, its impact on world culture is undeniable. And the story goes on. Just as the traditions of Jamaica fused with US communities, hip hop changed the game for the music of America and other countries across the decades.