If you’re looking for a new Gothic tower home, something that is absolutely unlike anything else in the neighborhood, a recent report in the Sun says that Hadlow Tower in Hadlow village, Kent, England, is not only on the market, but its price has been substantially reduced.

The Gothic tower home is a Grade I listed folly, and is the tallest of its kind in England, standing at 175 feet. The tower was built onto Hadlow Castle in 1838. It was commissioned by Walter May, a wealthy businessman, as a way of keeping an eye on his wife, whom he believed to be straying with a local farmer. It was designed by a naval architect named George Ledwell Taylor, and is a few feet taller than Nelson’s Column in Trafalgar Square, which was built around the same time. The main, and much older, portion of Hadlow Castle was mostly demolished in 1951, leaving the tower behind. 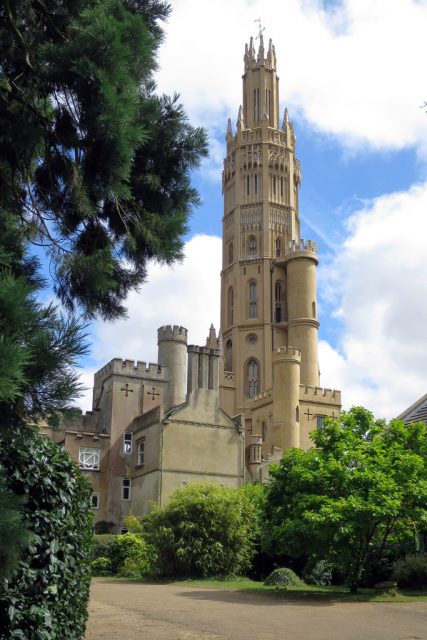 During the Second World War, the tower was commandeered to be use as an observation post to spot and report incoming bombers. The tower survived the war, but took serious damage in 1987 because of a storm, and the next decade brought the need to make repairs for safety’s sake, including the removal of a 40-foot ‘lantern’ which was at the top of the structure. 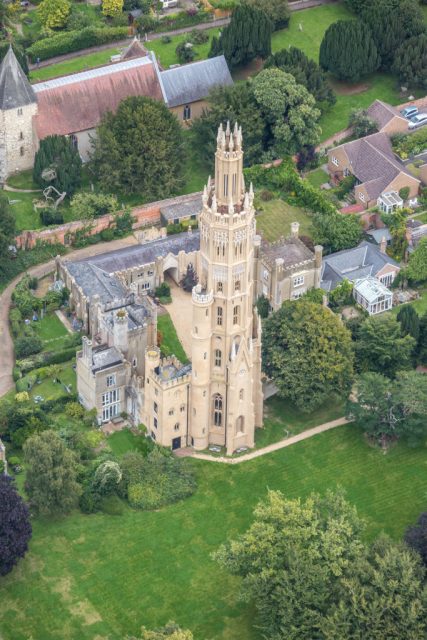 Since then, the tower got a new owner, who did a full restoration with the help of 4.5 million pound in grants from English Heritage and the National Heritage Lottery Fund. The restoration was so well done that it even received an award. Unfortunately, the Vivat Trust, who owned the tower at the time, went into liquidation, and the tower was sold again.

The @thehadlowtower is open for holiday lets again! Get in touch to secure the Christmas and New Year season 2017! https://t.co/OYpe1bdg77 pic.twitter.com/Rmzf38aDVP

According to an article from the local new site Kent Live, between 1999 and 2011 the property was put to a shadier use, being rented out as a spot for adult parties. The steamy gatherings were came to light after a reporter from News of the World managed to get into one of the parties. However, the tower has long since overcome that stage of its life, and has been put to use as a holiday rental, and is being sold as a private residence. 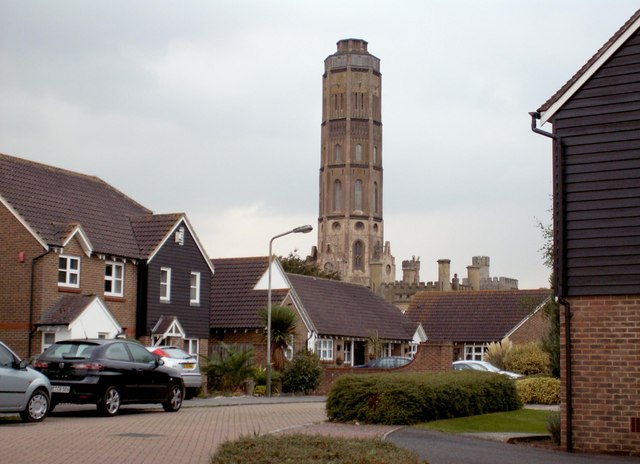 Robert Edwards / A view of Hadlow Tower from The Forstal / CC BY-SA 2.0

Sotheby’s states on its listing that the tower boasts 3,500 square feet distributed over eight floors, five of which have living space. The ground floor holds the entrance and a sizable media room. The kitchen and dining room are located on the first floor, with a drawing room, bathroom, and spare room on the floor above that. The third floor holds two bedrooms, one with an en suite bathroom. 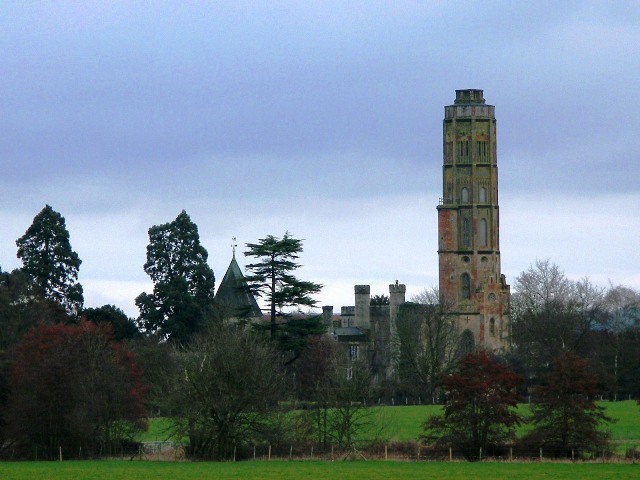 The master suite located on the fourth floor. In addition to the bedroom itself, the suite features a dressing room, an adjoining bathroom on the mezzanine above, and access to a crenelated rooftop terrace which is located on a secondary tower.

The residence is clearly very vertical in its layout, and you can move from floor to floor wither by way of an elevator which services the first five floors or climbing one of the two beautiful and dizzying sets of turret stairs which spiral up the entire height of the building.

The tower’s exterior is a fairytale fantasy with lots of Gothic details. The interior lives up to the same image, featuring ornate arched windows, stonework, beautiful wood, and an enormous arched hearth that’s tall enough to stand in.

In addition to being a beautiful building in its own right, Hadlow Tower is set in park-like grounds surrounded by a gorgeous pastoral landscape, offering impressive views from all sides. Despite its peaceful setting, Hadlow is less than 40 miles from London and has easy access to the city, making it a great choice for a family who wants to take full advantage of city amenities and peaceful countryside.