British star Honor Blackman has died aged 94. The actress was best known for playing Cathy Gale in cult Sixties series The Avengers and Pussy Galore in Bond movie Goldfinger (1964). Cathy Gale was a pro-active, leather-clad agent, not a million miles away from Galore. Indeed 007 producer “Cubby” Broccoli hired Blackman after watching her in The Avengers.

Born in Plaistow east London in 1925, Blackman was a formidable opponent offscreen. Statistician father Frederick had big ambitions for his daughter – as well as guiding her acting career, he also taught her how to box. He then wound up on the receiving end of her fist, having hit her for wearing make up at 17. She described mother Edith Eliza as “warm, but downtrodden” to Saga Magazine in 2015.

On her 16th birthday “she told her father she’d rather have elocution lessons than a bike and, virtually overnight, transformed into an English rose”, according to the Daily Mail. Ever the action hero, Blackman worked as a dispatch rider during the second world war. 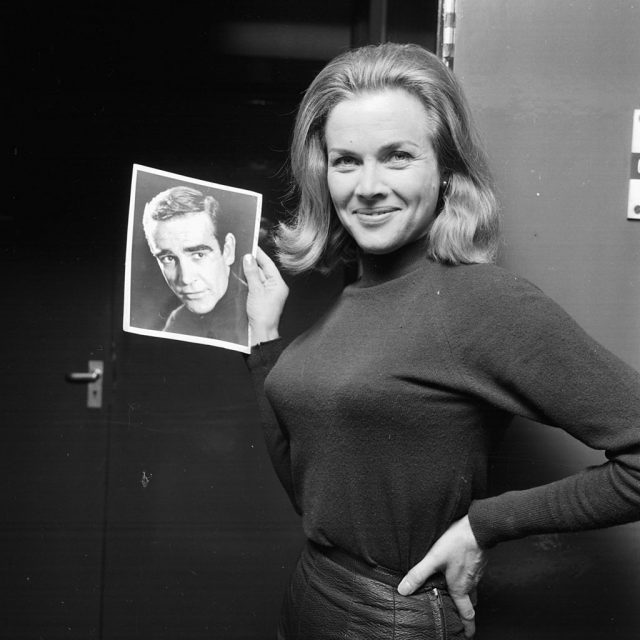 Studying judo cemented her skillset for Cathy Gale – on a related note, she’d often train on concrete and became a brown belt. “When I did The Avengers, I assumed I’d get male fan mail,” she reflected, “especially as there was leather involved. But I got much more from women saying, ‘Go on, good on you’. They found Cathy empowering and that was great.” Blackman left the role in 1964 after 2 years. 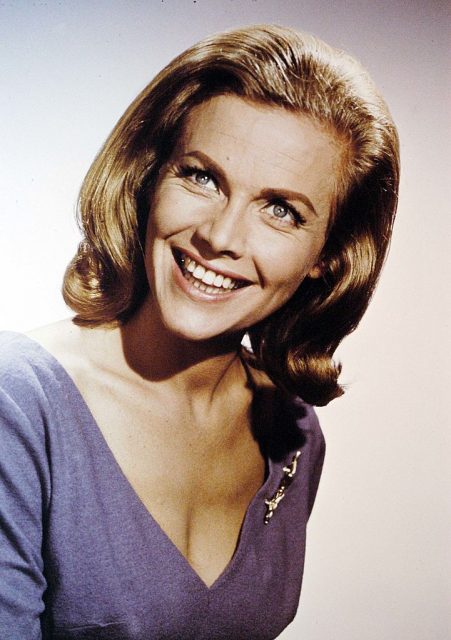 Moving to the world of 007 brought her face to face with Sean Connery. Blackman was 39, 5 years his senior which made her the oldest ‘Bond Girl’ at the time. The pair reportedly shared a close rapport, albeit between violent screen tussles. In a Making Of documentary she revealed, “There’s one scene where he just has to yank me back, and [my] arm was in a disgusting condition for about a week because of the brute force.” 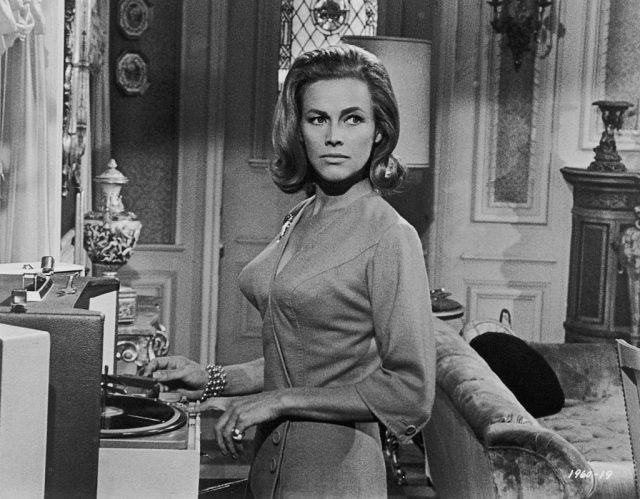 Her self defence guide was published the following year. She wasn’t best pleased with the term ‘Bond Girl’ and felt she and other actresses should be judged more on their abilities. “I’ve only seen Goldfinger twice: once at the premiere and once at the 50th anniversary” she told Saga. “I’ve turned down parts in the past because they required a sexy woman and I didn’t think that was me. I always wanted to play the secretary.”

Her big screen resume included Titanic drama A Night To Remember (1958) and 1963’s Jason and the Argonauts, where she played Greek goddess Hera. Blackman was a regular on the small screen, appearing in many classic shows. Before The Avengers she appeared on The Saint (1962) and went on to the likes of Columbo (1972) and Doctor Who (1986). 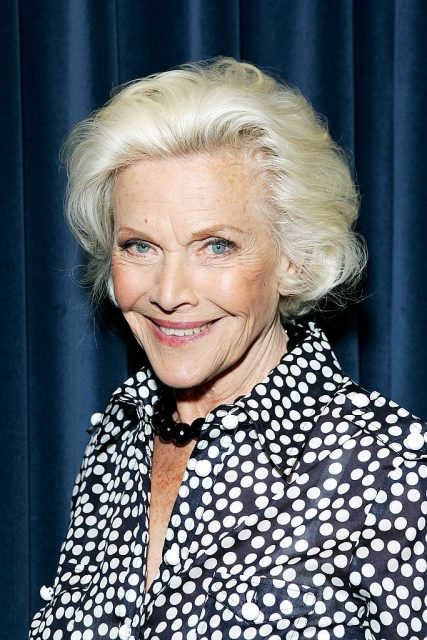 Honor Blackman poses for a photograph whilst recording her single ‘The Star Who Fell From Grace’ at Angel Studios on May 15, 2008 in London, England. (Photo by Rosie Greenway/Getty Images)

She took to the stage frequently and was still treading the boards in her 80s, having beaten breast cancer in her mid-70s. One of Blackman’s recent jobs was as herself in a one woman show. Her final film was Cockneys vs Zombies (2012) and on TV she bowed out with sitcom You, Me & Them (2015). Between 1990 – 96 she played Laura West in sitcom The Upper Hand, a part she relished because it portrayed an independent older woman.

Blackman died of natural causes at her home in East Lewes, Sussex. In a statement, her family described her as “much adored” and a “hugely prolific creative talent; with an extraordinary combination of beauty, brains and physical prowess”. It mentions “her unique voice and a dedicated work ethic” which gave her “an unparalleled iconic status”. Blackman married twice – first to businessman Bill Sankey (1948 – 56), then to film star Maurice Kaufmann (1961 – 75). Both ended in divorce. She had 2 adopted children with Kaufmann, Barnaby and Lottie.

Bond producing team Michael G. Wilson and Barbara Broccoli paid glowing tribute, saying “She was an extraordinary talent and a beloved member of the Bond family.” The Upper Hand co-star Joe McGann tweeted she was a “fiercely bright, superbly funny and a wonderful actress on screen and onstage. I loved every day of working with her and I loved and respected her with all my heart.”

An unforgettable combination of intelligence, strength and beauty, Honor Blackman’s memory will live on through her extensive body of work. RIP.