5,000-yr-old Mystery of the Painted Ostrich Eggs Solved at Last

Ancient painted ostrich eggs are teaching experts about luxury trade during the Bronze and Iron Ages. Kept in the British Museum London, they’re 5,000 years old and were discovered in Italy. That’s confusing in itself as ostriches are not native to the Mediterranean, or indeed Europe as a whole. Even so, these decorated items the size of modern day chocolate eggs were traded worldwide. The Isis Tomb, an Etruscan resting place at Vulci uncovered during the early 19th century, is the historic nest where the eggs were found.

A team from Bristol and Durham Universities in England are ruffling feathers with a new approach to establishing the eggs’ origins. BBC News reports that “Eggs were decorated in many ways – painted, adorned with ivory or precious metals, or covered in small glazed stones or other materials.” The British Museum features 5 of the oval artifacts which are “embellished with animals, flowers, geometric patterns, soldiers and chariots.” 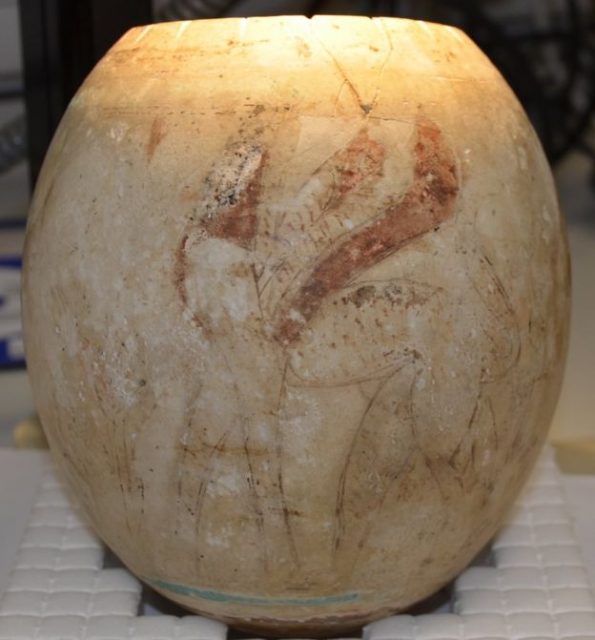 Before only the painted and engraved designs were examined, in hope of telling the story behind the shell. Unfortunately, the information gleaned only goes so far. “This is problematic,” experts write in Antiquity where the findings are published, “as craftspeople were mobile and worked in the service of foreign royal patrons.”

Focus has now been shifted from aesthetics to avians. The latest investigation uses microscopic and isotope analysis to determine not only where the eggs were laid but also what type of birds produced them. 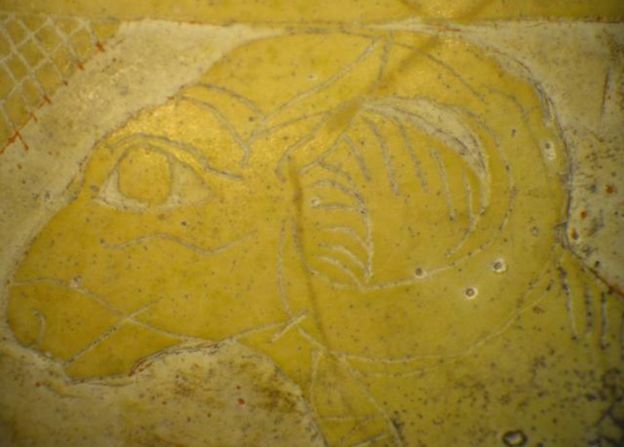 Museum eggs were contrasted with modern day examples from Egypt, Israel, Jordan and Turkey. What were the results? Geography-wise, it appears they were traded “across large distances in the Nile Delta in northern Egypt and the Levant (including Jordan, Syria, and Turkey).” (BBC) Also, while eggs were found in places where they’re not indigenous, a twist was waiting to surprise eggs-plorers. Turns out ostrich-heavy areas didn’t rely on local birds for their product. 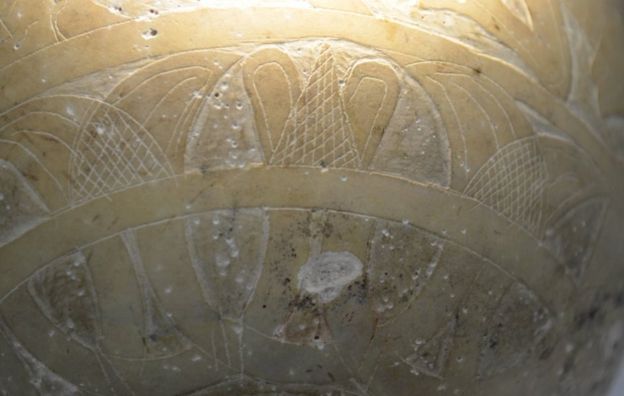 Quoted by the Guardian, project leader Dr Tamar Hodos says, “This was a really unexpected discovery – that just because you could source an ostrich egg locally doesn’t mean you necessarily did.” As ever with archaeology, fresh answers inevitably lead to new questions. Hodos speculates, “was there some prestige value in an egg that was laid in a different climatic zone?”

Captive birds were believed to form the bulk of the egg-bound business. However, Hodos and co realized they were studying the baby casings of wild ostriches, not captive ones. “Wild ostriches are extremely dangerous,” writes BBC News, “so much so that ancient Greek historian Xenophon wrote that no-one managed to capture them.” Just as today’s exotic egg-nappers venture into risky environments for their illegal activities, poachers back then ran the risk of being scrambled.

The world’s most famous flightless bird wasn’t domesticated until the mid 19th century (reportedly) in South Africa. ThoughtCo writes the endeavor was only partly successful. Was it their durability and aggressiveness that made them so attractive to the great and good, leading to their precious eggs being coveted? They were certainly on display for paying visitors way before the South African effort. ThoughtCo goes on to mention, “Keeping ostriches in zoos as exotic pets was practiced in Bronze Age Mesopotamia at least as early as the 18th century BCE (Before the Common Era).”

While ostrich egg designs have long been pored over, recreating them exactly has proved challenging. The Guardian reports that “microscopic scanning revealed the intricacy of the techniques by which their geometric or floral designs were produced, although some of the methods remain a mystery.” Seems the ways of ancient egg artisans are still elusive to modern eyes. Next on the archaeological ‘to do’ list… an exploration of why ostrich eggs were quite such a smash in the Mediterranean.

Despite unanswered questions, one thing’s for certain – how these exclusive painted ostrich eggs were produced and distributed is looking less like an ancient yolk tale. Sorry, folk tale.