Ireland has not forgotten how one Native American tribe helped them out in their time of need – the Great Potato Famine of the 1840s which was catastrophic for Ireland’s population. One of the groups that has been hit hardest by the current global situation is Native Americans, many of whom are not only economically distressed, but, depending on the tribe and the area may also have limited access to health care, or even to electricity or running water. Many also have pre-existing health conditions that put them at greater risk if they contract the virus.

Help for some Native American communities is now coming from an unexpected source, the people of Ireland. Concerned that Native Americans would not be able to receive adequate funding from the federal government, one Navajo public official started a Go Fund Me account to help raise funds to help Navajo and Hopi families get through the current crisis. As of the time this article is written, that account has raised 3.4 million dollars, a lot of which has been donated by hundreds of Irish citizens, according to a recent report from Smithsonian Magazine. 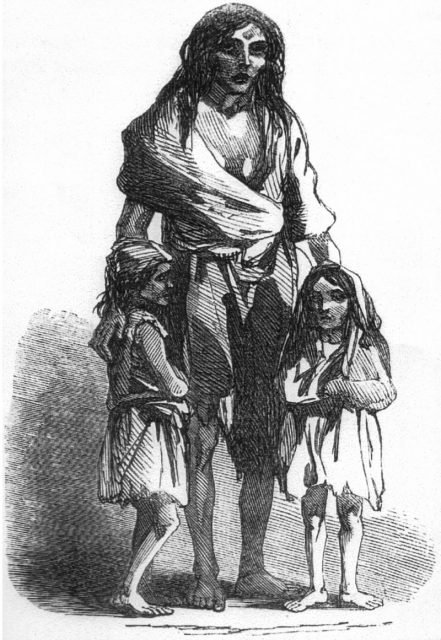 It’s an act of incredible kindness, and is all the more unexpected since Ireland, like everywhere else, is dealing with its own problems. You might even wonder why so many citizens of a foreign country would be making donations to a group which is not only completely unrelated to them, but who live on another continent.

The answer to that question is that they are returning a favor. In 1831, the Choctaw were the first of the tribes that the American government ousted from their native lands and sent on the Trail of Tears. Their march was 500 miles long, and while they were making the trek, illness, starvation, and exposure did in about one-third of their population. 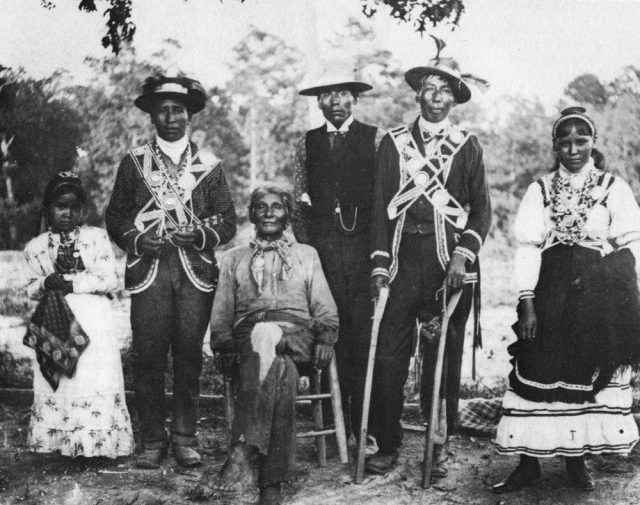 Members of the Choctaw tribe

Sixteen years later, in 1847, established in their new lands in Oklahoma, the tribe was still struggling for survival when they heard about the Potato Famine in Ireland. For about half of the 19th century, thousands of Irish immigrants had steadily been making their way to America in search of a better life. As a result, when the famine struck, the news quickly made its way to the US, shared by friends and family back home. It also got a great deal of attention from the American Press.

Despite the tribe’s own difficulties, at a meeting that was held on March 23, 1847, the Choctaw people were asked to gather as much money as they could spare to send as part of the relief efforts to those who were starving in Ireland. 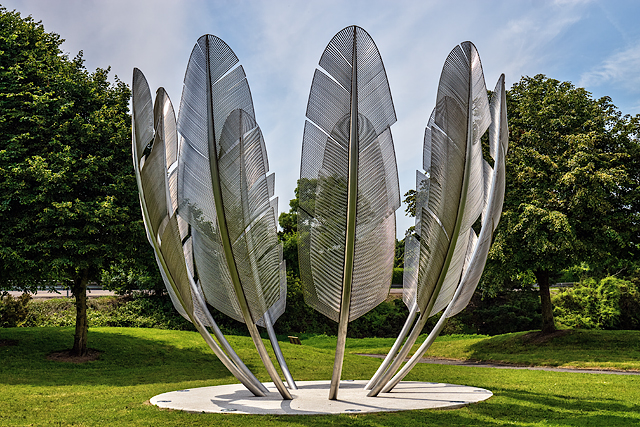 Kindred Spirits, a sculpture in the Irish town of Midletown, which commemorates the donation sent to Ireland by the Choctaw people in 1847. © Copyright Mike Searle CC

So they did. In all, the tribe managed to scrape together $170 to send to Ireland. Back then, that would have a buying power of over $5,300 in today’s dollars. It was a substantial amount, especially coming from a group who didn’t have much to spare to begin with. Even though the tribe had their own struggles, or maybe because they did, they sent money they could ill afford to total strangers who were in dire need. Many Americans saw it more a sign of the effectiveness of spreading Christianity among native tribes than a sign of empathy, but that didn’t diminish the act.

Although that happened 170 years ago, many Irish citizens still remember. Many private Irish citizens have been making donations to the Hopi and Navajo Go Fund Me account, saying specifically they are doing it because of that act by the Choctaw so long ago.

Related Article: Why the Navajo Skinwalker is the Most Terrifying Native American Legend

Ireland found out about the fundraiser for the Native American tribe after Naomi O’Leary, a journalist from the Irish Times, tweeted about it, and her tweet gained numerous likes and retweets. As of last Tuesday, organizer for the fundraiser were estimating that half a million dollars of the donations they received have come from Irish Citizens, according to a CNN report.

The money will be going to provide food, water, and other necessities for Hopi and Navajo families who have been impacted by COVID-19. So far, there have been more than 2,400 confirmed cases of the virus among the Navajo people.