New Video From Yarnhub: The American Who Put Himself Into Slavery

Accounts of slavery form some of the darkest chapters of human history. But there’s an unusual story where the typical roles were reversed.

It focuses on James Riley from Connecticut, who was Captain of the Commerce, a 19th century merchant ship.

In 1815 the Commerce was shipwrecked off the north African coast. Their voyage was supposed to go from Gibraltar to the Cape Verde Islands – unfortunately fog set in and they ran aground.

After their back up longboat also sank, Riley and crew swam ashore.

They were then threatened by 3 natives. Riley was captured while the men escaped. Tragically crew member Antonio Michele died when swimming back to help.

Watch the video below

The Captain finally got away, and with the rest of the crew took another longboat out to sea. It was a desperate and ultimately futile move… they were forced to return after 9 days on the water.

There were no natives to greet them, but Riley and co faced a long and punishing trek. The Captain hit on an incredible plan.

He believed their only hope lay in appealing to the natives, selling themselves as slaves! Some passing Berber tribesmen duly granted their grim wish… having already endured a nightmare, the crew’s troubles were just beginning!

They were split up and lived an agonizing existence with very little rest, food or water. When 2 Arab brothers – Sidi and Seti Hamet – appeared looking for slaves to buy, Riley convinced them to take him to the western Moroccan city of Essaouira (back then called Mogador). 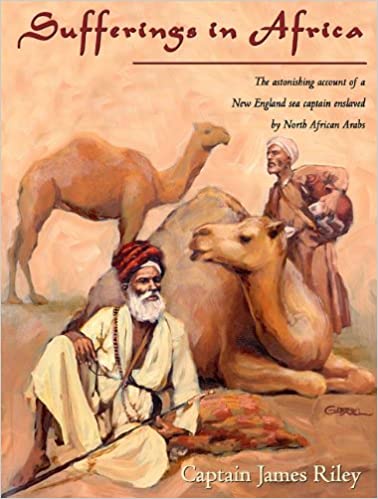 He said he knew someone there who’d pay a handsome reward for his safe return. Riley took a huge gamble, as in reality he wasn’t sure anyone there could help!

Luckily for him there was, in the shape of British consul William Willshire. Riley won his freedom and while some of his men were recovered, some disappeared. He wrote up his extraordinary story in a memoir in 1817. And Riley never forgot his fallen crew.

He also named his son after William Willshire, as well as founding Willshire Village in Ohio by way of tribute. It’s said he dreamt of Willshire during those cold nights in the desert, days before he met him!

Meanwhile, Abraham Lincoln was heavily inspired by Riley’s book. Without Capt James Riley, his views on slavery might have been very different…