It’s been more than a century since Norway excavated a Viking ship, but experts are gearing up to do so again as soon as they possibly can, perhaps even next month. In 2018, officials located the burial of the historic 65-foot long Gjellestad ship, a huge vessel used by the Vikings. This one is approximately 1,200 years old, a rare find for archaeologists.

It is situated on what was once a burial ground, but more importantly, it has been lying near a damp, soggy drainage ditch that has imperiled the wood from which it was made and caused fungus to “attack” it. Consequently, officials are in a race against the clock, and that wet environment, to save the ship, and get it excavated more or less in one piece, if at all possible.

It was more than 100 years ago when Norway last discovered and retrieved a ship of this significance; three ships, actually, retrieved in relatively quick succession — in 1868, another in 1880, and a third in 1904. Today, of course, experts have sophisticated archaeological technology at their disposal to help uncover the vessel, and the Norwegian government has committed $1.5 million (USD) to get the job done properly, safely, and thoroughly. 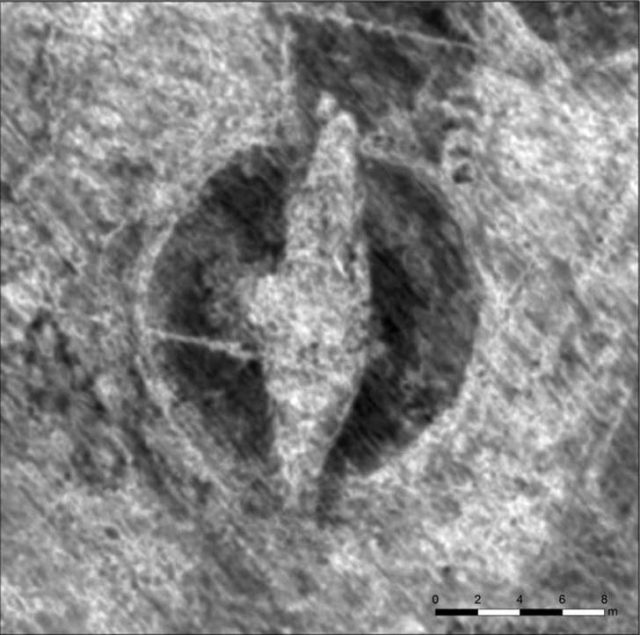 Georadar image of the Viking ship. Photo courtesy of NIKU

“It is urgent that we get this ship out of the ground,” insisted Sveinung Rotevatn, Minister of Climate and Environment recently in a statement to the media in Norway. The team from the Norway Institute For Cultural Heritage Research (NIHR) used geo-radar to find the ship two years ago, but last year discovered that the ditch, located so close to it, was causing the wood to deteriorate badly. The dampness has also led to mold, and so has its exposure to air. 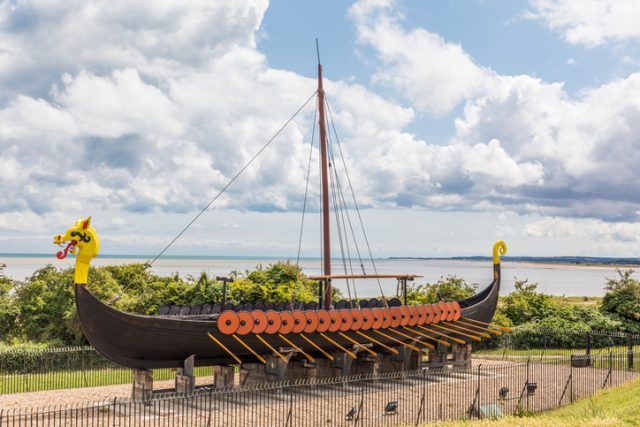 A restored Viking sailing ship or longboat at Pegwell Bay in Kent, UK.

In fact, if the project were to be delayed much longer, the vessel might start coming apart before the team could get it to the surface. An initial investigation took place last year to learn just how delicate the ship’s condition is, and that examination revealed that, in fact, the upper section of the hull is indeed rotting. 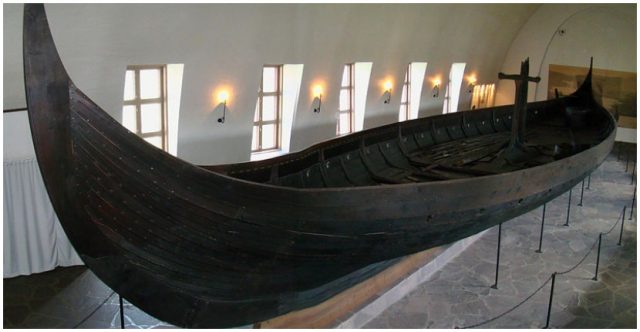 The Gokstad Ship in the purpose-built Viking Ship Museum in Oslo, Norway. The ship is 24 meters long and 5 metres wide, and has room for 32 men with oars to row. Photo by Bjørn Christian Tørrissen CC by SA-3.0

But experts cannot be sure about the rest of the vessel; they only know that the longer it is exposed to air, and the longer fungus is able to get into the wood, the more extensive the damage will be. The excavation will also, experts hope, teach them a great deal about the Viking habit of ship burials. It was a deliberate act, and one that is still not completely understood, even by scientists, historians and archaeologists in Norway. 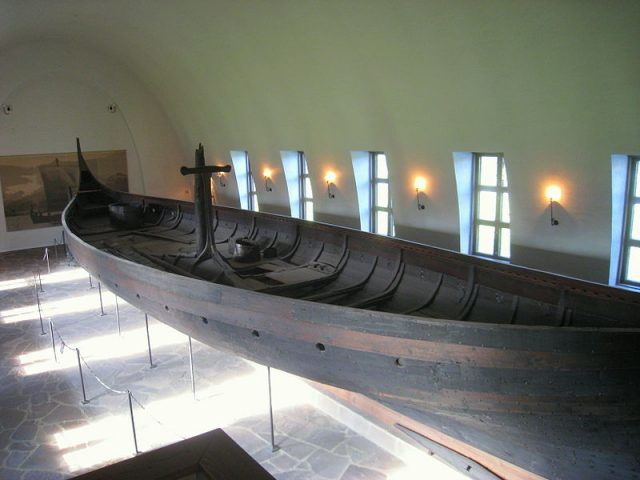 Jan Bill, who is curator of the Viking Ship Collection at the Museum of Cultural History, told the website The Maritime Executive on May 13th, “…with the equipment we have today, this gives us a tremendous opportunity to understand why these ship burials took place.” One theory is that they were buried along with an individual, or more than one person, in a symbolic ritual that represented their importance from a marine perspective.

For example, perhaps an important admiral was buried with the vessel he commanded, rather like kings in Egypt were buried with objects and even animals when their tombs were built. The team is anxious to get going on the excavation, and assuming the government approves the investment — the largest ever in its history for an archaeological project like this — work will get going as early as possible next month. That approval is forthcoming, the government said.

Thanks to the new geo-radar, the team from the Institute hopes it will lead them to sites of other ship burials around the country, which in turns leads to more opportunities to learn about and understand Viking history. But the priority right now is, everyone agrees, to get this particular Viking treasure out of the ground and preserved as efficiently, and as quickly, as they possibly can.

« Sinkhole Opens up Near Pantheon Exposing Underground Roman World
New Video From Yarnhub: The American Who Put Himself Into Slavery »