Beginning in 2016, authorities from twenty-nine different countries began an antiquities sting and banded together to find stolen art treasures, archaeological items, musical instruments, weapons, gold, ancient coins, historical furnishings, written works, and other precious items. The investigation was called Operation Pandora, and it was led by Cypriot and Spanish police with Europol and Interpol.

Since then, there have been two other Pandora campaigns leading to a total seizure of nineteen thousand pieces of stolen cultural goods from one hundred and three countries —such good results that, in May 2020, an announcement was made for a fourth campaign.

According to Europol, Pandora One, which operated in October and November of 2016, found over four hundred coins and a total of three thousand five hundred and sixty-one art treasures and cultural goods; five hundred archaeological objects were found in Murcia, Spain, some of which had been stolen from the Archaeological Museum in Murcia in 2014. These discoveries launched ninety-two new investigations and resulted in seventy-five arrests and searches of thousands of persons, vehicles, and ships. In Greece, a post-Byzantine statue of Saint George, two Byzantine artifacts, and a marble Ottoman tombstone were seized. 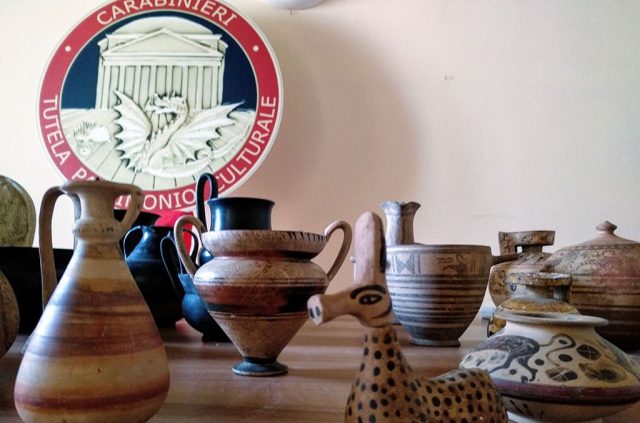 Ceramics and figurines recovered in Italy. (Courtesy of Interpol)

Pandora Two took place from October to December of 2017 and coordinated with Operation Athena joining together customs operations and authorities from eighty-one countries. Over forty-one thousand objects were held, two hundred investigations opened and fifty-three people were arrested. Interpol reports that in Greece, Pandora discovered two residences and two businesses belonging to a wealthy collector who did not have the proper licenses and seized forty-one archaeological objects. 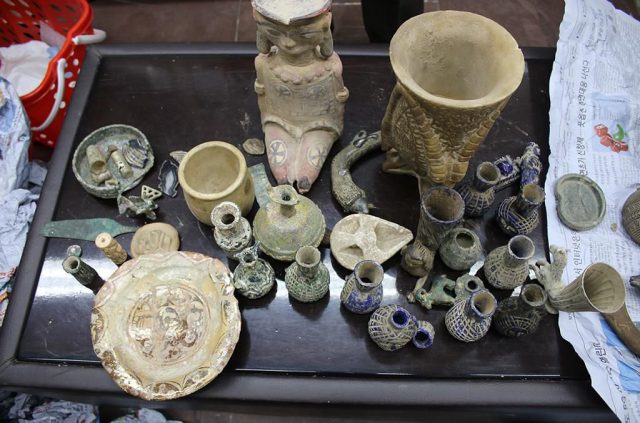 971 artifacts were recovered at Kabul airport, Afghanistan. (Courtesy of Interpol)

From his legal coin collections, a number of pieces were missing, presumably illegally sold, as well as twenty-six objects from a legal collection of archeological finds leading to the confiscation of all culturally valuable and archeological items in his possession. In Spain, Guardia Civil seized two thousand coins, archeological objects, ivory, over thirty historical weapons, and several modern weapons with that investigation not yet closed, and another Athena operation may be in the works. 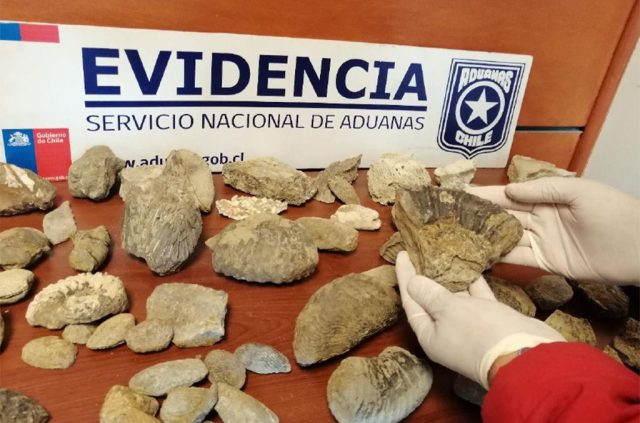 Pandora Three netted over eighteen thousand objects and fifty-nine arrests during their antiquities sting in October of 2018. In a single Spanish Guardia Civil’s investigation, over ninety ceramic artifacts and over one hundred ancient coins were taken from post offices and private homes by the Italian Carabinieri Command for the Protection of Cultural Heritage, and in Romania one hundred and eighty-nine ancient coins, one hundred and twenty-eight pieces of Roman military equipment, and over one hundred pieces of ceramics were seized by Poliția Română.

Customs in Germany confiscated an ancient Mesopotamian crystal cylinder seal that came through the mail, and a 15th-century bible that had been stolen from Germany was discovered by Dutch police. In Poland, four hundred and seventeen items were seized by police. Spot checks at museums, private homes, galleries, and auction houses have resulted in forty-nine arrests, while checks at airports, seaports, and border crossings have turned up over two hundred stolen treasures, and archeological site inspections have resulted in six arrests and almost a thousand objects recovered.

Authorities also took metal detectors and other things used to facilitate the trafficking of the antiquities. Because of the internet, stolen antiquities have a much better chance of being advertised and sold than ever before. The Dutch authorities set up a cyber patrol targeting one hundred and sixty-nine websites, so far finding six hundred and eighty-two items offered illegally.

According to artnet news, in 2018, a separate four-year antiquities sting called Operation Demetra cracked open an international smuggling ring dealing in Roman and Greek artifacts stolen from Sicily’s Agrigento—The Valley of the Temples. Designated a UNESCO heritage preserved site, it is arguably one of the most important testaments to Greek culture and art as well as an important tourist draw. Thirty-eight Italians, British art dealer Thomas William Veres, and two others found in Ehingen, Germany and Barcelona, Spain were arrested for decades of allegedly stealing artifacts from the site and selling them through auctions in Munich, Germany.

The Sicilians, among them Francesco Lucerna, are believed by authorities to have used couriers, organized crime members, and gangs who would sometimes replicate the artifacts and sell them as authentic. Over three thousand artifacts have been recovered as well as an illegal dig site.

« New Video From Yarnhub: The American Who Put Himself Into Slavery
This Village in Japan Claims to Hold the True Burial Place of Jesus »