Sophie Friederike Auguste von Anhalt-Zerbst-Dornburg, the German girl who would become Catherine the Great, one of Russia’s greatest rulers, was born poor but aristocratic in Stettin, an area of Prussia back then that is today part of central Germany. At only 16 years of age, in 1744, she was sent to Russia to wed the son and heir apparent to the Russian throne, Peter III, grandson of Peter the Great. They wed the  following year, in August, 1745.

Soon her birth name, Sophie, was changed, and she became Katerina (Anglicized to Catherine). That is the name by which she went down in history, and the name we use today that provokes images of a strong, independent and feisty female who shunted her husband aside so she could rule Russia less than a year after their wedding. To some, she was a breath of fresh royal air; to others, she was a spoiled, willful woman who did not know her place.

But there is no disputing that Catherine earned her renown by trying to modernize Russia, reform its courts and bring European culture not only to the palace, but to the people. It was she who was largely responsible for the creation of one of the world’s largest museums, the Hermitage, in St. Petersburg. She was a self-described “art hog,” and collected pieces from artists everywhere in Europe. 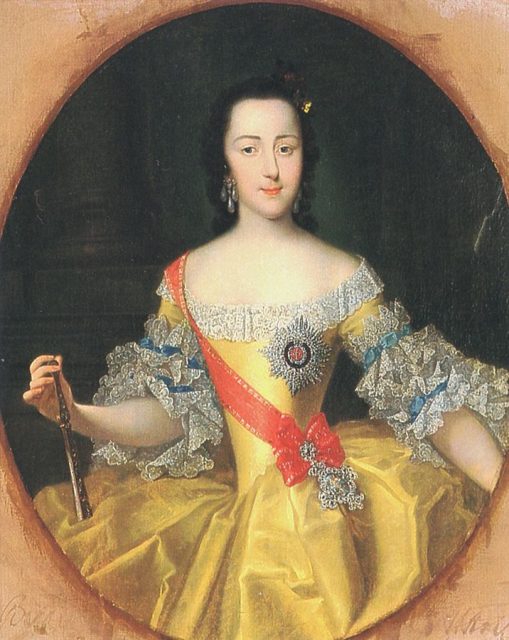 Her husband, meanwhile, was by all accounts a lazy, corrupt man who cared little for his responsibilities to the Russian people and cared nothing for his duties as king. Catherine, on the other hand, ruled firmly, with vision and determination until 1796, making her the longest running female leader in Russia’s storied history. 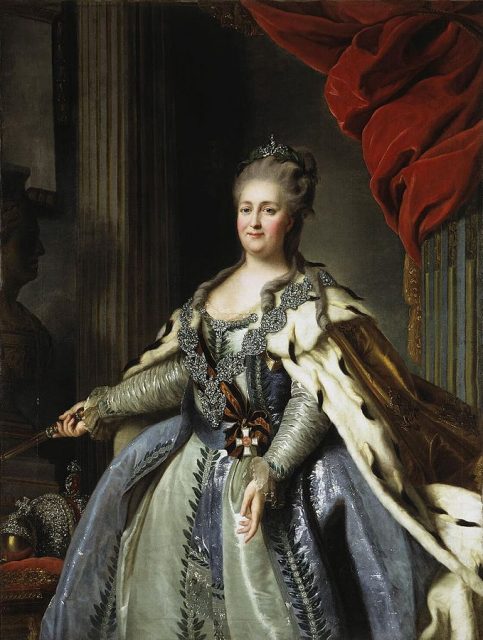 Now, Catherine’s story is being told in a new series on Hulu. The new series, billed simply as “The Great,” takes plenty of license with the empress’s story, and lands decidedly on the side of good fun while injecting a few historical facts only sporadically. It has been penned by Tony McNamera, who wrote “The Favourite,” another queen’s tale — Queen Anne of England — that won an Academy Award for its star as best actress, Olivia Colman, two years ago. 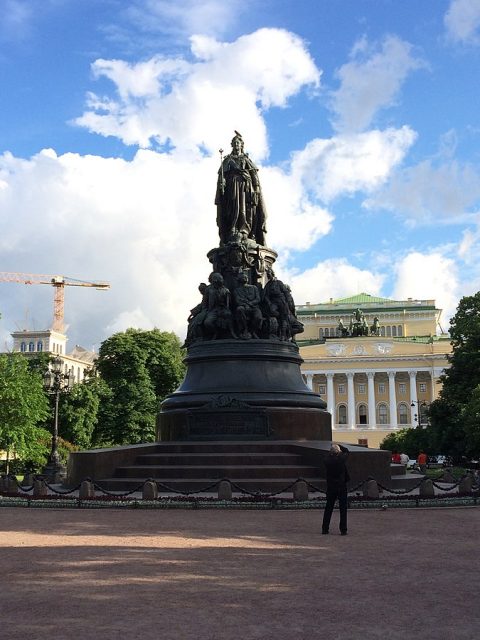 Monument to Catherine the Great in St. Petersburg, Russia. Photo by
Mplogino CC by 3.0

In this effort by McNamera, it’s Elle Fanning in the starring role, while Nicholas Hoult plays her layabout husband. The series began airing on Hulu in mid-May. There are many stories that swirl about Catherine, some damaging to her legacy and little more than rumor. One, for example, that constantly crops up (and which historians are quick to dispel) is that she died while trying to copulate with a horse. Yes, a horse. It’s nonsense, obviously. Nowadays it would be called fake news. Catherine died of a stroke in 17 November, 1796.

But it’s a prime example of how many people begrudged Catherine her power, and sought to discredit her with innuendo, rumors and scandal. She had love affairs outside her marriage, and doing so made her a target for those who held stricter beliefs about the sanctity of marriage, and looked askance at those who dallied outside their unions. Catherine did what she wanted, more or less, and felt her lovers were no one’s business but hers.

Not all her strategic and political moves were admired either. Under her direction, the territory of Crimea was incorporated into Russia, a decision that received mixed responses from her critics and allies alike. The series does not pretend to be a factual representation of Catherine’s life and career. More than anything, producers say, it is a romp, meant to entertain as well as enlighten, with great sets, costumes, and other paraphernalia representing 18th century Russia.

Related Article: “Bloody Mary” – Why that Horrid Nickname was Unfairly Given to Mary I of England

In these precarious times in which we’re living an escape into Russia in the 18th century, with a bold, forward thinking woman at its helm — sounds like just the escape we all need once in a while, even if we’re forced back to reality at the end of The Great’s first season.