Canada’s western provinces are famous for many things: dinosaur fossils, the Rocky Mountains, helicopter skiing in Banff, and one of the world’s best and most famous dinosaur museums, the Royal Tyrell Museum of Paleontology in Drumheller, Alberta. One of the museum’s finest fossils belongs to a plant eating dinosaur called a “nodosaur,” a creature archaeologists say was almost 20 feet long and weighed in at close to 3,000 pounds when it lived 110 million years ago during the Early Cretaceous period.

A particularly unusual feature of this dinosaur was the way in which it expired; after eating a full dinner, it simply passed away while lying in a river bed, ultimately making its way out to sea. Perhaps a rain storm washed it away, or perhaps some other climactic event; no matter how it ended up there, the consequence was that the fossil survived in almost perfect form. It was discovered in 2011 by an oil sands worker in northern Alberta.

The dinosaur has given experts many fresh insights not only into this particular species, but the time period in which it lived. Experts at the museum say the specimen is so well preserved, entombed as it was in pure mud, that it is the best, most complete dinosaur fossil ever found — anywhere.

The dinosaur next to a modern human for scale. Image by Nobu Tamura CC by 4.0

And it isn’t just the dinosaur’s frame that was exceptionally well preserved — its stomach, which contained the remnants of its last meal, were also frozen in time. That has enabled archaeologists to study those contents and learn much about what herbivores during that period ate — largely ferns and other shrubs, a new study says.

“The preservation is so great,” said Caleb Brown, a dinosaur curator at the museum and lead author of the study, “we can actually (comment on) the stomach contents.” Those contents consisted, in essence, of a bunch of pants leaves and ferns tightly compressed into a ball. This also tells the story of the season during which the dinosaur lived, and when it died. 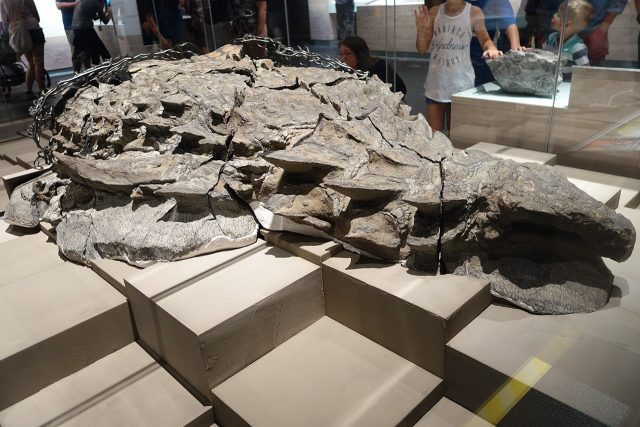 When the oil crew came upon the unlikely discovery nine years ago, they contacted the museum immediately, which sent a team of experts to examine and excavate it. It is preserved right down to the spiky, bony armour that covered its body. Its formal scientific name is “Borealopelta markmitchelli” — the last half bestowed as an honorific to the man, Mark Mitchell, who spent years carefully removing dirt, mud and other debris from the fossil before it went on display. 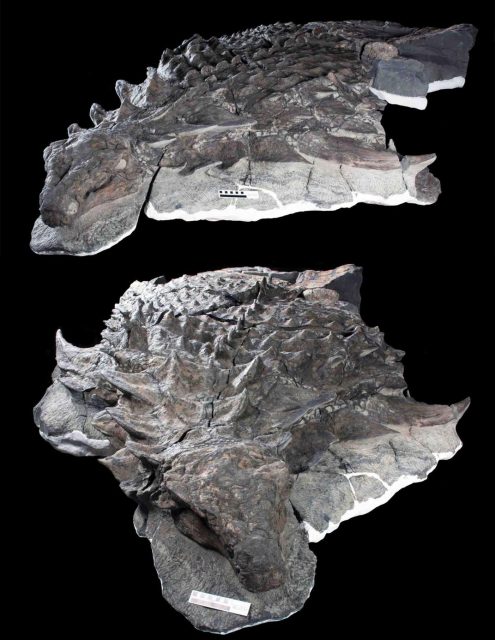 When this beast roamed what is now northern Alberta, the climate was markedly different than it is today; that area, particularly in winter, is exceedingly cold and inhospitable except to the hardiest mammals. But back then, the temperatures were warmer and the region was more wet, experts say, and so Borealopelta thrived in those conditions, as there was lots of vegetation for it to eat. For scientists to find stomach contents so well kept is extremely rare, Brown noted. 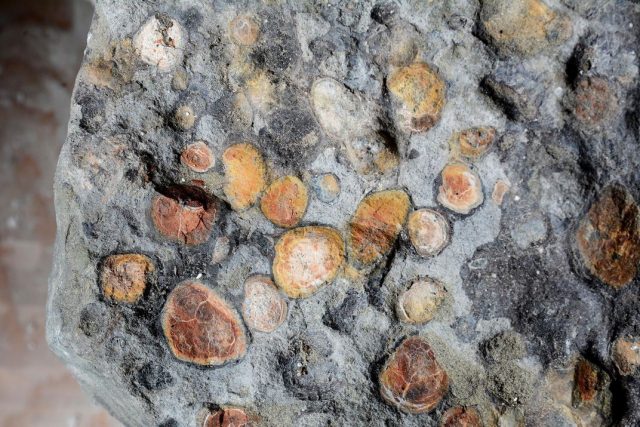 The nodosaur’s stomach contents studied under a microscope. (© Royal Tyrrell Museum of Palaeontology)

For the team that worked on the fossil and examined the stomach’s remains, the project brought almost to life the environment in which dinosaurs roamed, what they ate, and exactly how they looked. This specimen is much more than a collection of bones; it looks like an almost-alive animal from another era. And it wasn’t only the team that worked on this Borealopelta that got excited by the discovery and the subsequent study; archaeologists, paleontologists and many other specialists across Canada and the world became excited by it too. 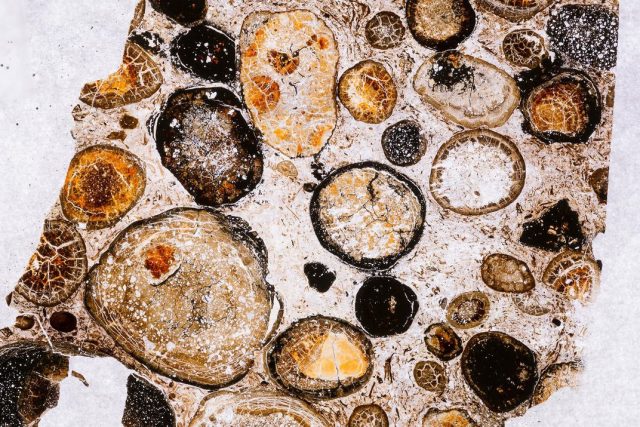 “It paints a really evocative picture of this environment that this dinosaur would have been passing through,” noted Victoria Arbour, dinosaur curator at Canada’s Royal B.C. Museum. “You can envision the very specific event,” she added, that led to the creature dying in the riverbed and then being swept out to sea. “I thought that was really, really cool,” Arbour enthused.

Spoken like a true science nerd, but her sentiment is echoed by her entire professional community. The dinosaur prompts that reaction in the general public, too, who can visit the fossil in Drumheller, and imagine what Alberta was once like, and the massive dinosaurs that roamed across it and left fossils for us. Thanks dinosaurs.