The Cannonball Run, the drive across America, has a new record holder. While most folks were either just emerging from lockdown or still staying at home, a bunch of car enthusiasts in New York City were helping their friend, Fred Ashmore, get ready to take on the record of the fastest drive between their city and Los Angeles, known colloquially as the Cannonball Run.

For years, drivers have decided to get behind the wheel of some stripped down, souped up vehicle to see how quickly they can drive from one coast of the country to the opposite one. Recently, Ashmore set out from the Red Ball Garage in Manhattan and headed out to California, driving at approximately 108 miles per hour the entire way – and made the cross-country journey in just over a day! 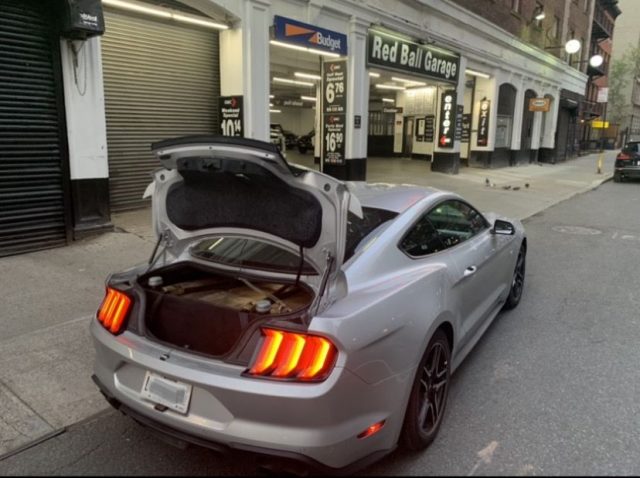 He stopped to refuel only once, because he had modified a rented Mustang GT so thoroughly that he had large, extra tanks of gas that fed his main tank most of the way. Ashmore had even redone the trunk, so it could hold an additional 51 gallon gas tank that crudely but effectively kept him from having to stop to refuel more than one single time. 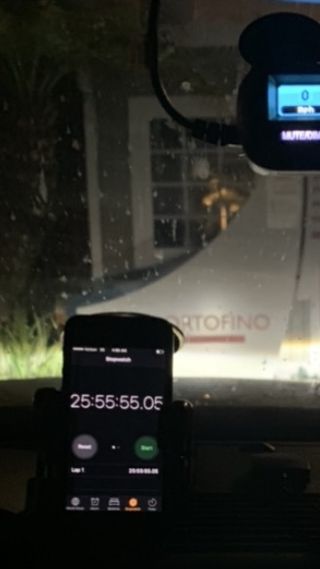 Of course, one has to wonder: why? Why on earth is the idea of speeding across America in a single day, if possible, so enticing? It’s hard to say, but Ashmore is part of a long tradition of racing junkies who were immortalized in the 1981 movie, “Cannonball Run,” with Burt Reynolds, Dom DeLouise and Dean Martin, which glorified the outlaw antics of these drivers. The movie was a critical flop but a commercial smash, which offers a bit of insight into the lifestyle, hobbies and obsessions of these wanna-be race car drivers. 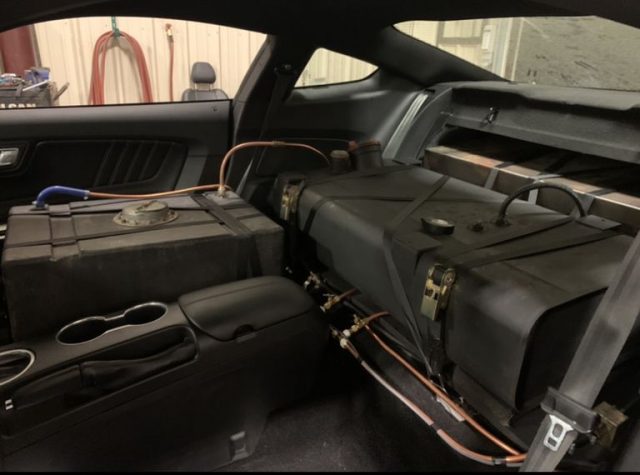 Inside the refitted Mustang. (Photo courtesy of Fred Ashmore)

Ashmore completed his race in a jaw dropping 25 hours and 55 minutes, beating a previous record set in 2015 by David Simpson, and a new record, set by Ed Bolian in 2019. He did the journey in just under 29 hours last year. Although Ashmore shot video footage along the way and sent it to his brother and girlfriend, there is no absolute, technological evidence — like third party GPS — to verify Ashmore’s account. But fans of the race seem willing and able to take him at his word, and are now wondering whether some other speed freak will try to break the new time next year. In 2013, a team of three took on the race, and came in at 27 hours and 25 minutes, driving a modified Mercedes Benz. 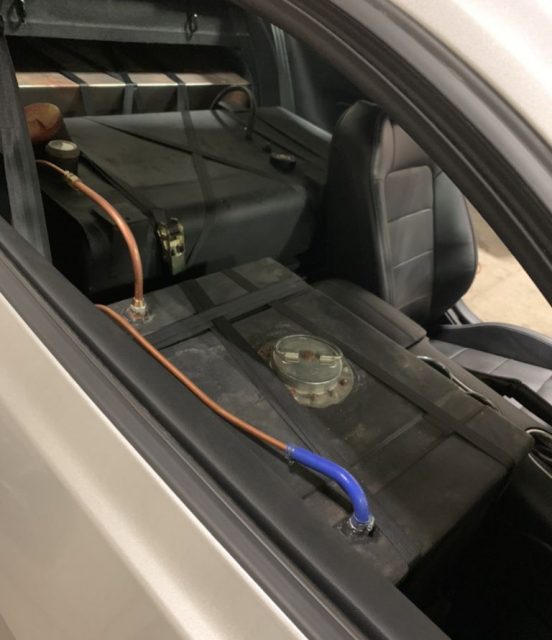 One of the biggest dangers of this race against the clock — apart from taking a turn too quickly and dying in a fiery blaze — is the ever present risk of coming across police cars and the radar equipment they use to catch speeders. Ashmore says he encountered no cops, although admits that, at one location, he had to make some quick-thinking manoeuvres to outwit officers along one particularly tricky portion of highway.

But he made it, and pulled into the Portofino Hotel & Marina, at Redono Beach, California, just before 5 a.m. the following day.
The United States has a long and storied history of zany, daredevil races, and not just with automobiles. Most summer and fall fairs host monster truck rallies, during which a huge truck, outfitted with massive wheels, crushes cars while crowds cheer and go wild.

There are jeep races too, and the famous 24 Hours Of Lemons races that occur all over the country come spring and summer. In the latter race, entrants must buy and repair a used car that costs no more than $500 (USD), and then face off against one another in a kind of ersatz Le Mans Race, the famous and prestigious one for true race car drivers.

So until next year, when another driver decides to get behind the wheel of some stripped down, souped up car again to attempt the cannonball run record, they can say they made it from New York City to L.A. in just over a day – or even less who knows!