An ancient longboat has been discovered by a lucky Irish boy who was out playing instead of hitting the books. The saying goes that everything which is lost eventually gets found, but sometimes the things that get found are very unexpected. That was proven when 12-year-old Cathal McDonagh decided to skip out on doing his homework and go fool around in the lake behind his house in Lisacul, in County Roscommon, Ireland.

Ireland’s Independent recently reported the boy’s unexpected discovery of an old boat that could be as much as 4,000 years old.
According to Cathal’s mother, the young man had abandoned his school work to go wade in the lake. He was wearing his wellies, tall rubber boots to Americans, and was only about ankle-deep in the water. While he was exploring, he stumbled on a piece of wood. When he tried to pick up what he found, he discovered it was a lot larger than he thought, too large, in fact, to lift on his own.

Ireland has been dry enough that water levels have dropped in many of its lakes, so despite the fact that the water wasn’t very deep, he was still able to go farther into the lake than he normally would have. That may also explain why no one else had already discovered the boat. 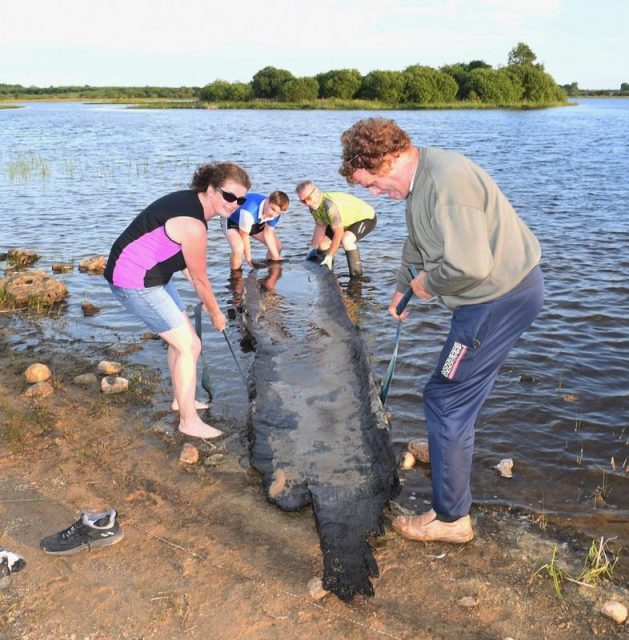 He ended up calling his parents and siblings to help him get the object out of the water. When he told his mother, her first thought was that he tripped on a fencepost, since the immediate area is largely agricultural, but his family still went to the lake to take a look. One end was sticking out of the water, but most of it was buried in sand and mud.

Everyone was pretty surprised when they realized what they had been lifting was a 17.5-foot-long wooden boat of ancient construction. It appeared to be carved out a log and was in a remarkably good state of preservation, according to Ancient Origins’ report on the find. The boat’s discovery is rather unusual, since there haven’t been many log boats found in the British Isles that are still in good condition. 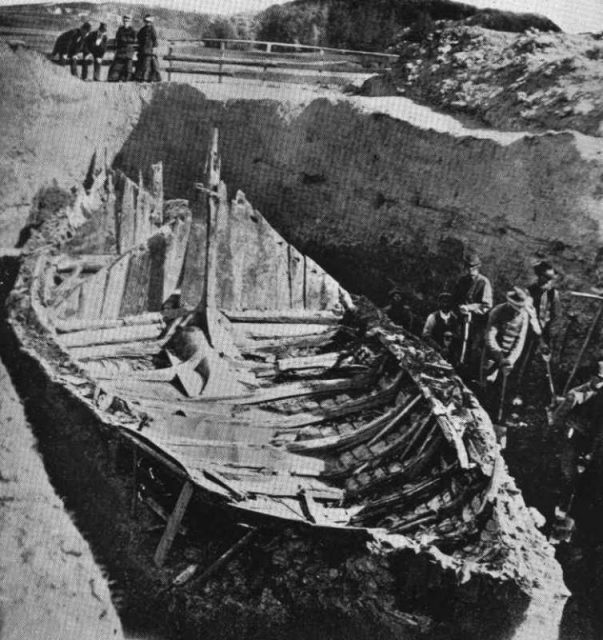 Although there might have been a river flowing through the area centuries ago, the lake behind the family’s home is inland. It also holds at least one crannog, a type of man-made island that was usually surrounded by a palisade. Ancient Celts used to construct them both as habitations and as a means of defense.

Crannogs are the oldest type of dwelling places in Ireland, dating from the county’s prehistory, and were still used until the 18th century. Besides the crannog, the area around Lisacul is also home to at least seven ring forts, a kind of fortified, circular settlement that was common from the Bronze Age until around 1000 AD. The various settlements demonstrate that the area has been home to humans for thousands of years. 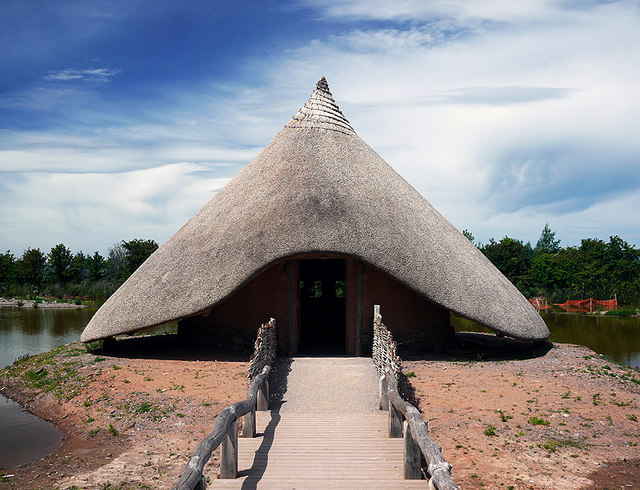 Example of a Crannóg, an artificial island constructed in lakes or rivers which made it difficult for intruders to attack. They were most common in Ireland. This replica has been constructed using authentic materials. The walls are mainly composed of clay with lime and some hemp fiber.© Copyright Rossographer CC by 2.0

Recognizing the boat could be historically significant, the family reached out to the Underwater Archaeology Unit of Ireland’s Department of Culture, Heritage, and the Gaeltacht to alert them to the discovery. Experts will come out to examine the boat to try to learn more information about it, including some definitive idea about its age.

In the meanwhile, the family was encouraged to put the boat back in the water to help keep it protected from environmental conditions until it can be studied in detail. Archaeologists may also do a more extensive search of the immediate area, to see if they can find any other artifacts.

Related Article: Turns out the Irish have more Viking in them than Previously Thought

The fact that lake boasts a crannog could suggest that the longboat found by the Irish boy dates from the medieval period, but, like the ring forts, it could also be much older: as much as 4,000 years old. No matter how old the boat ends up being, it can still make a substantial contribution to the knowledge of Ireland’s history thanks to a boy who was avoiding his schoolwork.