From the outside it looks like a rustic building of some kind. The reality is very different! Erected in 1856, this barrel-roofed stone structure contains just 2 cells and a corridor. There’s a 6 x 6 ft cell for one lucky guest, with the other measuring a slightly more accommodating 6 x 8 ft. It isn’t a long term solution and is designed as a holding cell. Prisoners spend a couple of days behind bars – or rather without them as there are no windows – before seeing out any extra time at larger facilities, care of neighboring Guernsey.

Who has been locked up in this cramped environment over the years? Atlas Obscura refers to “a young servant girl imprisoned for stealing a pocket handkerchief from her mistress.” This was far from maximum security however. She was allowed to have the cell door open, owing to her fear of the dark. Rather than a prison guard, “local ladies sat with her, knitting and talking, until her time was served.” 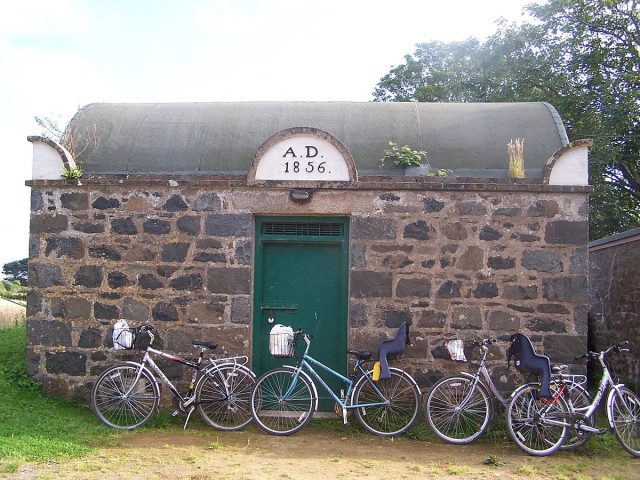 In terms of the island’s security, Sark has a couple of police officers on standby should trouble break out on the 2.1 sq m land mass. They have a Constable and then an assistant titled a “Vingtenier”. The prison is certainly still used, but today’s typical occupants are “inebriated seasonal workers and intoxicated tourists, who have spent the night in one of the two cells until they sober up.”

Despite its diminutive appearance, Sark has a dramatic background. The island’s occupation by Germany during the second world war is well-documented, though it had changed hands many times before that notorious period. “It first appears in written history in 1040,” writes Atlas Obscura, “when William of Normandy (later William the Conqueror) gave it as a gift to the Mont-Saint-Michel Abbey. It was captured by the French in 1549, but was soon retaken by the English, and was frequented by smugglers and pirates.” 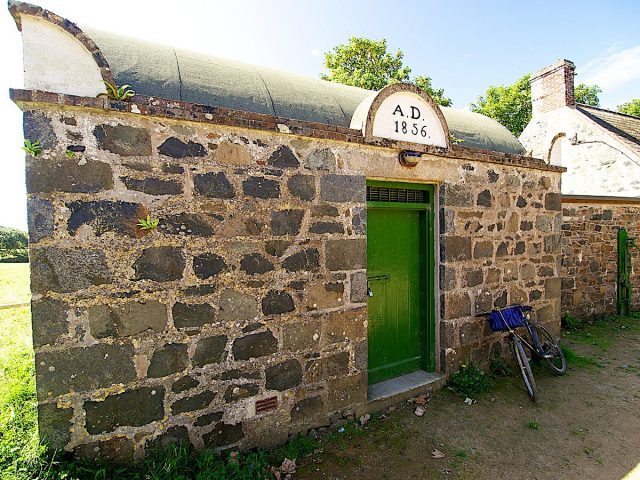 Photo by Jan Hazevoet CC by 2.0

As far as Sark’s former “Vingtenier” Mike Fawson is concerned, smugglers and the like may not be such a distant memory. The Daily Mail reports that as he left the post Fawson “suggested that people coming to the island should undergo background checks.” 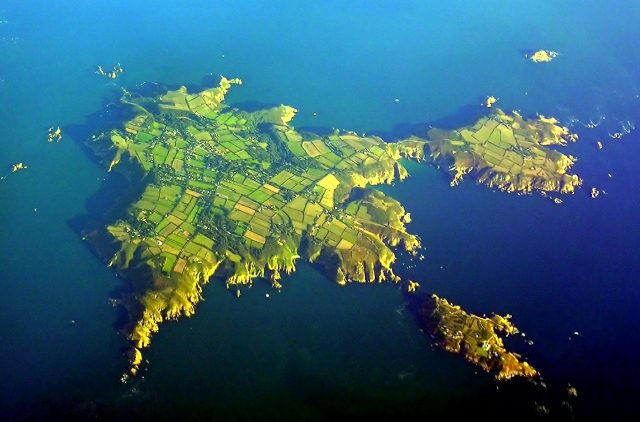 Previous incidents have highlighted the need for a line of defense on this deceptively small island. The Mail mentions a situation from 1990 when nuclear physicist André Gardes arrived by dinghy, carrying a semi-automatic weapon. The Frenchman proceeded to put up posters declaring himself Lord of Sark. According to Gardes, “the island was now under his rule.” The unexpected visitor’s reign was short-lived. “He was arrested the day after he came ashore after being punched in the face by one of the local policemen.”

Another crime on Sark is that of driving tractors under the influence. The island-wide ban on cars doesn’t preclude erratic behavior. When pulling reckless farmers and their friends over, Constables may hear the Norman dialect of “Sercquiais”, albeit a rather slurred version of it!

If crime does happen on Sark, it does so under a clear sky. In fact the location became a “Dark Sky island”, owing to the exceptional quality of stargazing there due to the limited artificial light on the island (lack of cars also helps). Other activities advertised by the tourist board are a Buddhist carving from granite rock, made by a Tibetan monk for the Millennium. Sark’s website explains the mantra – “Om Mani Padme Hum”, which “is chanted as protection against evil and harm.”

Sounds like the isle requires protection from dark forces, even though it seems harmless with a population of approx 500. Wherever wrongdoers go, they’ll probably wind up inside the confines of Sark Prison. And if they’re taller than 6 feet, a truly uncomfortable night is in store…!