Organized syndicates all over the world engage in the selling of ill-gotten archaeological treasures. These organizations aren’t usually thought of as dealing in stolen antiquities, at least not as they are portrayed in popular culture. Stealing from treasured archaeological sites may be a sign of our times, a 21st century enterprise that groups up to no good have realized is extremely lucrative.

But one such gang, which was pillaging from sites of great archaeological significance in Bulgaria, was recently taken down during a sting operation devised and executed by government officials from Bulgaria, Germany and the U.K. All three nations had a vested interest in seeing the culprits arrested and charged, as each country played a role in how the thefts unfolded.

Bulgaria was where the theft took place, Germany was the country from which the goods were shipped, and in the U.K., unwitting buyers purchased what they thought were legitimate objects from dealers in the U.K., but that turned out to have false documents of verification.

The sting operation, code name “Medicus,” broke up the ring that saw items like ceramics, coins, lamps, arrowheads, and glass funeral sculptures from the Roman period sold illegally through channels devised by the organized crime ring. Other objects seized by the team are from the Bronze Age, the Iron Age, the Ottoman period and the Middle Ages. 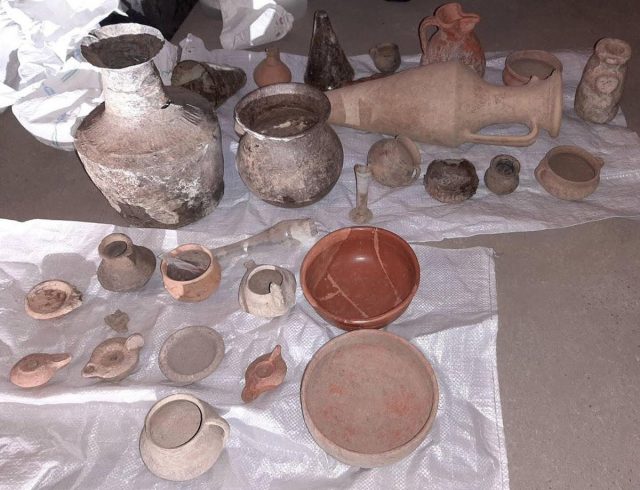 Some of the recovered artifacts. Photo by EUROPOL

The operation was started in October, 2019, and came to fruition with arrests in all three countries in early July. Authorities in Bulgaria began investigating the case in March, 2018, when their British colleagues notified them that something was amiss with some goods being sold at auction in the U.K.

Approximately 4,600 antiquities were recovered by the team comprised of individuals from Europol, the General Directorate For the Fight Against Organized Crime, a division of Bulgaria’s Internal Affairs division, the British Metropolitan Police, and the German State Criminal Police. The goods are worth millions, officials said in a press release. 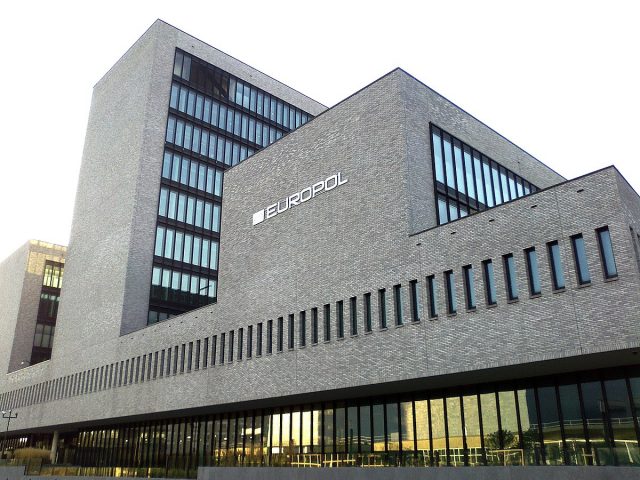 The Europol building in The Hague, Netherlands. Photo by OSeveno

Theft of valuable historical artifacts has become more commonplace, officials say, because there is no official record of them at sites from which they are stolen. This sting, for example, focused on thefts occurring at Roman military camps in northern Bulgaria, which are hugely important but not inventoried by a museum or archaeological institution.

Conversely, were a crime ring to steal from an art gallery, there are verifiable documents that make their goods difficult to sell. For example, it is unlikely that even the most sophisticated crime ring would attempt a theft from the Louvre in Paris, because all the paintings and other art works are easily identified and have verifiable provenance, or proof of history.

Archaeological sites with their treasures, however, like the ones in Bulgaria, are in a sense “sitting ducks” for those with criminal intentions. If they have yet to be excavated by archaeologists and other experts, and their treasures recorded officially, they can be easily stolen and smuggled out of the country of origin with no one being any the wiser.

These artifacts will be returned to Bulgaria once prosecution of the criminals has concluded. But the affair raises a sticky issue — what of all the treasures already sold through auction houses and dealers in the U.K.? What becomes of those, if someone has bought an item believing it was acquired legally, and that its provenance was real?

Do those archaeological treasures go back to where they belong, and the unsuspecting buyer is simply out the cash? The moral answer is most certainly “yes,” but perhaps not all collectors will be happy to see their treasured antiquity seized as evidence, then returned to its rightful place. That remains to be seen.