For many years, researchers believed the Clovis people, who existed about eleven thousand years ago, were the first humans to inhabit North America. This was determined when Edgar B. Howard was notified of a cache of ancient bones found by a road crew in Clovis, New Mexico in 1932.

With new discoveries and technology, scientists are finding that humans inhabited North America long before the Clovis culture, about fourteen thousand years ago or more, by studying human excrement found in Paisley Five Mile Point Caves in southern Oregon near the Fremont-Winema National Forest.

Dr. Lisa-Marie Shillito of UK’s Newcastle University in Newcastle upon Tyne has published a paper with her colleagues that can be found at Science Advances in which they have determined the fecal samples contained human DNA. Some archeologists, however, doubt the authenticity of the samples. According to Smithsonian Magazine, environmental archaeologist John Blong of Newcastle University in the UK noted that although there is no question about the radiocarbon dates, some researchers are doubtful that the coprolites are human. 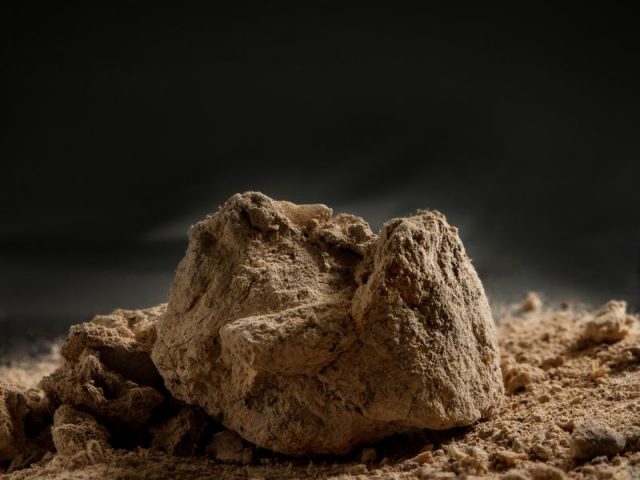 Ancient coprolite that was found (Image courtesy of University of Copenhagen, Photo by Cheng (Lily) Li)

He remarked, “If you’ve ever watched a crime show on TV, you know that DNA can get everywhere.” Shillito claims, however, that 5β-stanols and bile acids are two lipid compound classes already well established as fecal biomarkers. She points to fecal biomarkers which have been used to successfully identify a Roman latrine, sanitation practices used in ancient cities, and identifying early wild animal capture and management.

Clovis spearpoints from the Rummells-Maske Site. Photo by Bill Whittaker CC by 3.0

According to her team’s published research, the markers they used, 5β-stanols and bile acids, are superior to DNA, having three advantages: First, they are not likely to shift in a sedimentary profile as they are hydrophobic (repelled by water). They are also more stable than DNA over archeological time periods when in sedimentary-type material. Finally, they are “highly diagnostic of fecal material and its producer organism(s).” Using these methods, archeologists found thirteen coprolites belonging to humans and the rest belonging to wild cats. 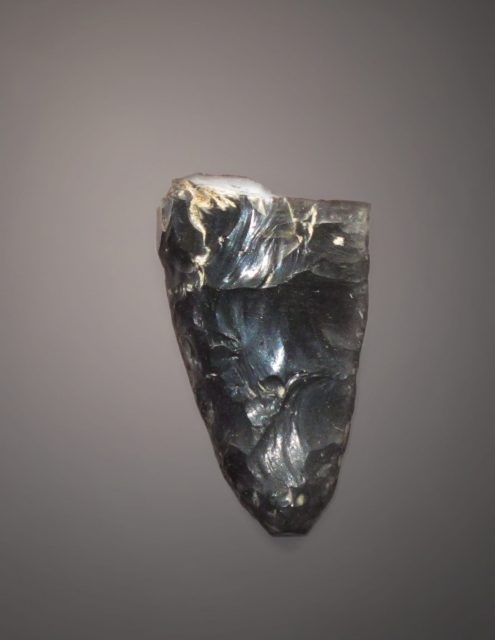 Shillito says further studies like this will help to discover the origins of Homo Sapiens in the Americas. Quoted in Phys.Org, after finding mixed canine and human lipids Shillito remarked that it appeared that the dogs may have been eating the feces. She noted that our domesticated dogs today eat feces meaning that it’s likely that these ancient people also had domesticated dogs. The fecal matter did tell scientists that these early humans ate the occasional mammoth, rodents, seeds, and plants.

The results of two studies done by Dr. Ciprian Ardelean of the University of Exeter and the Autonomous University of Zacatecas in Mexico are discussed in an article on Inverse written by team member Lorena Becerra-Valdivia. The first study, at the Chiquihuite caves in Mexico, claims people were living in Mexico at least twenty-six thousand years ago. Ardelean and his colleagues also studied forty-two different sites across the Americas known to have harbored ancient humans.

Although one site cannot be considered evidence, Ardelean points to other sites including Cactus Hill in Virginia, Gault in Texas, and the Bluefish Caves in the Yukon territory. Southern Methodist University archaeologist David Meltzer reports that no concrete evidence of human occupation in the cave is odd considering all of the animal bones found, but Ardelean believes that more evidence, such as the fire pits and tools used to butcher and cook meat, could be found closer to the cave entrance which is, unfortunately, inaccessible due to rocks and debris that have fallen from the mountains.

While many in the field of archeology have cast doubts, more and more uncovered data seems to confirm that humans populated the Americas before and during the Last Glacial Maximum over twenty-six thousand years ago and migrated down the coastline of the Pacific Ocean.

An episode of global warming about fourteen thousand years ago caused a growth in population which led to more humans migrating to North America and the interior of the continents. Archeologists are starting to accept the new evidence that refutes the idea that humans came to the Americas by way of the frozen Bering Strait; it appears humans came from all directions and at different times.