Over 2,000 artifacts from Tudor and Elizabethan times have been found under the floorboards at an English manor. The discovery has raised the roof – quite literally, because it happened as part of a multi-million pound top floor renovation!

Because of lockdown, archaeologist Matt Champion was all on his lonesome in the attic at Oxburgh Hall in Norfolk. The original floorboards had recently been lifted by workers for the National Trust, and he’d slipped on his gloves for a rummage – what’s known as a “fingertip search” – to see what the wood had been covering all those centuries. To say he got more than he bargained for is an understatement. The Trust believe it to be one of the most significant underfloor finds in their history.

Scraps of material such as silk, together with what a press release describes as “high status Elizabethan textiles” grabbed the attention. There were also manuscript fragments and, according to The Guardian, “ping-pong balls, suggesting there was once a table tennis table in the attic rooms.” It’s a true jumble of historical goodies, indicating the space’s numerous uses over the years. 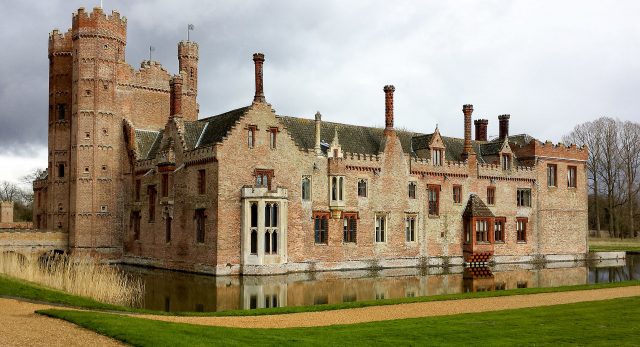 The finds have lain undisturbed till now, and surprisingly well protected. “The peak of each wave of dust, debris and objects was highest under the crack between the boards” says curator and overseer Anna Forest in a statement. “It was often inches thick and lay on top of a layer of lime plaster, which drew out the moisture from the debris and resulted in much of it being perfectly preserved over the centuries.”

She believes that decent lighting levels in the attic made it a good place to sew, as well as put together historic paperwork. Alongside “evidence of wax seals” are pieces of “18th-century handwritten documents in English and French.” 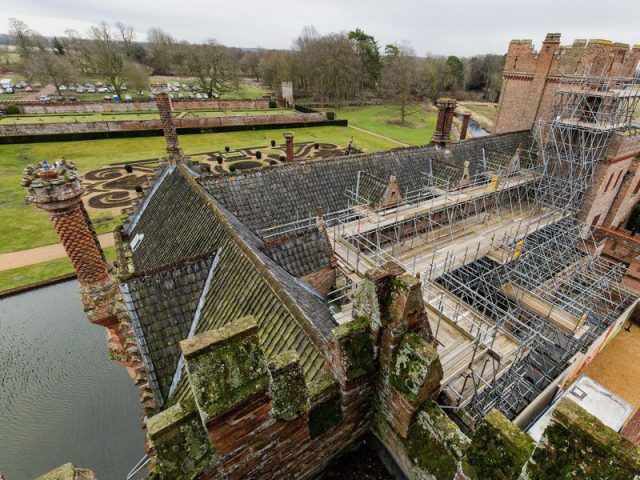 The Trust’s “star find” is a small section of illuminated manuscript from the 15th century, bearing vivid hues of blue and gold leaf – this color combo would have carried a hefty price tag say experts. Further investigation revealed the fragment is probably from a “Book of Hours”, one of a range of “portable prayer books” studied in “private devotion”. 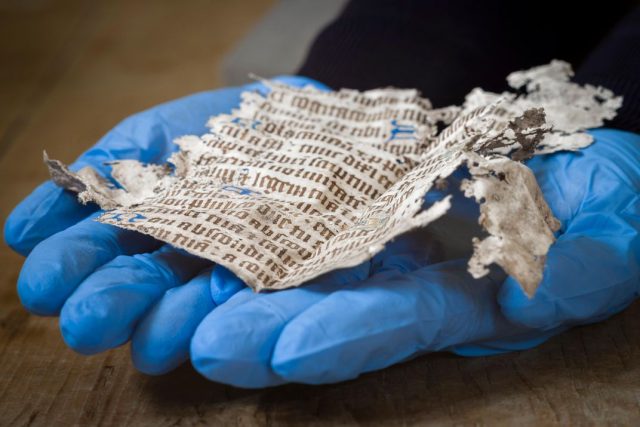 As Oxburgh Hall was built in 1482 by Sir Edmund Bedingfield, it’s possible the text went way beyond “private”. The Bedingfields were devout Catholics during the severely Protestant rule of Elizabeth I. The family went from society darlings to undesirables. Sir Edmund wouldn’t sign 1559’s Act of Uniformity and reportedly harbored Catholic clergy to save them from a grisly fate. The Trust speculates “illegal masses” could have occurred in the attic, with key evidence secreted under floorboards. 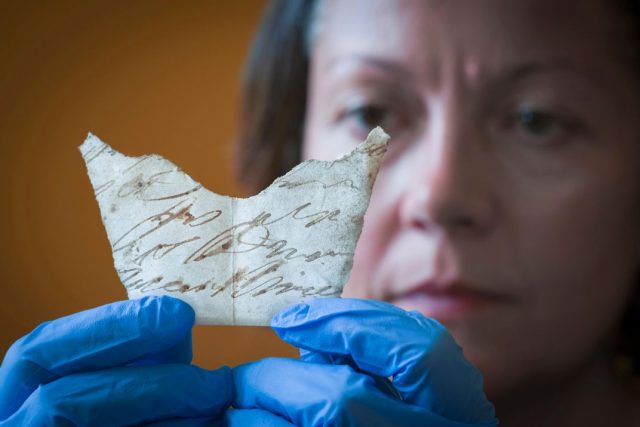 It wasn’t just human history that Champion uncovered. A couple of long-dead rats had utilized parts of the centuries-old stash to fashion nests in the attic’s north west corner, blending these clashing artifacts. Amongst torn pieces of written music, leather and other unorthodox building materials lay bits from a 1568 edition of The Kynge’s Psalmes by John Fisher. The author was a “Catholic martyr” (Smithsonian Magazine). Workers traced the rest of the volume to a hidey hole. 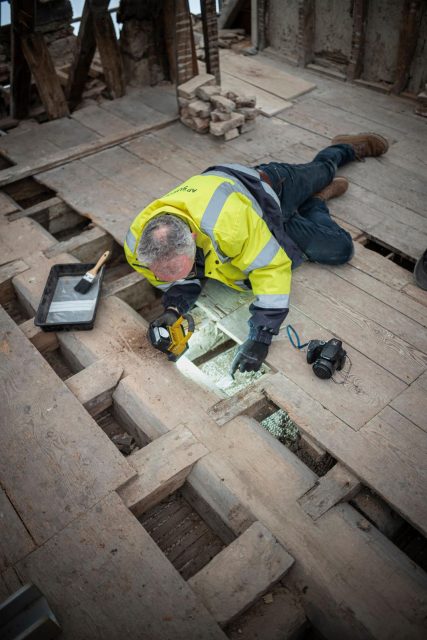 Another entry on the reading front is a “chivalric romance book” from Spain dated 1590. The Trust writes, “It is noted that Catholics of the period tended to read the romances set in Spain, especially since the books mention the mass.”

The attic also yielded some consumables, “most prominently, a box of chocolates” from World War II, says Smithsonian Magazine. They add, “Given the fact that the box contains all of its wrappings but no candy, the team suggests that someone may have squirreled the box away after eating a hidden treat.” 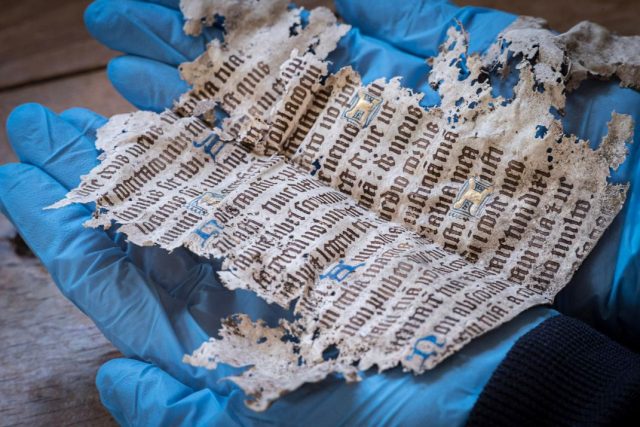 Oxburgh Hall’s General Manager Russell Clement emphasizes the social history aspect underpinning these precious remnants. In the Trust statement he states the objects “contain so many clues which confirm the history of the house as the retreat of a devout Catholic family, who retained their faith across the centuries.”

More intriguing evidence has been bagged and will be examined down the line. The background of Oxburgh Hall is being fleshed out accordingly. “We will be telling the story of the family and these finds in the house, now we have reopened again following lockdown” Clement says.