These 14 lead fragments are covered in Britain’s earliest known graffiti. Discovered near the Vindolanda fort site next to Hadrian’s Wall in Northern England, they were once part of a 1,400 year old chalice. Pre-shattering, it was reportedly the size of a cereal bowl and is the oldest surviving artifact of its kind.

What broke the chalice? Possibly the collapse of a 5th or 6th century church on top of it! The pieces were found amongst sacred rubble, meaning this is no case of vandalism.

The fragments bear etchings of “the oldest known example of Christian graffiti ever found in Britain” according to Smithsonian Magazine. 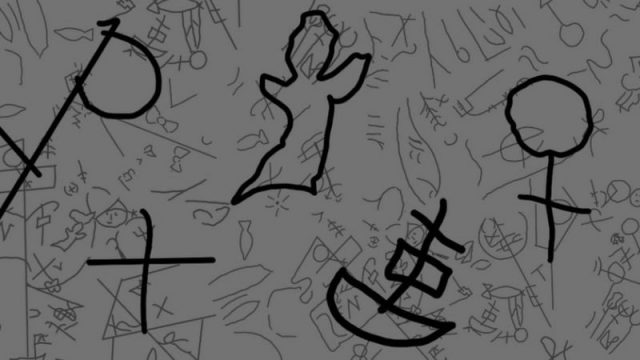 It will take months to unlock the meaning of the numerous Christian symbols etched on the pieces of chalice, fort bosses say. Credit: VINDOLANDA.

Lesley Banks was the lucky volunteer who first picked up on the fragments. A special photographic process was used to highlight the long-faded images. The remains are described by The Independent as being “in poor condition”.

As director of excavations Dr Andrew Birley puts it, speaking to the paper, the presence of an “early Christian equivalent of Banksy” is a natural conclusion to draw. However the etchings indicate something devout rather than subversive. In this sense he believes the find “changes the narrative quite a bit.”

The Independent refers to “chi-rhos (one of the earliest forms of the Christogram) and crosses” amongst the symbols, together with “a smiling priestly figure, angels, a whale and a fish”. BBC News mentions “a boat with a cross-shaped mast, believed to symbolise the Church as a vessel to take Christians to their eternal destination.”

Speaking of destinations, Romans occupied Vindolanda between approx 85 and 370 AD. They weren’t around when the chalice was being “vandalized”. The artifact also pre-dates books such as the Bible. Experts reckon the etchings were made so religious stories and iconography could be recorded for posterity. 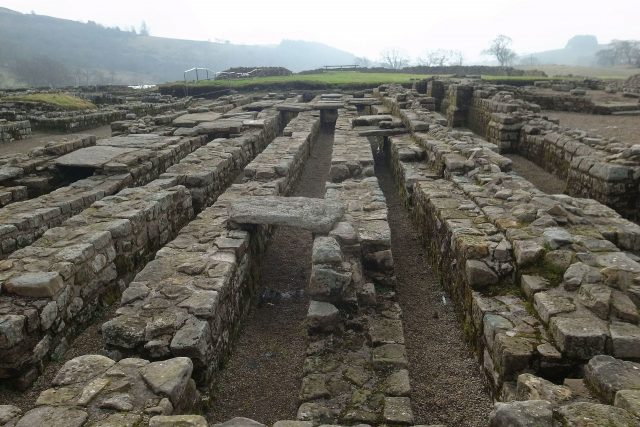 The church appears to have had room for up to 60 worshippers, though no clues exist as to the identity of the historical “graffiti” artist. There appears to be evidence of Ogam in the etchings, an early alphabet used by the Ancient Irish and Britons.

Vindolana is an auxiliary fort, believed to have started out as a “turf rampart” according to BBC History. It’s thought initial construction happened under the command of General Gnaeus Julius Agricola.

Other materials like timber and stone were brought in, with an arrangement “in the classic Roman playing-card shape, aligned east-west”. The “Hadrianic period” saw it starting again from scratch, with the groundwork laid for Vindolanda in its current form, aligned north-south.

Excavations began on the land in the 1930s led by Dr Birley’s grandfather, archaeologist Eric. That legacy of discovery continues today. “Prior discoveries at the fort, including a board game and a scrap of leather cut into the shape of a mouse, have helped reveal aspects of daily life under Roman rule” writes Smithsonian Magazine. 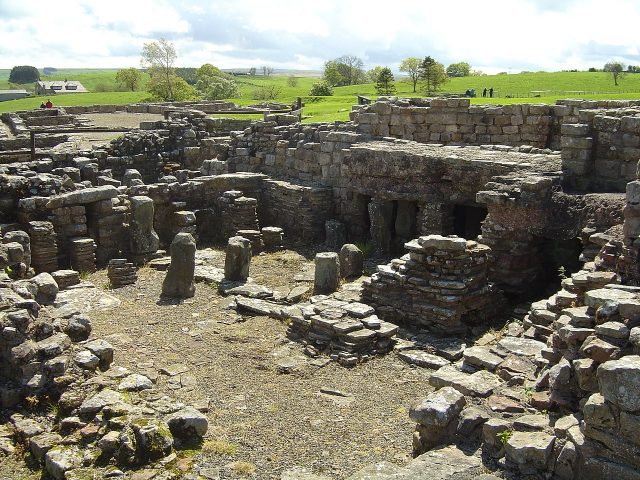 The chalice should also prove helpful in building a bigger picture about Christianity in Britain at that time. “Many potential church structures have been located from this period,” Dr Birley tells BBC News, “but without the Christian artefacts to back that up, they could not be proven beyond doubt.”

Talking to The Guardian, Durham University’s Dr David Petts comments “we know from many medieval churches, that people would put marks and symbols on buildings. What is unique about this is finding them on a vessel.”

He is in charge of researching the chalice’s meaning, an ongoing study that should take a few years. In the meantime, the fragments go on display at Vindolanda’s museum this week. There they take pride of place in an exhibition about the fort’s post-Roman life.

Arguments over whether graffiti is art or just mindless vandalism has been a big debate through past decades. Ancient history demonstrates once again that the world wasn’t so different back then as it is now…