Green Lake Was Completely Boiled Away During Kīlauea’s 2018 Eruption

Green Lake, at Kapoho Bay, was also known as Ka Wai a Pele in Hawaiian. Madame Pele is the name of the goddess of volcanoes in Hawaiian culture, and some saw the event as her symbolic return to her roots, accepting it with a certain equanimity.

People today all around the world worry plenty about climate change, and the effects it is having on our planet, the profound changes it is imposing on oceans, lakes and landscapes.

But it’s easy to forget that Mother Nature also imposes plenty of changes herself, because Earth is not a static place – it is always undergoing radical alterations, even if we can’t see them happening until the effects those alterations are visually evident.

A case in point is something that happened in 2018: a freshwater lake in Hawaii, on Big Island, was there one day and literally gone the next, because a volcano erupted and poured endless amounts of lava into it, causing the formerly popular swimming spot to utterly vanish. 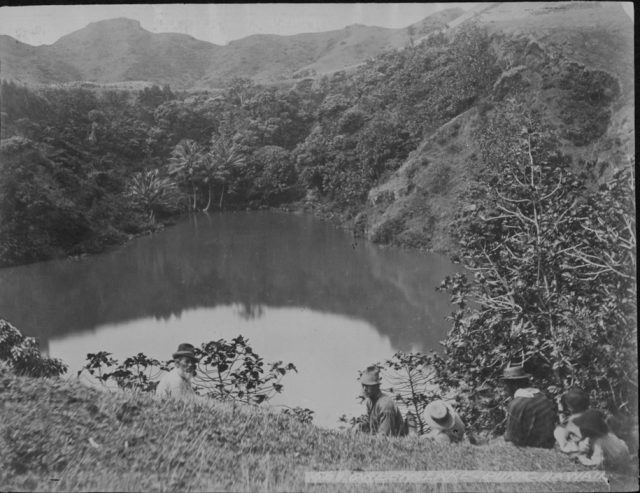 Green Lake, photographed in the 1890s

Residents expressed awe at this never before seen sight, and had to contend with toxic gases and other substances when the volcano was finally finished erupting.

Others felt devastated by the loss of a prized freshwater lake, and said they had never experienced such a major geographic incident. “Ive never seen anything like it,” said Drew Kapp, a geography instructor, in an interview with Hawaiian News Now. “It’s really a culturally significant place.”

And it wasn’t just the lake affected by the lava. According to Talmadge Magno, administrator of the Hawaii Civil Defence, “It’s (wiped) out the island as it is,” he said in the same interview. “That’s a pretty precious part of the island.” 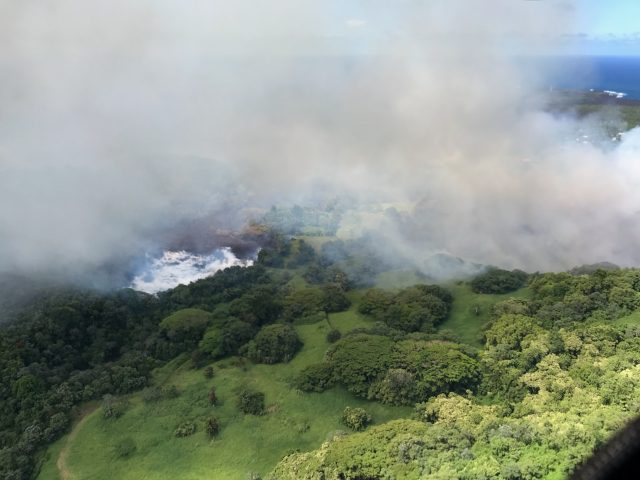 Green Lake was 200 feet deep, so its popularity as a great place to swim is no surprise. According to experts, it was about 400 years old.

But Hawaii has many active volcanoes, so it is not a complete shock to residents when one erupts. In this case, however, it is the extent of the change induced by the eruption that has some locals concerned, and wistful for one of their favourite recreational places.

But volcanoes (this one is Kilauea Volcano) take the easiest route when the hot lava starts flowing, and in this case it had in essence replaced the fresh water of Green Lake – named for the colour – within mere hours. “The lava is quite hot, so it boiled away the (fresh) water,” explained Sally Sennert, a volcanologist with the Smithsonian Institute. 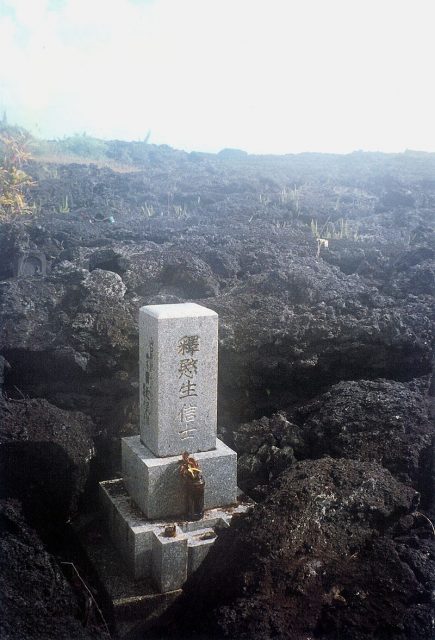 Kapoho Bay is gone. Wiped out. Completely filled in with lava.

It was in early May of 2018 that officials first noticed a massive plume of smoke emitting from the volcano.

Soon, lava was flowing from its mouth and heating up – and wiping out – virtually everything in its path as it made its way toward Green Lake, which was directly downhill. That was around 10 o’clock in the morning on an early summer day; by three o’clock that afternoon, Green Lake was gone, completely replaced by boiling hot lava.

The lava also engulfed almost eight square acres of land around the lake. The mix of lava and the accompanying haze from the eruption is called laze, and forced residents to evacuate and wait out the worst of the pall that descended over the island.

And while it was in early June that the lake was affected, the volcano had actually begun surging in early May, and at least one injury – a man was hit by a ‘lava bomb’ and wounded in the leg – was reported, although thankfully no deaths.

Another Article From Us: Ancient Egyptian Tomb Opened for First Time in 2,500 Years

However, CNN reported that hundreds of home in and around Kapoho Bay were wiped out, along with the calm, beautiful tide pools where visitors and residents alike loved to play and swim.