A 7,200-year-old Neolithic well unearthed last year in Eastern Europe is thought to be the world’s oldest known wooden structure.

The oak-based well was discovered by archaeologists in the Czech Republic whilst they were excavating near the site of the new D35 motorway. The site is about 120 kilometres (75 miles) East of Prague, near the town of Ostrov. 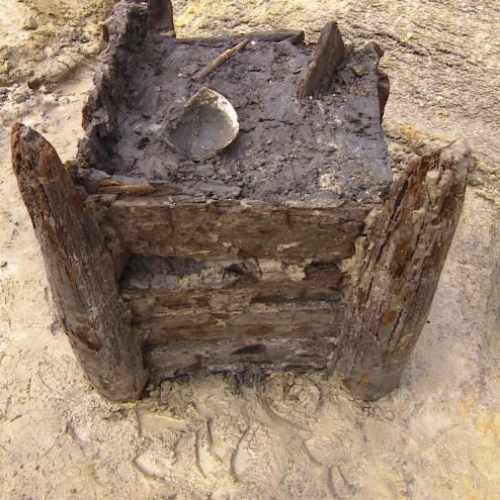 Now test results that rely on both radio-carbon dating and the much more precise dendrochronological method, which studies the tree ring sequences in wood, have narrowed down the age to either 5,256 or 5,255 BC. Credit: Michal Rybníček / Mendel University

Soon after, experts began to speculate that the well could potentially be the oldest wooden structure ever discovered in Europe. Since then, radiocarbon dating and dendrochronological dating (otherwise known as tree ring dating) have confirmed that the well was most likely constructed from Oak trees that were cut down around 5255 BC.

‘We have carried out a dendrochronological analysis and confirmed it with radiocarbon dating. The well dates back to 5,256-5,255 BC.’ Said Jaroslav Peska from the Archaeological Centre in the Eastern Czech city of Olomouc.

He then went on to explain that there is no other man-made wooden structure in the world that has been proven older by dendrochronological dating. He comments that this could easily change later down the line.

This places the well and the people who made it at the end of the Neolithic period. This is also when the first farming populations appeared in Europe, which means that these people were most likely responsible for the construction of the well. 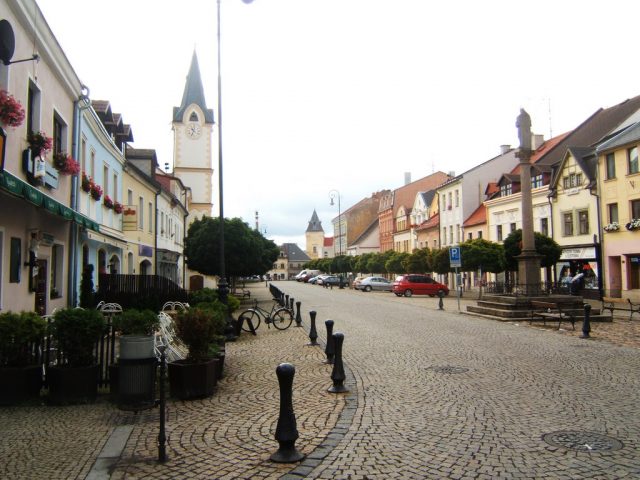 According to the study, the block-shaped well is 140cm high with a square top, where each side measures 80cm. Four wooden stakes make up the corners of the structure, with planks placed in between their grooves. 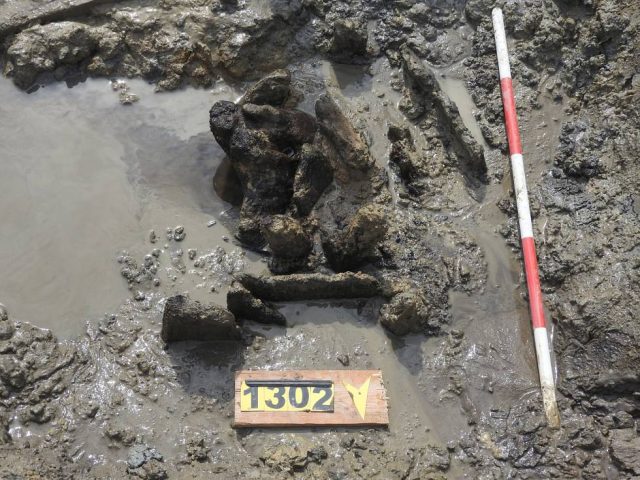 The builders of the wells were people belonging to the so-called Linear Pottery culture, the first farmers who settled in Central Europe during the sixth millennium BC. Credit: Michal Rybníček / Mendel University

One thing that surprised archaeologists was that the corner posts seemed to originally have been from a previous structure that used felled trees. Additionally, the planks are at least 10 years younger than the rest of the structure, suggesting that it has undergone repairs at some stage.

Jaroslav Peska mentions that although people have found wood that is likely to be older than the well, there isn’t any dendrochronological data available for it, therefore the age of the wood is inconclusive.

In Hungary some wood has been found that is likely to be older than the well, but currently its age has only been determined by radiocarbon dating which isn’t precise enough to know exactly when the tree was felled. 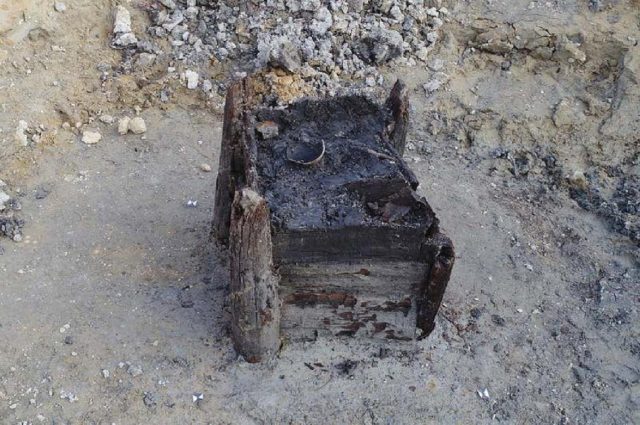 Cutting down and transporting trees of such a size and weight was no easy feat. Credit: Michal Rybníček / Mendel University

Although wooden structures from a similar period have been discovered in other areas of Europe, the Czech well is one of the few that has been analyzed through tree-ring dating and therefore has been given a more precise age.

The research team who have been studying the well have explained that the structure’s complete history is still being uncovered, but they believe the reason it has lasted so long is that the surrounding conditions were perfect. The area was damp with a lack of oxygen which caused the wood to become solid and durable.

Jaroslav Peska explained that the well seems to have been built using construction techniques that were used in the Bronze, Iron, and even the Roman age.

‘We had no idea that the first farmers, who only had tools made of stone, bones, horns or wood, were able to process the surface of felled trunks with such precision,’ he said.

Researchers recognize the well’s importance and are working hard to preserve the structure in its current form. Once it has been fully treated, it will go on display at the Pardubice Museum.

« Ireland’s Most Haunted House…The Devil is Said to Have Stayed There
Nearly 100 Coffins Buried Over 2,500 Years Ago Discovered in Egypt »