Is the Holy Grail lying at the bottom of a river in West London? 2020 has been an awful year but 2021 may get off to a divine start. An aspiring archaeologist believes he’s finally tracked down the Grail… in the borough of Hounslow!

Bower started making fresh connections between the Templars and the Holy Grail, a link first suggested 200 years ago. He’s now sure the treasure and other artifacts from the time are tucked away in a top secret crypt… under the Duke of Northumberland’s River in Hounslow.

The grand unveiling is hoped to commence early in the New Year. Speaking to The Sun, Bower describes his upcoming quest as “the biggest discovery of mankind.” 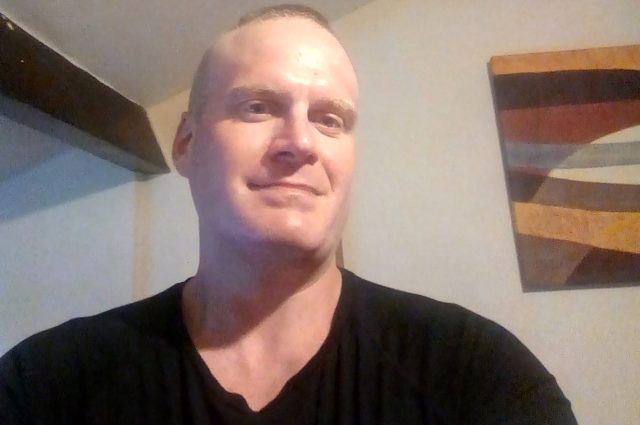 Barrie-Jon Bower – has he found the Holy Grail

The Jerusalem Post writes about the Templars’ enormous wealth and influence. They state the Knights “were certainly a real order, and had presences in locations throughout Christendom. Bower, however, claims this included Hounslow”.

How can he know? By the relic rummager’s reckoning, some of these formidable soldiers trained in the area. Splashing around in the man-made water mass, he thinks he’s closer than ever before. “There’s something underneath” he tells The Sun. “Why not Hounslow?”

Bower is also keeping people on their toes. The enthusiast and explorer states there are other reasons underpinning his firm convictions. Interested parties will just have to wait and see what these are.

It’s all a far cry from the historic destination of Petra in Jordan. This ancient city featured in the climax of blockbuster ‘Indiana Jones and the Last Crusade’. There evildoers hoped to grab the Grail, though Dr Jones foiled their plans. Naturally Bower is referred to as a home-grown Indy in reports. 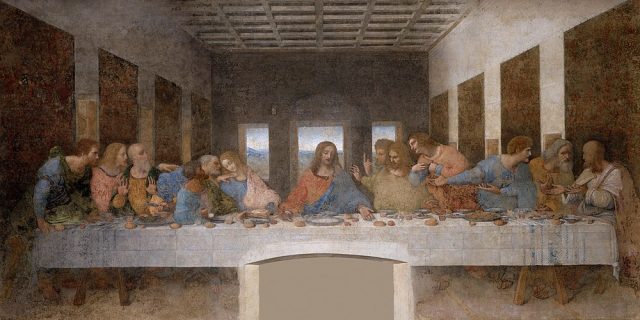 Depictions of the Last Supper in Christian art have been undertaken by artistic masters for centuries, Leonardo da Vinci’s late-1490s mural painting in Milan, Italy, being the best-known example.

With an entrance said to be near the weir, the intrepid investigator can’t wait to get stuck in and confirm his theory in strangely suburban surroundings. He’ll need help of course. Thankfully he’s got it, via the Environment Agency. Their role will be to make sure regulations are followed, as well as assisting Bower.

The operation involves diverting the river. For this part, Bower has reportedly brought in “specialist geophysical equipment, costing him £1,000 ($1,300 approx)”, according to the Daily Mail.

Will his efforts pan out? Should the unemployed Bower be on the money then he could wind up… well, in the money. Could a couple of thousand years’ of historical endeavor be solved by a dude wearing wellingtons in a London river? 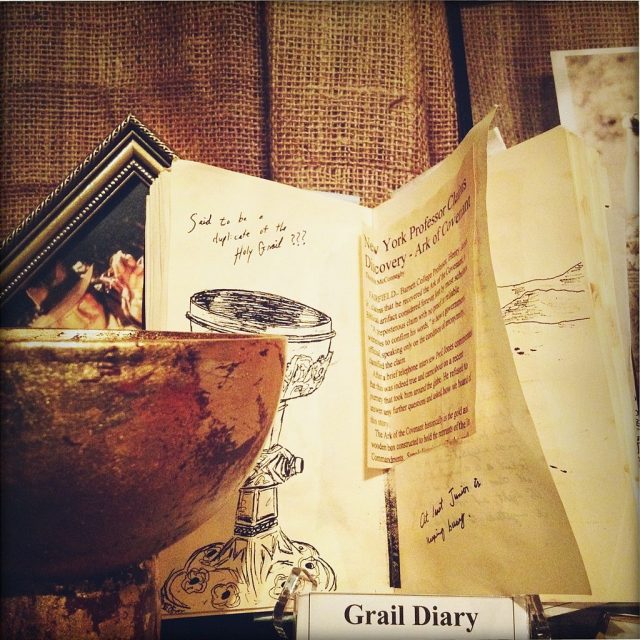 Grail diary of Henry Jones, Sr. from the 1989 film Indiana Jones and the Last Crusade at the Hollywood Museum. Courtney “Coco” Mault – CC BY 2.0

The Grail, used by Jesus to drink from in the famous Last Supper, represents not only a supreme archaeological find but potential proof of the Son of God’s existence!

As reported by the Jerusalem Post, it not only provided sustenance to Jesus. The Grail was there during his crucifixion. Joseph of Aramethia filled it with his blood.

Should Hounslow not be the Grail’s resting place, then where else could it be? The Mail mentions a possible 200 plus European destinations. Not far from Hounslow – at least in global terms – is the town of Glastonbury in Somerset. 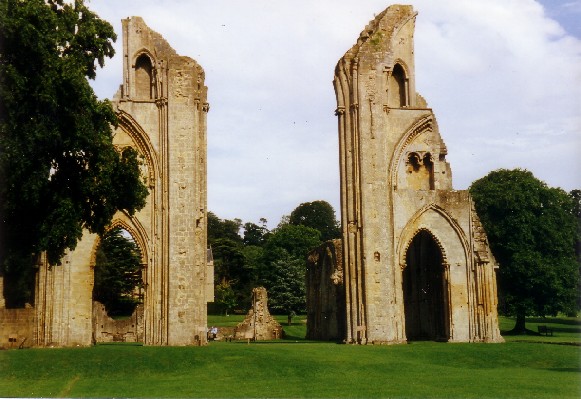 The place’s connections with King Arthur and the Knights of the Round Table are just part of the tapestry. Arthur’s interest in the Grail was later immortalized by the Monty Python team for their 1975 movie.

Did Joseph travel to England in the 13th century and erect Glastonbury Abbey, as some claim? And did the sacred site play host to the incredible artifact as a result?

The New York Post writes the Grail “holds immeasurable power and has been sought throughout the centuries”. Whether Barrie-Jon Bower has that power at his fingertips remains to be seen. Right or not, the adventure appears unlikely to be his last crusade.