Dogs bury bones because of their ancient heritage.

One major reason why canine companions make perfect pets is their love of play. Yet while this suggests simple pleasures, there’s a long story behind activities such as digging a hole and dropping a bone in it.

Be they furry friends or feathered, numerous species hide their dinner. It’s part of a process called caching. Dating back generations, it came from a good old-fashioned survival instinct.

wagwalking.com are the latest outlet to cover this curious question of dogs and bones. They mention the gray wolf as the eating machine domestic pooches get their caching habit from. Long before animal welfare laws and organic pet food came into being, it was every howler for themselves. 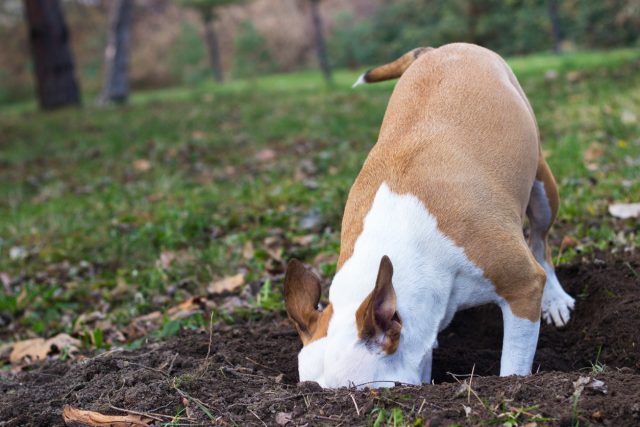 The act of burying bones is a type of “food caching,”

“When you don’t know when you’ll find your next meal, it makes sense to hide leftovers” says Florida-based trainer and behavioral expert Teoti Anderson.

A sneaky household pet may tuck spare grub away. But the caching instinct is more serious than a secret snack fix. For starters, below ground functions as a great place to preserve a meal.

As noted on the website of behaviorist Cesar Millan “By burying carcasses and bones, dogs were essentially creating natural refrigerators for them.” Storage for freshness and protection from hungry competitors are key factors.

Then again, a dog will bury a favorite chew toy, or something belonging to its owner. Whatever it may be, caching is engrained in canine DNA. The location doesn’t have to be a mound of earth. Live Science refers to Dachshunds, who’ll place treasures under cushions.

In some cases experts don’t know why dogs bury things. They appear to be following a human maxim… if it feels good, do it!

Millan’s site explores why domestic dogs follow ancient traditions. Naturally, instinct is one reason. On a more modern note, copious burials may be a sign of copious treats. Instead of a cupboard, canines rely on their claws and several layers of soil. 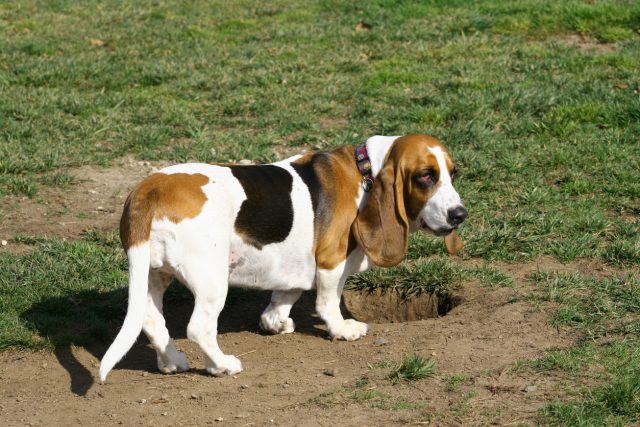 Dogs can also emit a mournful sound when receiving a marrow-heavy treat.

Teoti Anderson reveals this isn’t a case of out of sight, out of mind. It’s apparently not unusual for a dog to bury something, dig it up, bury it again and repeat the cycle as much as 20 times. Though just like humans, animals can get excited over something before an interest in other stuff means it’s consigned to the mental dustbin.

Will the precious items become lost underground? Absolutely not. Live Science points out the animal’s epic sense of smell, referring to the journal Applied Animal Behavior Science. Amazingly the nose can sometimes pick up no less than 100,000 times what an owner’s hooter can.

Another reason mentioned by Cesar Millan is playfulness. Or often craftiness. Should an animal feel the walking food dispenser is neglecting their duties they’ll pay attention and spot the kind of thing a two legged individual holds dear. It’s a great way of putting themselves in the spotlight. 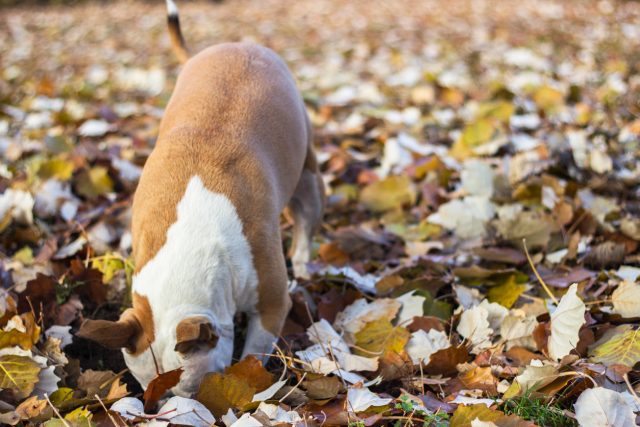 Then again, a dog will bury a favorite chew toy

Paging Doggy Doctor Freud! Dogs can also emit a mournful sound when receiving a marrow-heavy treat. Though as the Wag! Website writes, this isn’t a cause for alarm. Apparently a dog does it “because he is so unbelievably happy, he has no clue what to do with the bone or where to hide it.”

The situation might be comparable to someone who snaps up a highly desirable item in the shop, gets out onto the street and thinks: “This is great! Now, why did I buy that?”

Another Article From Us: 57,000-Year-Old Wolf Pup Discovered in Yukon Permafrost

Whether sniffing out bones or the family remote control, dogs will carry on raking up gardens and hiding stuff for centuries to come. And if that behavior is accompanied by what looks like a wolfish grin… now everyone knows why.

« A Massive Anglo-Saxon Cemetery and Treasure Trove Has Been Discoverd
Is This Bronze Age Collection of Artefacts Europe’s Oldest Currency? »