Is This Bronze Age Collection of Artefacts Europe’s Oldest Currency?

Early Bronze Age people had a very different idea of money, as these latest findings on ancient artefacts show. Is this the oldest currency in Europe?

Before coins, what did people use to splash the cash? A team from Leiden University in the Netherlands have been rummaging through a collection of assorted bronze items from Central Europe. The collection covers around 100 areas with 5,000 + objects to examine.

What’s in the line up? According to archaeology.org 2, 639 rings, 1,780 rib-like flat rods and 609 axe blades. Doesn’t sound like anything too valuable. However, their archaeological value is through the roof. 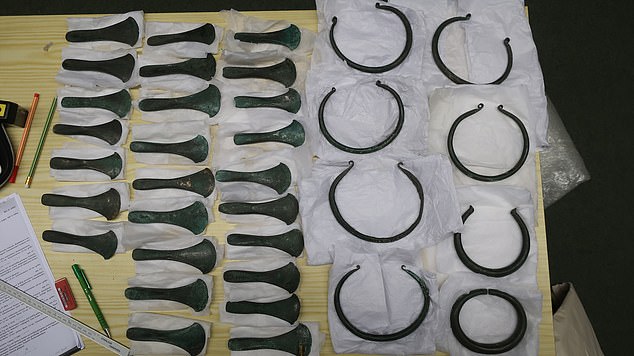 How do experts know they were used for currency? The answer lies in the shape of the items, plus the weight. As people evolved, they observed that useful things could be traded or collected. And over time, these would be gathered according to what they looked and felt like.

Reporting on the research (published in the journal PLOS), archaeology.org mentions the “relative uniformity” of the hoard. The objects were also found in “bundles or caches… suggesting that these items represented recognized standards of value”.

Associate Archaeology Prof. Maikal Kuijpers, the study’s lead author, tells Live Science the artifacts are “clearly, intentionally standardized”. This seems to sets the scene for the coinage of the future.

Material exchanges were made before the Early Bronze Age (3000 – 1200 BC). However as the study points out these were pretty free form by comparison. While Neolithic folk were known to swap a flint dagger or two, this was high end stuff. A far cry from loose change. 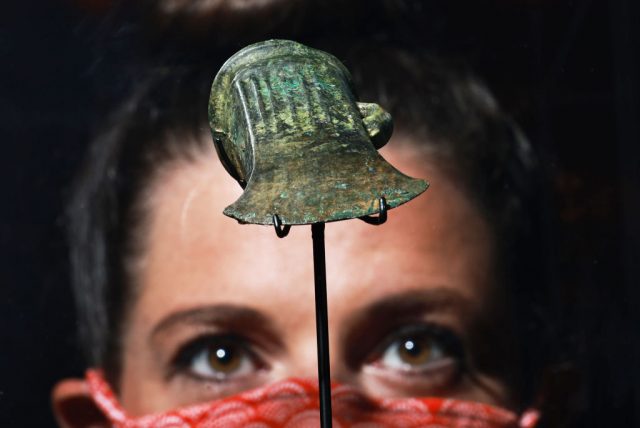 As the Bronze Age progressed, the time of stone gave way to metal, including a serious amount of scrap. A far more manageable material for tools, then coins. The currency would be judged by its weight, in a time before measurements were pinpointed with accuracy.

Money could well be the root of all evil. Yet for better or worse it’s an essential part of society’s evolution. The PLOS piece highlights that “formulation of coherent weight and measurement systems are amongst the most significant prehistoric developments of the human intellect.”

Psychology – or as the Daily Mail puts it, the principle of psychophysics – appears to have played a key role in the emergence of currency. The Daily Mail notes how artefacts were compared using “the Weber fraction, which suggests that, if objects are similar enough in mass, a human weighing them by hand can’t tell the difference.” 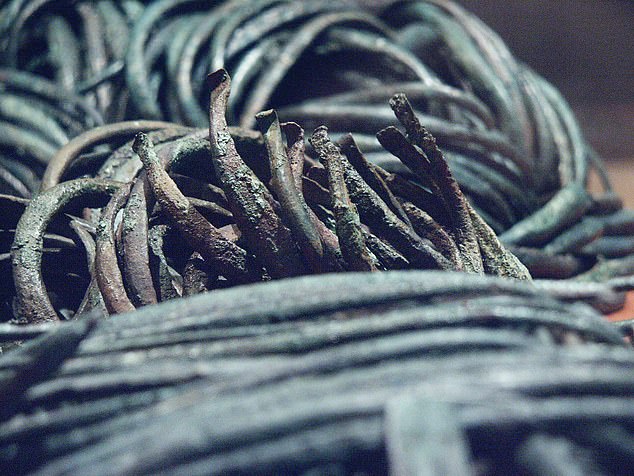 Now, researchers have shed light on what the first common currency in Europe might have been.. Credit: M.H.G. Kuijpers

Prof. Kuijpers and colleagues noticed that 70% of the objects matched up, with an average weight of 195 g, as reported by the Mail.

The study also looks into how widely the currency spread. The objects might have reached Scandinavia’s far north. There are certainly enough assembled “riches” to last the distance – the hoard’s sheer size is another factor that could mark it out as ancient money.

The first ever coins are believed to have been created in Turkey by the Lydians back in the 5th or 6th century BCE. That’s if the great Herdotous is to be believed.

The website Ancient History Encyclopedia writes about this, as well as the assertions of Aristotle. He thought the planet’s very first coin minting was down to King Midas’ other half, Demodike of Kyrme. Ultimately the financial facts are lost in the mists of time.

Aside from showing the origins of modern human transactions, the find sheds light on how people’s brains developed in order to process ways of doing things.

Historians will likely never know how fire came about, or the wheel. When it comes to hard currency on the other hand, they might just be a step closer to unlocking such secrets. In fact they’re banking on it…