For a few hours, Nicolas Kurona was the proud owner of the Google Argentina domain.

What would you do if you were trying to find out why Google wasn’t working in your home country, and when you checked, all of a sudden, the massive, global company’s domain name was apparently for sale? Would you think it was a joke? Would you assume somebody just made a typo? Or, just for fun, would you pony up almost three bucks (USD) to regulators, buy it, and just wait to see what happens?

If you’re a certain young web designer in Argentina, you would choose option number three.

Nicolas Kurona bought the domain for about $3

Nicolas Kurona, 30, a web designer who lives and works outside of Buenos Aires, was recently trying to find out why the search engine was down. Sure enough, there was Google Argentina’s web address, plain as day, listed for sale at a paltry 270 pesos, or 2.90 USD. Though he had no idea whether the transaction was real, or legitimate, or a hoax, he made a bid, sent in the funds, and waited to see what would happen next.

Then, for a brief moment, this formerly anonymous web designer became the owner of one of the most valuable domain names in South America, the owner of perhaps the most widely used, to say nothing of profitable, internet search engine in Argentina. In the whole world, really.

How did it happen? How could anyone manage to “nick” Google’s domain name for even the briefest period?

No one seems to know how it happened

Well, no one seems to know for sure. Google issued a statement saying that its name was not due for renewal in Argentina until July 2021. An organization there, the Network Information Centre Argentina (NIC), which keeps track of domain names and their renewal dates, agrees with Google on this point.

When Kurona saw that an emailed receipt for his “purchase” arrived, he tried entering the Google address again. Lo and behold, he could see his website data at the google.com.ar domain.

“I was frozen,” Kurona admitted to the BBC in the third week of April. “I never had any bad intentions (in buying the domain name)… I was really anxious.”

After staring at his computer screen for a few moments, Kurona decided to tell the world what had happened, so he turned to social media.

He tweeted out a message describing precisely what had occurred, and that he was now the proud — if baffled — owner of Google Argentina’s domain name.

Needless to say, that caught the attention of Google representatives. Officials at NIC must have stepped in, and soon the domain was back in the hands of the search engine. No one is saying exactly how Google retrieved its domain, but it certainly wasn’t by paying Kurona for it — he has still not been reimbursed for his almost $3 investment. 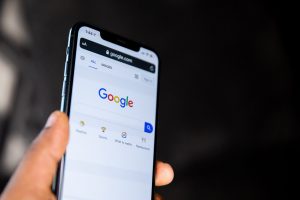 It is almost laughable that a company the size of Google (or any other global search engine) could have a hiccup in security that allowed a lapse like this.

And the company really should pay Kurona his three dollars; after all, in the hands of someone more nefarious, who knows the damage that could have been done, even in the brief time the name was out of Google’s control?

More from us: The Project That Could Turn Ancient Mayan Hieroglyphs into Emojis

Perhaps, if nothing else, the publicity surrounding the glitch may bring this young web designer more work – after all, it’s a true David and Goliath story, and in this case, David acted honorably and told the world what happened. Who wouldn’t trust him to design their website now?