The Project That Could Turn Ancient Mayan Hieroglyphs into Emojis

What’s the connection between Ancient Mayan hieroglyphs and emojis? The answer is the Unicode Standard, an ongoing effort to make all language digital.

What is the Unicode Standard?

Just as The Hitchhiker’s Guide To The Galaxy’s Babel fish was jammed in people’s ears to understand alien languages, so the Unicode Standard aims to be a one-stop shop for written translation.

It was founded in the late 20th century by tech experts Joe Becker, Lee Collins, and Mark Davis. The Standard encodes everything from Adlam (a script for the African Fulani language) to Zanabazar Square (a 17th-century script encompassing Mongolian Tibetan and Sanskrit).

Around 154 scripts or writing systems, incorporating approximately 1,000 languages have become part of the code, according to the site for the Unicode Standard.

One of the latest challenges is Ancient Mayan. Writing on their website last year, Unicode announced a National Endowment for the Humanities grant enabling the Maya Hieroglyph Project.

Its goal is to make historical communications “accessible to both expert and non-expert user communities through creating an annotated digital archive.” Dr. Gabrielle Vail is in charge of the team, which focuses on the Classic period of 250–900 CE.

Why is the process so demanding? Because a lot can happen over a couple of thousand years’ evolution. Ancient signs have multiple meanings, depending on how they’re arranged.

The official term is “logosyllabic” — in short, hieroglyphs can refer to words, syllables, or most confusingly both! Try channeling that into a single keyboard stroke and the headaches begin. 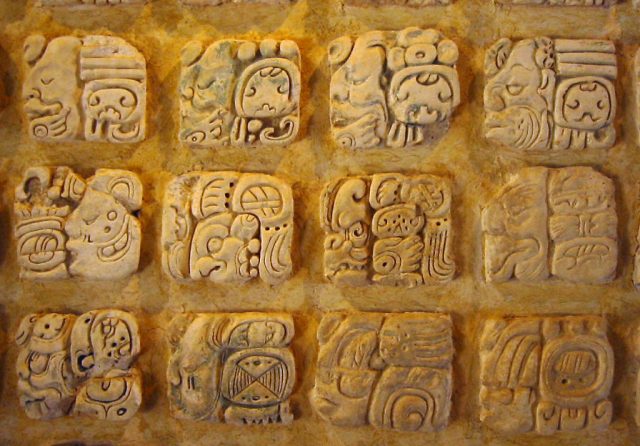 The history of translating Mayan hieroglyphs is fraught. The first Western record of the Maya writing system was compiled by Bishop Diego de Landa, who, through his campaigns against idolatry, also destroyed many manuscripts and codices that would have greatly deepened our understanding of indigenous Mayan culture.

History aside, what have centuries-old Maya got to do with modern-day emojis? Basically, if these hieroglyphs can be fitted into the Unicode Standard, then one day, they might become texts. As reported, Ancient Egyptian symbols are part of the Standard, giving experts hope for the Mayan version.

According to Gayol, 85% of Mayan hieroglyphs have been deciphered, using a combination of human and machine thinking. That sounds good. However, these are regarded as the easy end of the spectrum. The remaining percentage is apparently the toughest nut to crack.

The Unicode Consortium hopes that a unified database can put researchers across the globe on the same page. Humanities magazine describes them as “a mix of academics, stakeholders, and interested volunteers” who make the Unicode Standard a reality.

Even with the most dedicated, full-time team, it’s a painstaking process. The amount of discussion, analysis, and verification required before each entry can join the Unicode Standard is extensive.

A couple of years is the usual timeframe, but in one example, 17 years elapsed before Old Hungarian was welcomed in. And the hold-up was caused by an argument over what name to use!

Plus, not everyone is entirely okay with the idea of emojis being included. Sure, they’re a way of life for many, with whole conversations being held using smiley faces and poop emojis. But the commercial interest in them means they potentially crowd out forgotten languages that linguists want to put in the spotlight.

The Unicode Standard isn’t only an academic exercise. The Consortium’s work impacts the outside world. Writing in 2017, the New York Times mentions graduate student Anshuman Pandey. His wonderings about a mystery script spotted online led to the Western world rediscovering the Rohingya alphabet. Not that the Muslim Rohingyas lost it…they’d been using it forever, just not via a keypad.

More from us: Enormous Mayan Palace in Great Shape Discovered Deep in the Jungle

The newspaper notes that “given the group’s history of oppression, the encoding of their language carries considerable symbolic weight because it legitimizes an oppressed minority and their language.”

The Unicode Standard was last updated in 2020. Though, with culture shifting all the time, it’s nowhere near finished yet. From hieroglyphs to hand-held devices, it sums up the broad sweep of history one alphabet at a time.