On May 19, 1536, Anne Boleyn was sent to the scaffold for treason, ending her reign as queen of England. To mark the anniversary of her execution, Hever Castle announced on May 19, 2021, that research on one of Anne’s prayer books had revealed names and words that had previously been invisible.

The woman who overturned a kingdom

Anne Boleyn was born around 1501 to Thomas Boleyn, 1st Earl of Wiltshire, and his wife, Lady Elizabeth Howard. Having been educated in the Netherlands and France, Anne became a maid of honor to the queen of France. When she returned to England in 1522, she was given a position as maid of honor to Catherine of Aragon, wife to King Henry VIII. 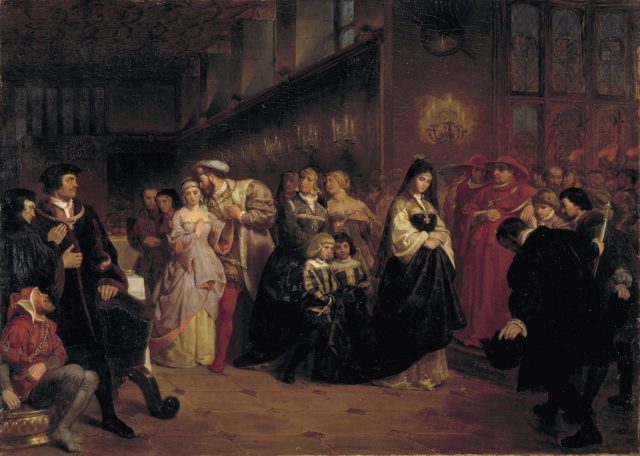 What happened after Henry first noticed Anne among his wife’s serving women has become one of the best-known stories of the British monarchy. After Anne refused all of Henry’s attempts to make her his mistress, the king broke with the Catholic Church and cast aside Catherine so that he could marry Anne.

A secret wedding took place between Henry and Anne on November 14, 1532, with a formal marriage occurring on January 25, 1533. Anne was crowned queen on June 1, 1533. Only a few months later, she gave birth to a daughter who would grow up to become Queen Elizabeth I, yet another powerful and influential woman in English history.

Many believe that Henry put Catherine of Aragon aside because the queen could not give him a son. With the English civil war still fresh in everyone’s minds, it was seen as crucial that the king of England should have a male heir. 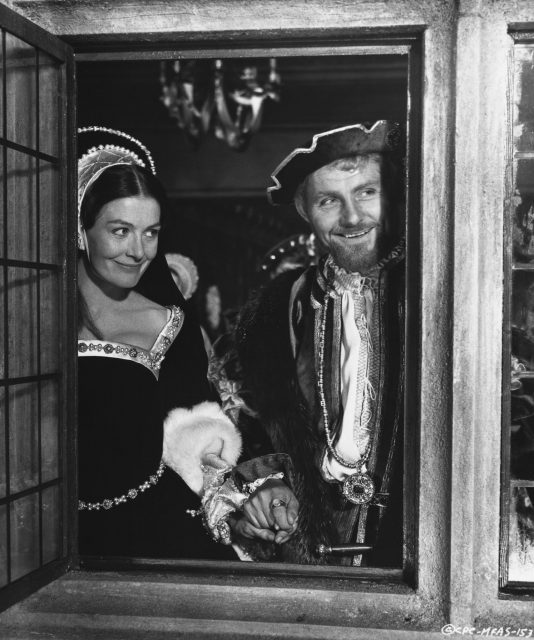 Vanessa Redgrave as Anne Boleyn in A Man For All Seasons. (Photo Credit: John Springer Collection/CORBIS/Corbis via Getty Images)

After giving birth to Elizabeth, Anne suffered three miscarriages, and it was looking doubtful that she could provide Henry with the son he desired either. By March 1536, Henry had grown tired of his new wife and had turned his attention to Jane Seymour instead.

However, before he could marry his new love, it was necessary for Henry to find a way to get rid of his second wife. While Catherine of Aragon had been a Spanish princess with powerful allies, Anne Boleyn was the daughter of an English noble, and all her allies owed their allegiance to the king before her. As such, Henry faced none of the political obstacles he had when he wanted to divorce Catherine, and he was able to dispose of Anne in a much more final way.

Charges of treason and incest were brought against Anne in 1536, only three years after her coronation. It was alleged that her “frail and carnal appetites” had led her to have affairs with five men at court, including her own brother, George Boleyn, Lord Rochford. Anne is also said to have plotted the king’s demise with her lovers. On May 15, 1536, Anne was found guilty of high treason by a jury of her peers. 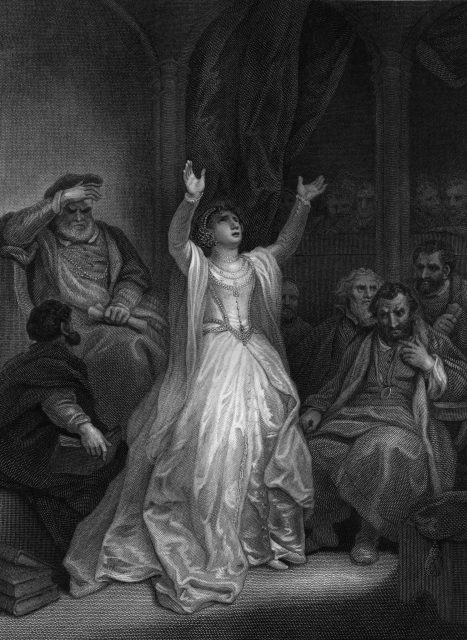 Anne Boleyn raises her arms in despair on being sentenced to death for high treason at the Tower of London. (Photo Credit: Hulton Archive/Getty Images)

Many historians believe that Anne’s fall was engineered by Thomas Cromwell, who had once been her supporter. Anne and Cromwell had disagreed over how liberated church funds should be distributed; Anne wanted the money to go to charitable institutions, while Cromwell wanted it to go into the king’s pocket (and his own).

Later examination of sources certainly suggests that many of the dates of the alleged infidelities don’t make sense. For example, Anne was accused of granting sexual favors to Sir Henry Norris in Westminster during October 1533 when she was still in confinement at Greenwich after Elizabeth’s birth.

Once she was declared guilty, Anne’s execution was swiftly enacted, taking place only four days later. The punishment for treason meant that Anne could face burning or decapitation. The king agreed to the latter sentence, and a renowned swordsman from France was summoned. The fact he arrived so quickly suggests that he was summoned even before the trial had taken place, lending weight to the theories that Anne’s downfall was engineered.

The Book That Escaped

After she had ascended the scaffold, Anne handed her possessions, including the Book of Hours that she’d kept with her in the Tower, to the ladies who were with her in her final moments. After her execution, many of Anne’s possessions were destroyed, but this book and others escaped the purge. 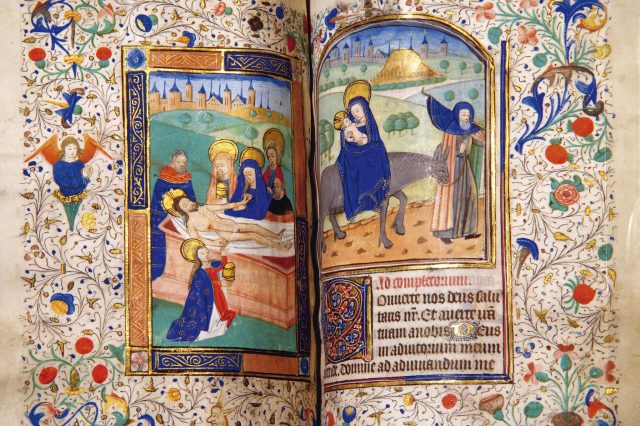 Of the books that survive today, only three bear Anne’s signed inscriptions. Hever Castle, Anne’s childhood home, has two of these books, while the third is held by the British Library. The book which she is thought to have taken to her execution bears the touching inscription: “remember me when you do pray, that hope dothe led from day to day.”

A room at Hever Castle that used to belong to Anne now houses a display of her illuminated prayer books. In Tudor times, a prayer book like this was referred to as the Book of Hours because, while the content of each book might differ, they all contained devotions to the Virgin Mary that had to be observed at the eight canonical hours of the day.

Kate McCaffrey is a former steward of Hever Castle. She spent nearly a year studying the prayer books on display there as part of her Masters in Medieval and Early Modern Studies at the University of Kent. 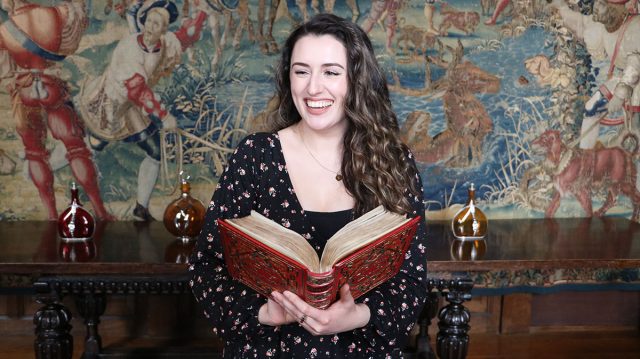 Using ultraviolet light and photo editing software, Kate was able to show that three family names had been written in the smaller of the two books: Gage, West, and Shirley. All of these centered around a fourth name, that of the Guildford family of Cranbook in Kent.

In a press release from Hever Castle, Kate explains: “It is clear that this book was passed between a network of trusted connections, from daughter to mother, from sister to niece. If the book had fallen into other hands, questions almost certainly would have been raised over the remaining presence of Anne’s signature… In a world with very limited opportunities for women to engage with religion and literature, the simple act of marking this Hours and keeping the secret of its most famous user, was one small way to generate a sense of community and expression.” 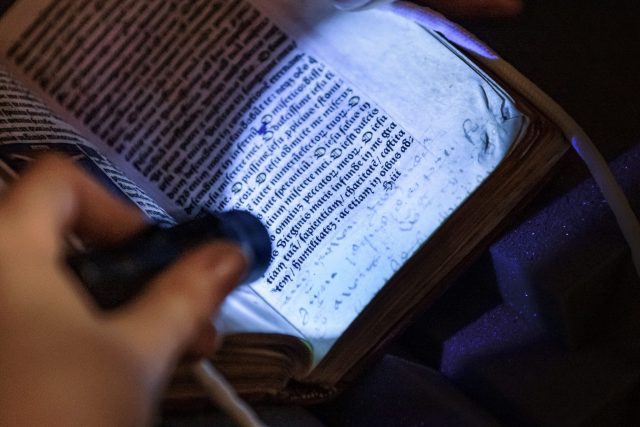 Her supervisor, Dr. David Rundle, was full of praise for his student. “It is every graduate student’s dream to uncover previously hidden information about a well-known historical figure. Kate’s energy and enterprise have allowed her to do just that, even in the depths of the pandemic when libraries were out of all researchers’ reach.”

An interview with Kate, conducted by Dr. Owen Emmerson, is available on the Hever Castle website. As part of the discussion, Kate talks about her excitement in finding other inscriptions that had been erased or smudged out. 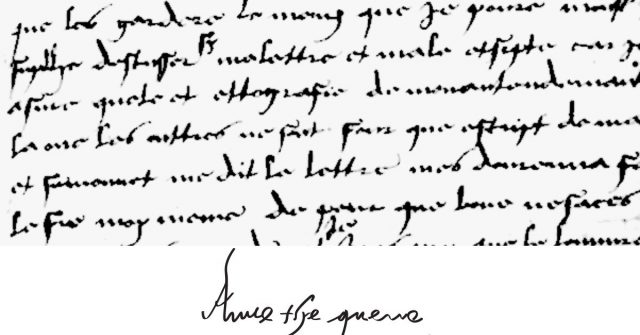 Previously, the provenance of this book after Anne gave it away was unknown, but with these new inscriptions, Kate has been able to trace a path of ownership. Further research, she says, has revealed wonderful stories from “a highly interconnected network or owners who were close to Anne.”

Hever Castle is hugely proud of its association with the remarkable Anne Boleyn, and it’s certain that this new discovery will have visitors and historians alike flocking to the castle to see the prayer books on display. 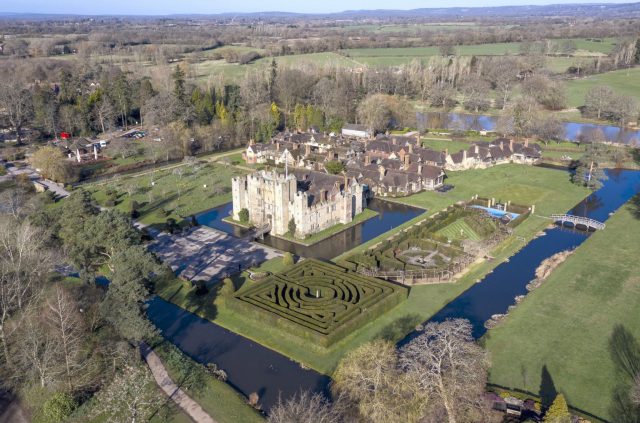 Even for those who don’t have a particular interest in Anne Boleyn, the team at Hever Castle works hard to provide experiences to help history come alive for its visitors. These can range from jousting tournaments to holiday activities for the children or ax-throwing experiences for older visitors.

More from us: Hever Castle, home of Queen Anne Boleyn, restored by an American in early 20th century

Even though almost five centuries have passed since the Tudor dynasty, the lives and exploits of key figures from that time continue to fascinate both historians and the general public. This new discovery is bound to create further discussion of just how much the religious and political upheaval of this turbulent time helped to shape the world we live in today.

« How Disney’s ‘Frozen’ May Have Helped Solve The Dyatlov Pass Mystery
This Comedian Lives In The Tower Of London — And No, He’s Not Joking »