Pioneering 19th-century astronomer Maria Mitchell once received the gift of a telescope, but was this the first case of a cosmic crowdfund?

As described by Maria Popova on Brain Pickings, the 5-inch refractor (or lens-based, rather than mirror-based) telescope was waiting for her after she got back from a tour of Europe.

Not everyone was impressed by Maria Mitchell’s feats of astronomy

The surprise present must have been particularly welcome, as Mitchell’s trip abroad had mixed results. On the one hand, her journey to Liverpool, England, to meet mathematician Mary Somerville was a great success. 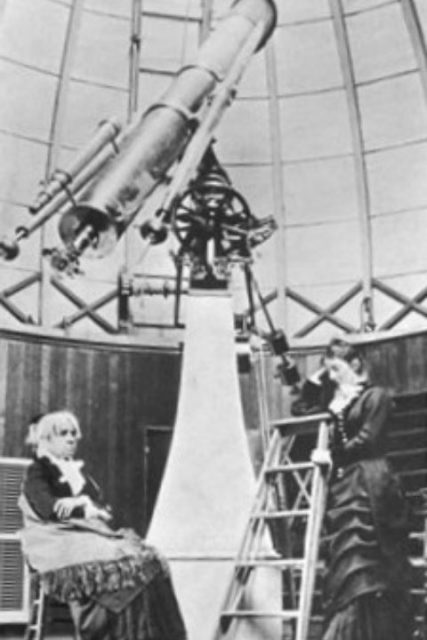 However, the welcome in Italy appeared somewhat lukewarm. Mitchell made her name through astronomy. An inside look at the Vatican Observatory was just the ticket.

Unfortunately, she was initially refused entry. Mitchell’s gender became a stumbling block, and not for the first time. Popova highlights a diary entry, part of which reads: “I did not know that my heretic feet must not enter the sanctuary — that my woman’s robe must not brush the seats of learning.”

While the Pope himself eventually granted her access, she needed to be out before the skies darkened, adding insult to injury.

Unbeknownst to Mitchell, efforts were underway to present her with her own telescope. Elizabeth Peabody, the eminent educator and transcendentalist, had been working behind the scenes.

Raising funds via subscriptions for a paper she published, Peabody spent years achieving her target…a long time, by crowdfund standards or otherwise! The sum required was $3,000 — over $60,000 in today’s money. 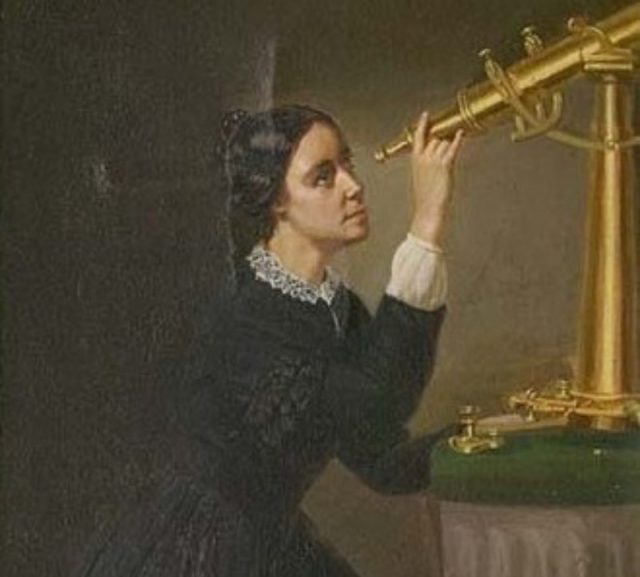 As noted by Popova, Mitchell installed her own 11-foot high observatory dome behind the school where her father William once taught. Open to the public, it reportedly “rotated on a mechanism made of cannonballs.”

The structure was decidedly down to earth, given the origin of Mitchell’s astronomical enthusiasm. Inheriting her interest in stargazing from William, she honed her skills from a young age. The Maria Mitchell Association mentions that by the age of just 14, “ship captains trusted her to rate their ships’ chronometers for their long whaling journeys.”

While the gifting of a telescope from Peabody can be compared to crowdfunding, Mitchell rose to prominence through another modern-day comparison — overnight celebrity.

She went up on the rooftop of the Pacific Bank — another of William’s workplaces — one night in 1847. Looking up at the stars made her an instant success. And it was all down to a perhaps unlikely figure…King Frederick VI of Denmark.

He was handing out prizes for those who spotted new comets. Mitchell made it her mission to find one, and her prayers were answered on October 1st. She beat various beady eyes to log the discovery, which became known as “Miss Mitchell’s Comet.” 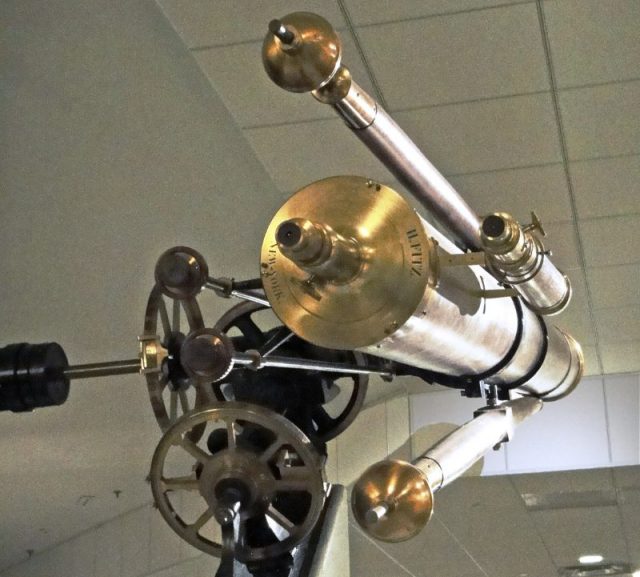 The American Physical Society notes other skywatching achievements, “including observations of sunspots, comets, nebulae, stars, solar eclipses, and the moons of Saturn and Jupiter.”

Writing for Nature in 2018 — 200 years on from her birth — Richard Holmes describes Mitchell’s “agile mind, pedagogic fire, and salty opinions.”

Mitchell later moved to Vassar College, where she took a prestigious role in education. She inspired young minds, but it is felt that her contribution to the field was overlooked by the ages. She certainly had a view on her Vassar pay packet. Holmes mentions her displeasure on learning her $800 annual salary paled in comparison to that of male colleagues. 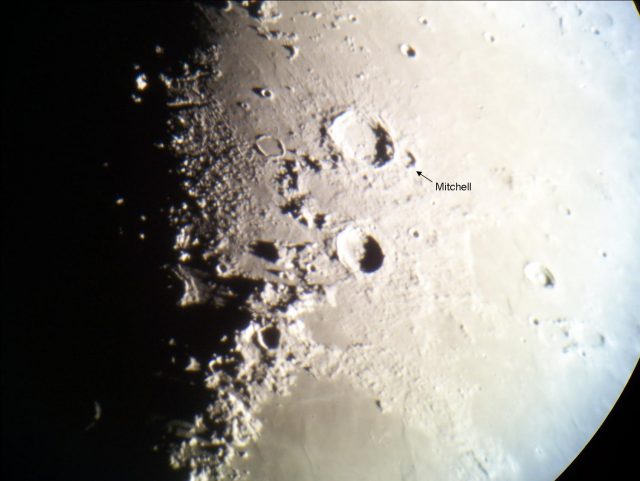 A moon crater named after Mitchell, on the rim of a crater named for Aristotle. (Photo Credit: Eric S. Kounce CC BY-SA 3.0)

Thankfully for Mitchell, generosity was there through gestures like Elizabeth Peabody’s telescope crowdfunding campaign. Appearing to cheer her up during a low point, it helped her on the path to being a celebrated astronomer.

An observatory in Nantucket bears Mitchell’s name, as does a crater on the moon. Her legacy lives on, both on Earth and amongst the stars.

Maria Popova’s piece for Brain Pickings was adapted from her book Figuring, which explores the life of Maria Mitchell and others, including fellow astronomer Johannes Kepler.