Arundel Castle in West Sussex is reeling from the theft of precious items, including a set of gold rosary beads said to belong to Mary Queen of Scots.

The burglary happened the night of Friday, May 21, at 10.30 p.m. Intruders made off with loot worth “in excess of £1 million” according to Sussex Police ($1.4 million).

Mary Queen of Scots’ legacy has been plundered

As reported by the BBC, they “entered through a window and smashed a glass cabinet to grab the items.” An alarm was triggered. It’s especially galling because the castle had reopened to the public just days earlier. 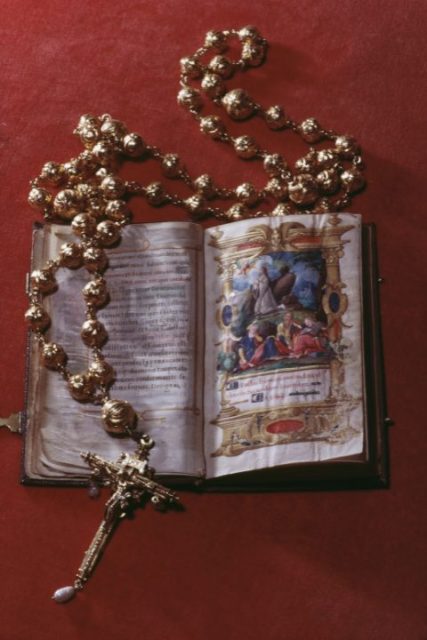 Rosary and Bible once owned by Mary Queen of Scots, on display in Arundel Castle, 1968. (Photo Credit: RDImages/Epics/Getty Images)

The silver and gold sat in a display cabinet, safe from COVID and other threats for years before criminals moved in. Police found a ditched 4 x 4 vehicle that had been burnt out, which they suspect is connected to the case.

Mary’s rosary was the most attention-grabbing feature of the display. It’s believed she carried them to her execution at Fotheringhay Castle, Northamptonshire. Sussex Police also mention “several coronation cups given by the Sovereign to the Earl Marshal of the day” as part of the plunder.

The items represent both monetary and historical value. Quoted by the BBC, an Arundel Castle Trustees spokesperson says they are “unique artifacts” with a hefty price tag but “immeasurably greater and priceless historical importance.”

Professor Peter Squires is a criminologist at the University of Brighton, consulted by BBC Radio Sussex. He explains that, while the precious metal could be melted down, the regal relics were probably stolen with a buyer in mind. 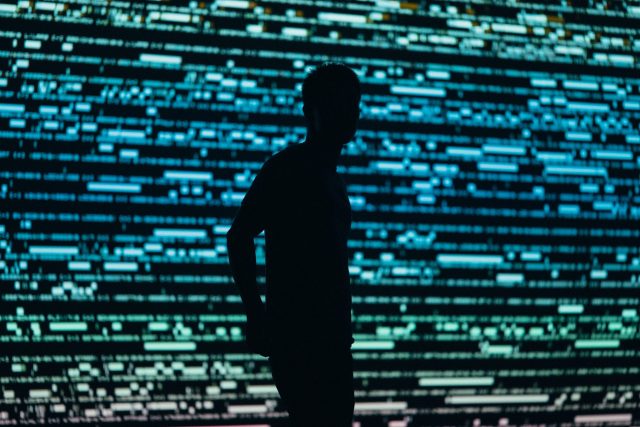 Professor Squires highlights a large number of cases where high-profile valuables with a historic connection are snatched. And these illegal acquisitions won’t wind up on eBay. They reportedly go from the dark web to the collections of under-the-radar and rather wealthy buyers.

The story of Mary Queen of Scots is sure to add interest to any clandestine sale. Recently dramatized in a 2018 movie starring Saoirse Ronan and Margot Robbie, it’s a famous chronicle of intrigue and retribution.

Mary Queen of Scots was born to King James V in 1542. When a boundary-crossing union with Prince Edward, son of Henry VIII, fell through, a war broke out dubbed the “Rough Wooing” (1543–51).

A marriage was arranged with the Dauphin of France, taking Mary away from the Anglo-Scottish conflict. However, he passed away a little over a decade later. 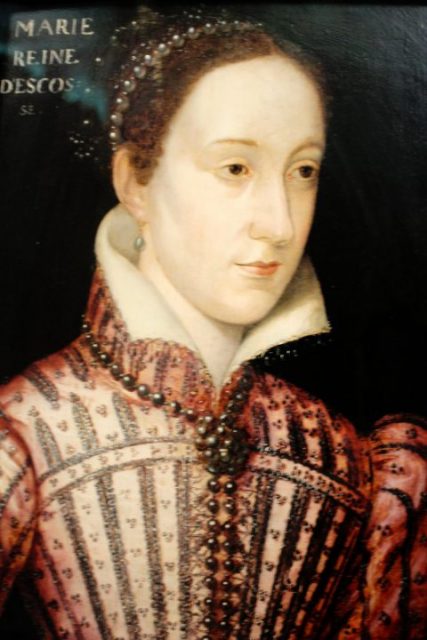 This relationship was nurtured to strengthen Scottish Catholicism. With Mary widowed and Scotland experiencing the Reformation, her next match was a Protestant. And by the sounds of it, it was not a great match.

Henry Stuart, Lord Darnley, is described by Historic UK as a weak man, partial to a few drinks. He was apparently a ruler in name only, with Mary filling the gap.

She became pregnant by him — Darnley himself was murdered and forgotten, but his son became a political hot potato after receiving a Catholic baptism.

The stage was set for Mary’s decline. James Hepburn, Earl of Bothwell and the accused in Darnley’s slaying, became her next husband. However, this was frowned upon. Mary was imprisoned and tragically suffered a twin stillbirth.

She escaped and raised an army against the Protestants, but her attempt to grab power back was unsuccessful. 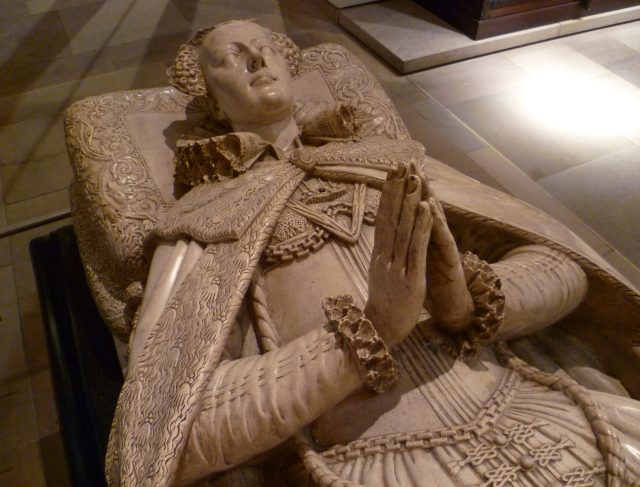 A copy of the effigy of Mary, Queen of Scots on her tomb in Westminster Abbey. National Museum of Scotland. (Photo Credit: Kim Traynor / Wikimedia Commons CC BY-SA 3.0)

Further confinement awaited her when she sought refuge in England. She spent the best part of two decades behind bars. Historic UK describes her as a “political pawn in the hands of Queen Elizabeth I.”

But Mary schemed against her captor. The final curtain fell when this was exposed: “letters in code, from her to others, were found and she was deemed guilty of treason.”

More from us: Princess Diana’s Wedding Dress To Go On Display

The Queen of Scots blazed a turbulent trail through history. Her death was no less memorable. “In a grisly scene,” writes Smithsonian magazine, “the axman struck Mary’s neck three times before fully severing her head from her body.”

Authorities are appealing to the public for information about the missing rosary and the other items that were taken. The latest chapter in Mary’s legacy is urgently seeking a conclusion.