Bootleggers Used These Cow Shoes To Hide Their Tracks During Prohibition

There have been numerous attempts throughout history to ban the sale and distribution of alcohol in America. One such instance was the National Prohibition Act of 1919, which saw the country plunged into 13 years of sobriety — or did it?

While its intention was meant to make America dry, there were bootleggers who ensured the continued distribution of alcohol throughout the country. In their pursuit, they used some pretty ingenious methods.

Prohibition had been present in the U.S. in various forms since the 1700s. When colonists came to the New World, the British government felt there was an abuse of liquor, especially in Georgia. This led to a 13-year ban on the transport of spirits in the colony that was later overturned due to the creation of illegal stills and the illicit importation of liquor from nearby South Carolina.

Things heated up again in the 19th and 20th centuries as a result of the Temperance Movement. Various organizations were created with the intention of removing the substance they believed to be the cause of the issues that plagued American society. This led to states enacting and subsequently repealing Prohibition-esque laws, with Maine outright banning alcohol in 1851. 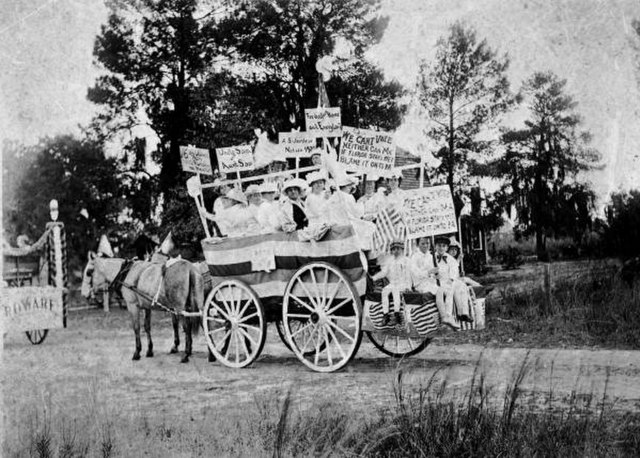 President Lincoln appeared sympathetic to the cause. In his 1842 Temperance Address, he spoke of how impressed he was with the success of those campaigns that sought to cut alcohol consumption. However, he did ask for sympathy for long-time drinkers, as they would need some time adjusting to the new efforts.

America enters into the Prohibition Era

Urban growth and the rise of Protestantism in the U.S. saw a new wave of attacks against alcohol. Both factory owners and supporters of the Anti-Saloon League expressed their concerns in 1906, with the former enticed by the possibility of reducing the number of workplace accidents while increasing production and working hours.

Upon the country’s entry into WWI, President Woodrow Wilson placed a temporary wartime prohibition on alcohol production, in order to save grain for food production. In 1917, Congress submitted the 18th Amendment. It was ratified in 1919 and officially put into effect federally in January 1920. 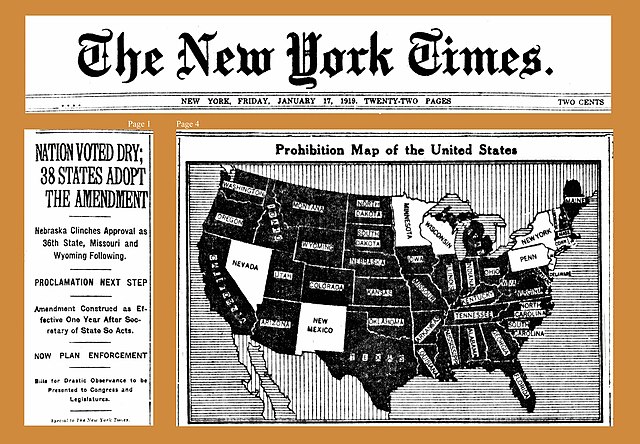 The National Prohibition Act — also known as the Volstead Act for its champion, Representative Andrew Volstead — made it illegal to produce, transport, or sell alcohol, but did stop short of actually criminalizing it being ingested.

Bootleggers ensured alcohol was still readily available to those who wanted it. Moonshine, high-proof distilled whiskey, was brewed in desolate areas, such as fields and forests, to ensure total secrecy. It was distilled and transported under the cover of night, in order to evade law enforcement. 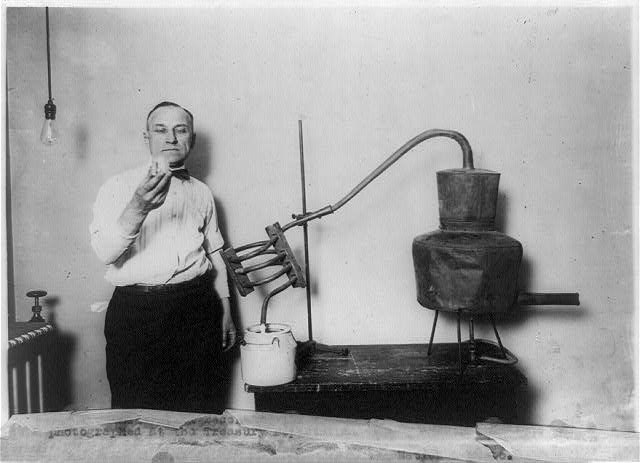 Given its illicit status, moonshine was expensive, meaning those in the middle and upper classes were its primary customers. It was made available privately and at hidden speakeasies, where patrons could purchase it in secret, away from prying eyes.

Bootleggers went to extremes not to get caught

Efforts were taken to ensure the illicit liquor wasn’t confiscated. However, many bootleggers found law enforcement was still able to locate their hideouts by following their footprints in the dirt. That’s when they came up with an idea that revolutionized the game, at least temporarily.

Called “cow shoes,” they were designed to alter the appearance of a person’s footprints, thereby masking their path and throwing the authorities off their trail. They were made of wooden blocks carved into the shape of cattle hooves and tacked to a metal strip. The strip was then attached to the bottom of the bootlegger’s shoes in order to make it appear as though animals had been in the vicinity, not humans. 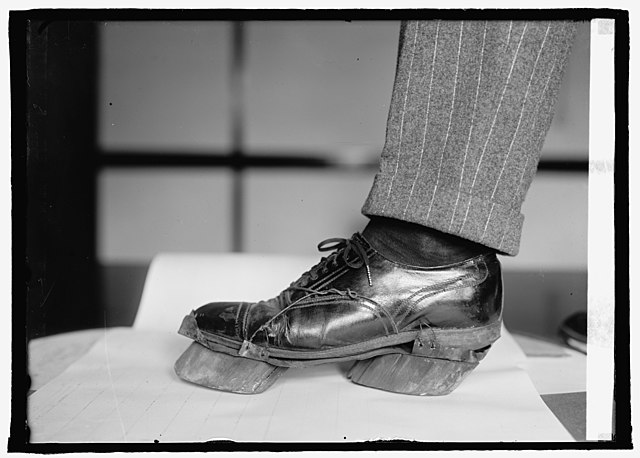 While the shoes’ origins are unknown, it’s believed the idea came from Sir Arthur Conan Doyle’s The Adventure of the Priory School. In it, detective Sherlock Holmes investigates the case of a missing student and his teacher, and discovers the murderer was able to evade police with horses wearing fake cow hooves.

The police eventually caught on

An article in a May 1922 edition of the now-defunct Evening Independent discussed the shoes. They’d been discovered by law enforcement, with State Prohibition Enforcement Officer A.L. Allen calling them the “latest thing” in a moonshiner’s toolkit. 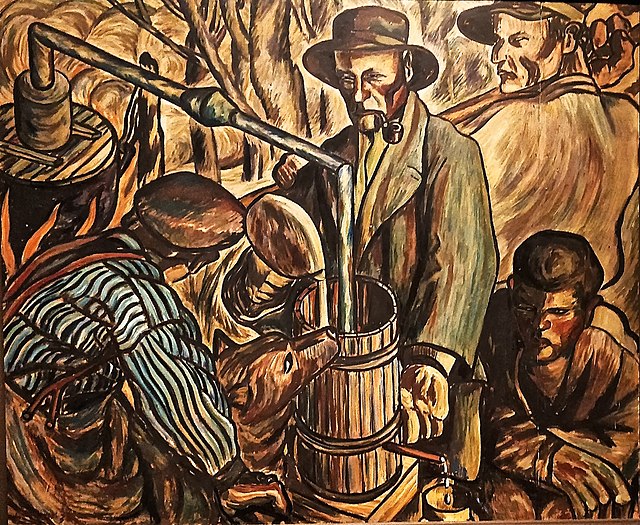 Upon their use being publicized, it’s believed cow shoes were likely replaced with other efforts.

Prohibition eventually came to an end

The Prohibition Era ran until 1933. The country had recently entered the Great Depression and money was tight. This meant job creation and the introduction of extra revenue streams were needed to stimulate the economy. For many, re-legalizing the liquor industry was a way of bringing in the much-needed funds. 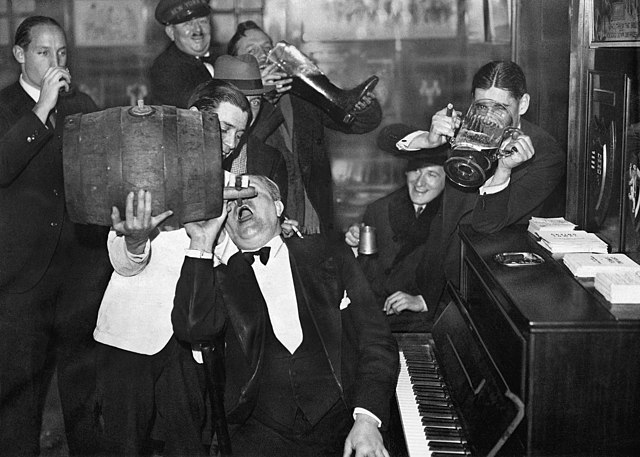 Franklin D. Roosevelt’s presidential campaign focused on repealing Prohibition. This appealed to many and resulted in him winning the election against incumbent Herbert Hoover.

The ratification of the 21st Amendment occurred in December 1933, officially ending Prohibition in America. While states still had their own Prohibition laws in place, all were abandoned by 1966.

« 9 Things That Prove Medicine Has Come A Long Way Since The 1900s
Did Self-Help Become A Thing Due To 19th-Century Radicals? »