10 Fascinating Historical Facts About US Money

Money is an important aspect of today’s society. These metallic coins and paper notes would be seemingly worthless, except for the fact society has ascribed to them a monetary value. Strange, yes, but also fascinating — almost as much as the following facts. You’ll be hard-pressed to find ones more worthy of your time.

The Fugio cent is the oldest circulation coin

Also known as the “Franklin Cent,” it was the first coin to officially enter circulation in America. Minted in 1787, the copper design was created by Benjamin Franklin, and resembles the 1776 Continental Currency coin never put into circulation.

The coin features the sun shining down upon a sundial, with the caption “Fugio.” Franklin inscribed “Mind Your Business” on the bottom, a phrase many believe to be tied to his work as a businessman. “We Are One” is present on the back, surrounded by 13 chain links to represent the original U.S. colonies.

The original 13 colonies are represented on the $1 bill

While the all-seeing eye on the $1 bill is universally recognizable, many would be surprised to learn the banknote also pays homage to the original 13 colonies. Along with 13 steps climbing the pyramid, the denomination features 13 vertical and horizontal bars and stripes on the shield, and 13 stars above the eagle.

It doesn’t stop there. 13 berries and leaves appear on the olive branch held by one of the eagle’s talons, while the other holds 13 arrows. Finally, there are 13 stars on the Department of Treasury seal. It’s practically a monetary version of I Spy! 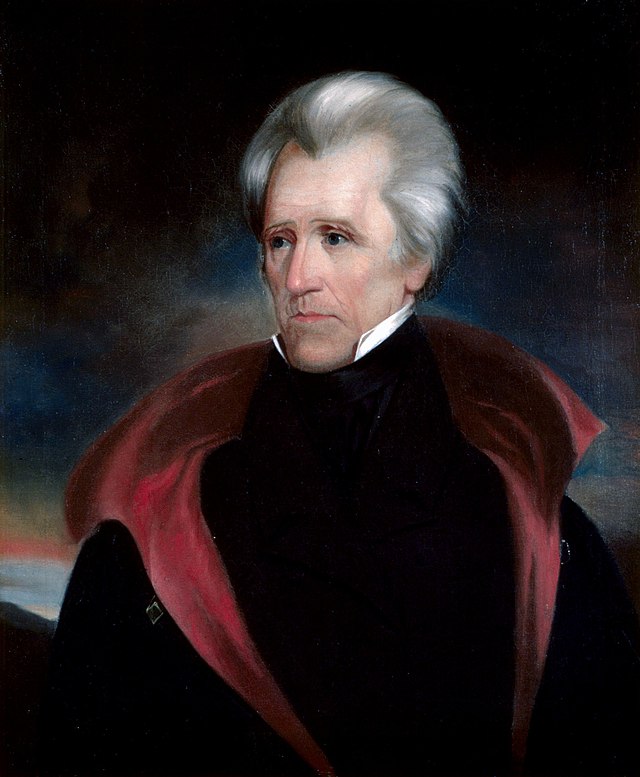 While President Jackson’s face appears on the $20 bill, he was actually a staunch opponent of paper money. Gold and silver coins were the only legal tender in his eyes.

At the time, America didn’t have a national currency. Paper money was printed by individual banks, meaning its value could fluctuate drastically. Many felt it had no worth and Jackson, in particular, believed such a system was abusive to citizens. 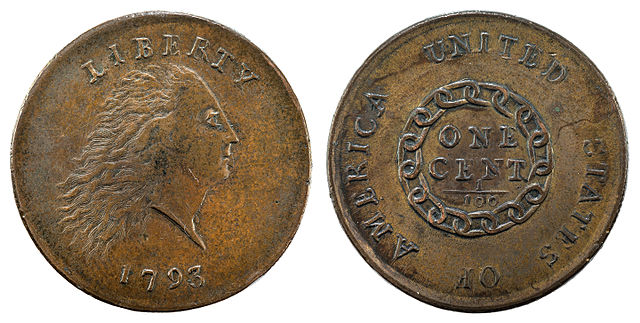 While the first nationally circulated coins were minted around 1793, the first official paper notes didn’t enter circulation until 1862. Leading up to the middle of the 20th century, there were three main forms of currency: coins, gold and silver certificates, and commercial banknotes. The latter were issued by private banks and supported by government bonds.

It wasn’t until the Civil War was underway in 1862 that congress created the “Greenback,” a fiat currency meant to help fund the conflict. It was the first time the government had issued paper money since the Continental Congress did so to help fund the Revolutionary War.

Money in the U.S. was backed by gold 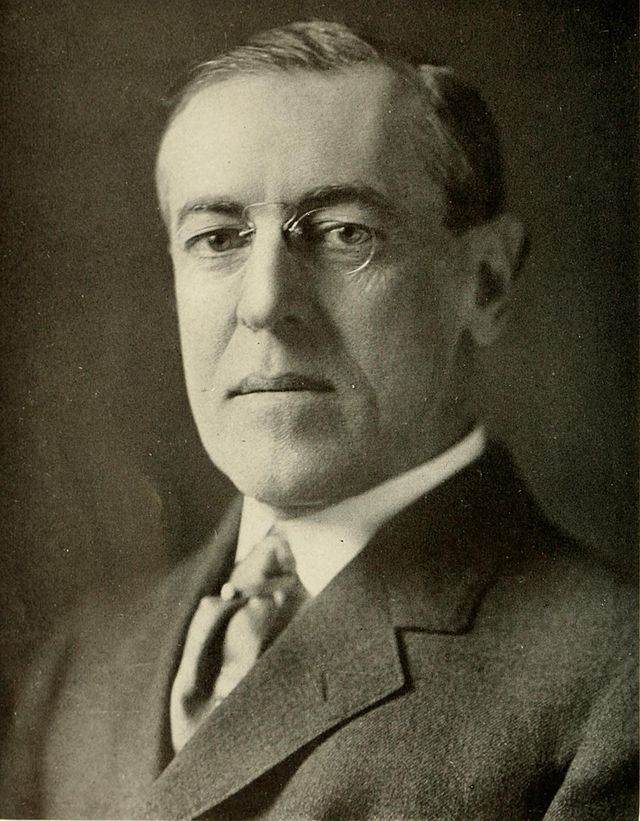 Not literally. From 1900 to 1933, money was backed by the Gold Standard, as under the law gold was the only metal that could be redeemed for banknotes. During this time, President Woodrow Wilson’s Federal Reserve Act of 1913 created a decentralized bank to balance the sentiments of private banks and the populous.

The Gold Standard was modified after WWI when countries realized they didn’t need to tie their currencies to it. As time went on, the U.S. government found it didn’t have enough gold to back all the Federal Reserve Notes in circulation. It also connected unemployment rates and deflation to the Gold Standard.

Thus, President Franklin D. Roosevelt aimed to end it with the Emergency Banking Act of 1933 and his Executive Order 6102. While a form of the Gold Standard would be revisited after WWII, President Richard Nixon cut all ties in 1971, paving the way for the country’s fiat currency.

In order to prevent the counterfeiting of bills, the government printed them in green ink. As cameras at the time could only take photos in black and white, this made it difficult to create photographic fakes.

Green ink continued to be used after denomination designs became standardized in 1929, simply because there was so much of it. It also carried with it positive connotations. Further anti-counterfeiting measures include the shrinking of bill sizes, which also cut down on manufacturing costs.

Martha Washington is the only woman to appear on paper money

While women have been represented on coins, Martha Washington was the first to have her image printed on paper money. She was featured on banknote certificates printed in 1886, 1891, and 1896.

Harriet Tubman will be the second woman to ever have her likeness featured on a bill. In 2016, the U.S. government announced she would be replacing Andrew Jackson on the $20 note. While President Obama initially wished for the bills to enter circulation by 2020, their release was postponed until 2028. President Joe Biden is now looking to accelerate the process.

Pennies were made from steel during WWII 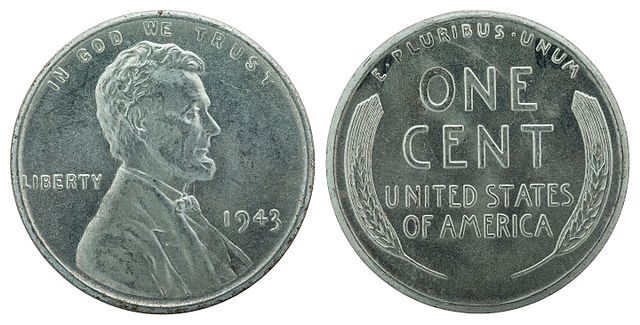 In 1943, pennies were composed of steel and zinc, as copper was needed for ammunition. Produced by the mints in Denver, Philadelphia, and San Francisco, it’s the only regular-issue coin to contain no copper whatsoever.

The steel penny had a lot of issues. Its silver sheen often resulted in it being confused with dimes and it rusted easily, as the galvanization process didn’t extend to its edges. It could also be picked up with a magnet, meaning it couldn’t be used in vending machines. While it remained in circulation until the 1960s, the majority were rounded up in 1943 and destroyed.

Bonus Fact: Many Americans support removing the penny from circulation, as it currently costs more to produce than the coin itself is worth!

The Secret Service was initially created to stop counterfeiting 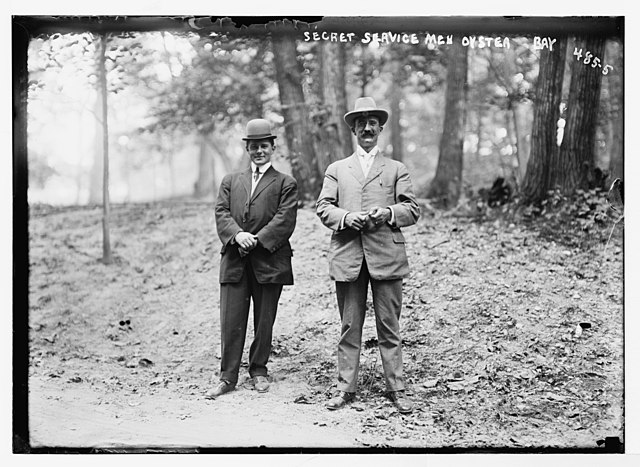 While the modern Secret Service is known for protecting the President, it was originally created during the Civil War to fight counterfeiting. The illicit activity ran rampant at the time, and it’s estimated between one-third and one-half of all money in circulation by the end of the war was counterfeit.

While the agency’s duties were widened in 1867 to include “detecting persons perpetrating frauds against the government,” their current role wouldn’t come into effect until the 1901 assassination of President William McKinley. 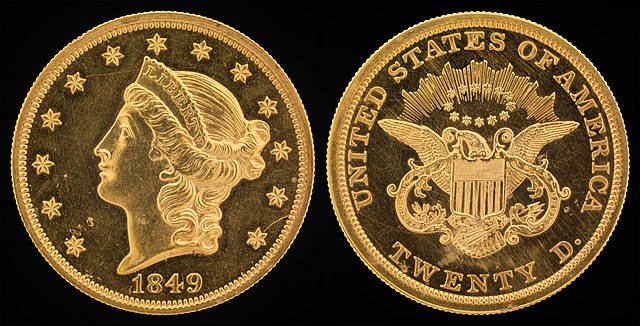 Dubbed the “Double Eagle” coin, it was never actually put into circulation. Created under the Coinage Act of 1849, only two proof versions were minted, and its existence coincides with the California Gold Rush that occurred during the same year.

While one of the two coins is featured in the National Numismatic Collection at the Smithsonian Institute, the whereabouts of the second are unknown. It was initially presented to then-Treasury Secretary William M. Meredith and later sold with his estate. If it surfaces, analysts estimate its worth to be over $10 million.