An ancient mastodon skull along with fossils dating back millions of years have been found in a petrified forest close to the Sierra Mountains in California.

A patrol ranger made the major archeological discovery while doing his rounds last year. Greg Francek’s job is to roam a 28,000-acre stretch owned by the EBMUD (East Bay Municipal Utility District).

Melting ice from the Sierras provides natural drinking water for over a million Californians, but it isn’t just the flow of water that’s significant to the landscape. Volcanic activity also played its part in shaping the area. Both contributed to the petrification of buried trees — turning them slowly to stone — and the transportation of fossils.

Francek chanced upon the fossil-rich site during summer 2020. His trek took him alongside the Mokelumne River, in the northern part of the state. 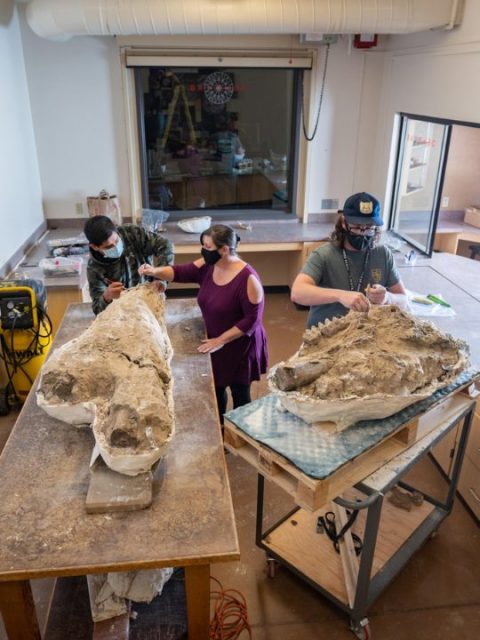 Initially, he thought he’d spotted some strange-looking wood. It was in fact petrified, having mineralized into stone over a long period. Six hundred petrified trees make up the forest location.

But more was to come. Francek noticed the fossilized remains of a vertebrate. Could there be signs of life beyond branches? He reckoned the time had come to call in the experts.

California State University’s Russell Shapiro and others moved in to take a look. They found what Live Science writes were “dozens of fossil species” dating back millions of years to the Miocene Epoch of the Neogene Period (spanning 23–5 million years ago).

SFGate notes the fossil collection is the “largest and most diverse in the state’s history.” Yet the first big discovery proved to be a true eye-opener.

A “softball-sized molar” was revealed, and as the team kept excavating, they were brought face to face with the skull of a mastodon. Mastodons — the name means “breast tooth” in Ancient Greek, and they are named for the distinctive shape of their molars — are ancestors of the elephant. 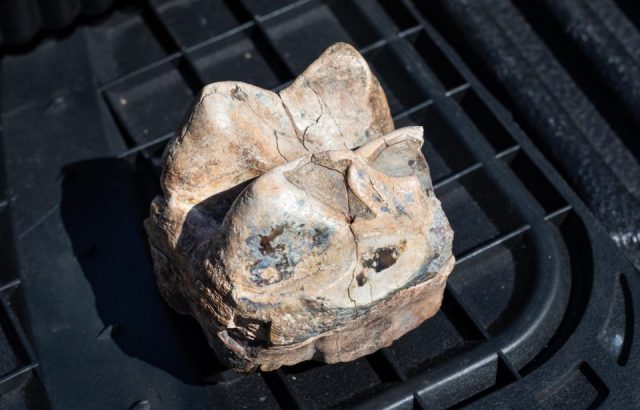 Chico State Today reports that this is “the first known species of its kind to be discovered in this part of Northern California.”

What happened to the mastodon? As explained by the Daily Mail, they probably went extinct through “a combination of climate change and overexploitation by hunters.”

The fossils just kept on coming out of the ground. As well as the mastodon, a 400-pound salmon added to the prehistoric jackpot. Experts believe the salmon may have had a set of spiked teeth. A vivid artist’s impression brings the fantastic fish beast to life. 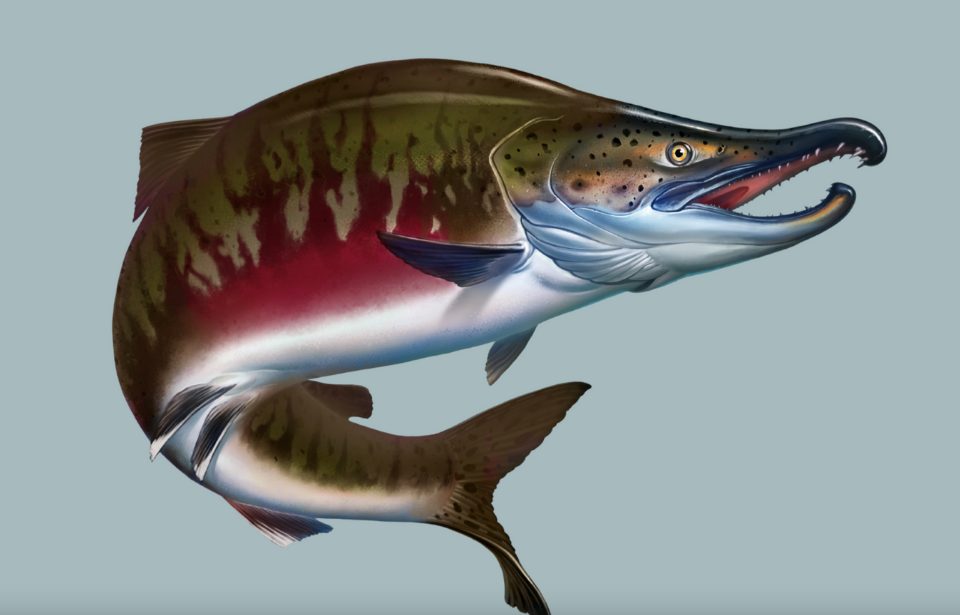 As mentioned by EBMUD in a statement, other creatures possibly washed into the area include tapirs, tortoises, rhinoceros and even a camel. This was apparently a version that existed pre-hump.

For Shapiro, it was perhaps more than he ever dreamed possible. Chico State Today notes that the Sierra watershed had yielded “only a single horse tooth” beforehand.

The mastodon is an incredible find, but it isn’t an isolated case. SFGate writes that one was “last found in California by the agency in 1947 during pipeline construction in Contra Costa County.”

What does this archeological discovery mean for America’s natural history?

EBMUD says that the site provides a glimpse into life in the region as it changed from a forest landscape to grasslands. They also see it as an as-yet-untold story in the natural history of Northern California.

More from us: Pottery Fragments Can Now Be Put Together Using Neural Networks

Where is this extraordinary location? The exact spot isn’t being revealed to the public, in order to protect and preserve the contents.

The public will have an opportunity to check out the mastodon skull for themselves when it arrives at the Gateway Science Museum in Chico city, California, later this year.