Giant Tortoise Revealed As Species Long Thought To Be Extinct

In 2019, scientists on Fernandina Island came across a large female Galápagos giant tortoise. Tests carried out in May 2021 have confirmed that the tortoise is part of the species Chelonoidis phantasticus, which was thought to be extinct.

The Galápagos giant tortoise is a species complex of around 15 different types of tortoise. They are the largest living species of tortoise, and some have been known to weigh up to 417 kilograms (919 pounds). They are found on seven of the Galápagos Islands (which consist of 18 main islands, three smaller islands, and 107 rocks and islets). 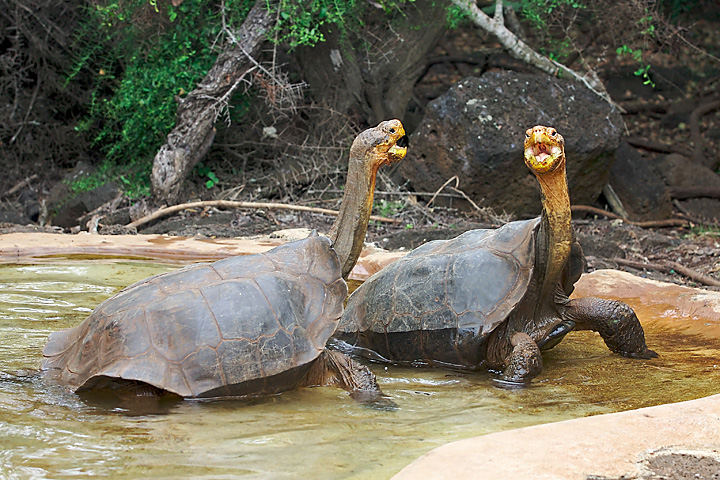 These tortoises can spend up to 16 hours of the day napping. In between bouts of basking in the sun, they graze on grass, leaves, and cacti. While they have no natural predators on the islands where they live, sadly, these tortoises have been much sought after by humans for their meat and oil.

Their numbers further declined when their habitats were lost as part of clearing space on the islands for agriculture. In addition, the introduction of pigs, dogs, cats, rats, and goats onto the islands has posed a threat to the tortoises’ food sources and their eggs. As a result, tortoises have been wiped out on three of the islands.

It was estimated there were around 250,000 tortoises in the 16th century. By the 1970s, this figure had dropped to only 3,000. Conservation efforts have included breeding juveniles in captivity and then releasing them onto the islands.

Fernandina Island was named after King Ferdinand of Spain, who sponsored Christopher Columbus. In the past, it had been known as Narborough Island after the English admiral John Narborough. 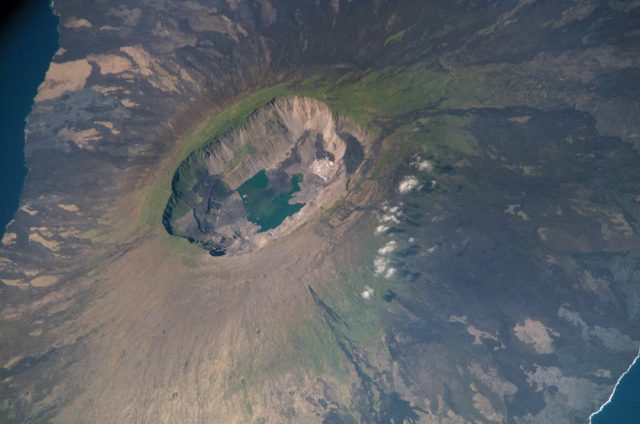 With an area of 642 square kilometers (248 square miles), the island is the third largest of the Galápagos Islands. It has an active shield volcano that erupted as recently as April 11, 2019.

A narrow stretch of volcanic rock known as the Punta Espinoza is a favorite basking spot for hundreds of marine iguanas. Other inhabitants include penguins, pelicans, sea lions, and the flightless cormorant. There are no human inhabitants and, until recently, it was supposed that there were no more tortoises there either.

Chelonoidis phantasticus is more commonly known as the Fernandina Island tortoise because it is only found on this particular island. The last sighting of this creature was in 1906 when a male was found by the California Academy of Sciences. After that, there were no further sightings, although scientists and researchers did note tortoise droppings and cactus bite marks in 1964 and 2013. 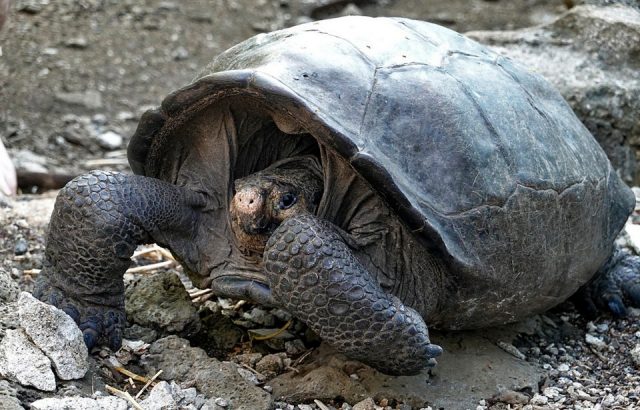 The only specimen of Chelonoidis phantasticus that we know of. (Photo Credit: Rodrigo Buenida/AFP via Getty Images)

There was a possible but unconfirmed sighting of a tortoise there in 2009, but nothing concrete. The species was listed on the IUCN red list as critically endangered (possibly extinct). The International Union for Conservation of Nature maintains the world’s most comprehensive inventory of the global conservation of biological species.

It wasn’t until 2019 that a living tortoise was once again found on Fernandina Island. Reports state that researchers crossed three miles of lava flow before they found a female tortoise hiding under a pile of brush.

Hope Across the World

The tortoise was taken to a breeding center on Santa Cruz Island in the hopes that a mate could be found for her. During her stay there, various tests were run, including one genetic test that compared her DNA to that of the male found in 1906. On May 25, 2021, geneticists from Yale University confirmed that this female was indeed a member of the Chelonoidis phantasticus species. 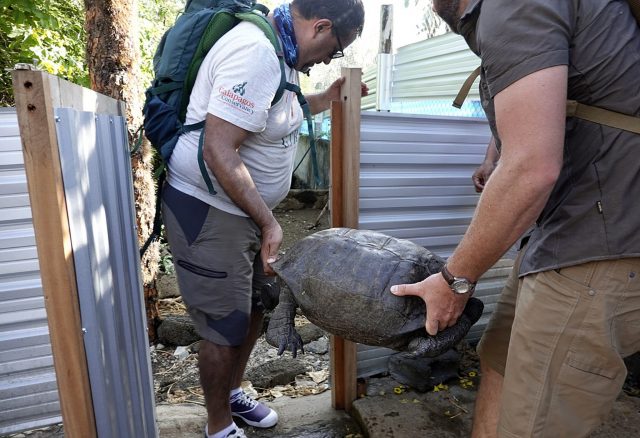 Reacting to the news on Twitter, Ecuador’s Environment Minister tweeted a positive message that has been translated as: “It was believed extinct more than 100 years ago… Hope is alive!”

Forrest Galante, an American conservationist and television personality, was part of the team that found the tortoise. The expedition and its remarkable discovery were featured in the first episode of the second season of his television show Extinct or Alive. 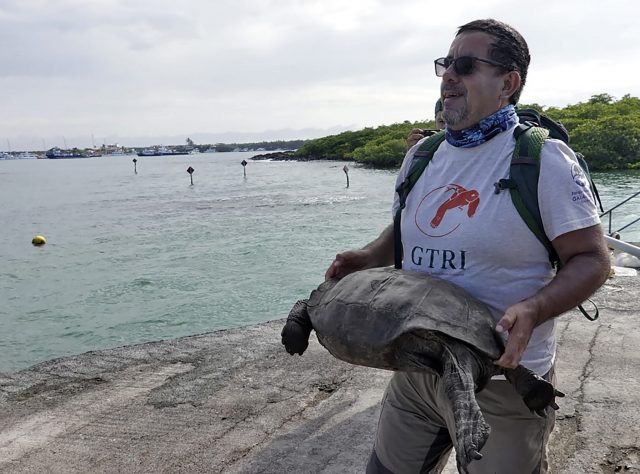 More from us: How A Cat Food Company Is Helping Save Coral Reefs

Danny Rueda, the Director of the Galápagos National Park, has indicated that a further expedition will be made to Fernandina Island to see if there are any other members of this species still living.

Prints and feces on the island suggest that there might indeed be more of these remarkable creatures still living. We can only hope that this is the case and that, in the future, Chelonoidis phantasticus can thrive on the island once more.