5 Of The Most Famous, Still Unsolved UFO Sightings

On June 3, 2021, The New York Times was able to report on findings by U.S. intelligence officials on UFO sightings. This report came after an increase in strange movements in the skies that continue to baffle both the U.S. military and the scientific establishment. Although the intelligence authorities have not found any concrete evidence that UFOs seen by navy pilots in recent years are alien spacecraft, they haven’t yet ruled that possibility out.

If one goes by the Drake Equation (first developed in 1961 to estimate the number of transmitting societies in the Milky Way galaxy), it seems probable to assume that we are not alone in the universe. As of March 2018, more than 3,708 exoplanets have been confirmed in the Milky Way Galaxy. Below are some of the most famous, still unsolved UFO sightings that can’t be explained even today. 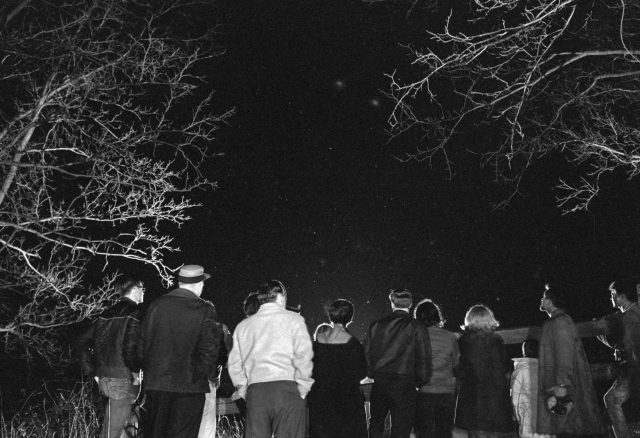 In 2020, the Department of Defense authorized the release of three unclassified Navy videos. One had been taken in November 2004, and the other two had been shot in January 2015; however, the videos were circulated in public in 2007 and 2017 without authorized releases.

The three videos that are typically referred to as “FLIR1,” “Gimbal,” and “GoFast” are all characterized by what the Navy deems “unidentified aerial phenomena.”

The video known as “Gimbal” was taken by a U.S. Navy F/A-18 Super Hornet with the footage captured by a Raytheon Advanced Targeting Forward-Looking Infrared Pod, which was the most advanced sensor and tracking system of the time. One of the crew members believed the UFO to be a drone, while others were shocked at its ability to fly against the wind.

The video known as “FLIR1” shows an oblong-shaped object and is appears dark against the daytime sky. The third video, known as “GoFast” shows an unidentified object over the east coast of the Atlantic Ocean. The thing was oval and did not appear to have any wings or produce exhaust of any sort.

The pilots, whose voices are noticeable over the audio, are perplexed and excited about what they are witnessing. Viewers can hear them wondering out loud what this object could be.

What makes these sightings so impressive and believable is that to this day, no military personel can describe what these objects are, nor is there any concrete scientific explanation associated with these UFOs.

The object was described as completely silent, dark gray, and about 6 to 24 feet in diameter. Some eye-witnesses described it as a “spinning frisbee,” while others didn’t notice it rotating at all. The object appeared just below the cloud line for about five minutes before shooting off into the clouds.

Even though the incident garnered nationwide coverage, neither United Airlines nor the Federal Aviation Administration investigated the event. This is interesting as the object was hovering in a major international airport with multiple credible eyewitness accounts. 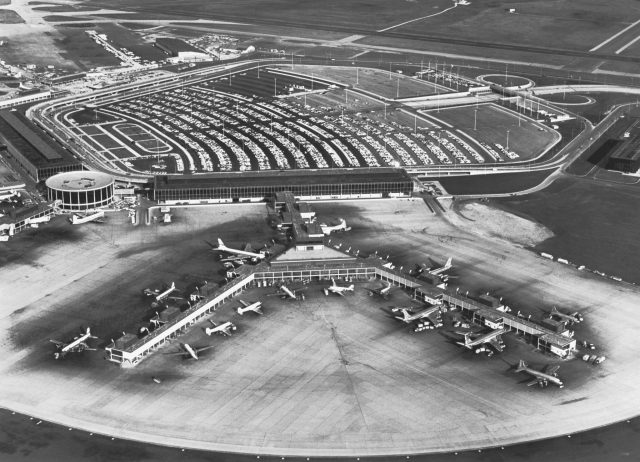 The Phoenix Lights (sometimes referred to as “Lights Over Phoenix”) was a series of widely sighted UFOs in the skies of Arizona, Nevada, and the Mexican State of Sonora on March 13, 1997.

Witnesses who saw these lights described them as “otherworldly.” On March 13, 1997, between 7:30 and 10:30 p.m., thousands of people reported seeing strange, bright lights brighten up the night sky.

Two distinct events made up the Phoenix Lights. The first event was described as a V-shaped object the size of a commercial airplane soaring through the sky. Some eyewitnesses claimed this object to be “more than a mile wide.” The second event described was a series of orange, flashing, lights.

The lights in the ‘V” formation have been described as a “formation of five planes traveling at high altitudes” above the area. However, people who witnessed these lights are not convinced by this explanation. For the Phoenix Lights, the jury is still out on whether this was just a routine practice by military pilots or if it was in fact an alien UFO. 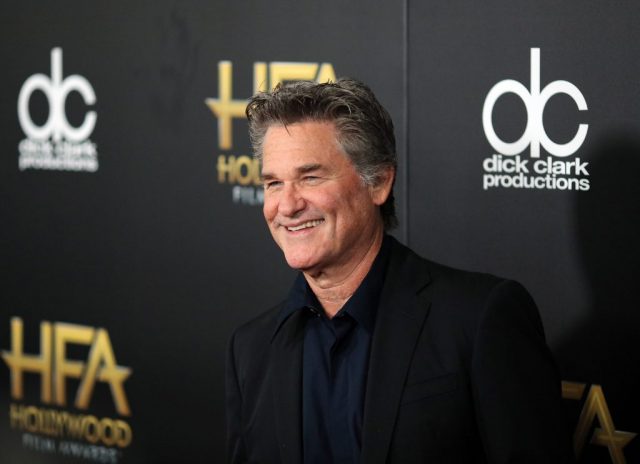 Actor Kurt Russell was the first person to report to Phoenix Lights in 1997. He was a pilot flying his son when he called in a report on what he was seeing. (Photo Credit: Mark Davis/ Getty Images)

4. Lights above the New Jersey Turnpike

It takes something very spectacular or unusual to make people pull over on a highway and stop their cars. However, people driving on the New Jersey Turnpike witnessed something both spectacular and unusual on the night of July 19, 2001.

More than a dozen people, including two New Jersey police officers, saw a set of golden lights hovering in the night sky for about 15 minutes before disappearing.

On the night of the sighting, there were no planned military operations in the area, and the air traffic was light at the time of the reported sightings. What struck many of the witnesses of these lights was the emotional weight it gave them. Something about these lights struck the witnesses on a very deep level, making this reported UFO sighting both very strange and very spectacular to garner such a reaction.

One Labor Day weekend in 1969, four unrelated families in the Berkshires reported experiencing and seeing very weird things. Not only were UFO sightings reported, but so too were alien abductions. To this day, no one can really explain what these people both saw and experienced.

Jane Green was driving with a friend around dusk on September 1, 1969, when she recalls seeing several bright lights ahead of them. She recalls thinking it was an accident, but when she got closer to the scene, the light was so bright she had to pull over to the side of the road.

When she got out of the car to get a better look at what was going on, she remembers seeing a huge object floating over the road. It was so big that Jane remembers not being able to see the end of it. Within a few seconds, the object lifted up and flew over the mountains.

Around the same time, another young person named Tom Warner was at a neighbor’s house. As it got dark outside, Tom recalled hearing a voice that said “you need to go home now” to him. Immediately, he got up and attempted to run home.

Tom realized he was running in place and after realizing he could not move, he knew something was seriously wrong. Supposedly, a UFO dropped out of the sky and beamed him up to the ship. Although this situation might seem far-fetched, the neighbor Tom was with named Jane Shaw witnessed everything that Tom claimed and agreed that she saw him not only running in place but also being taken by a UFO. 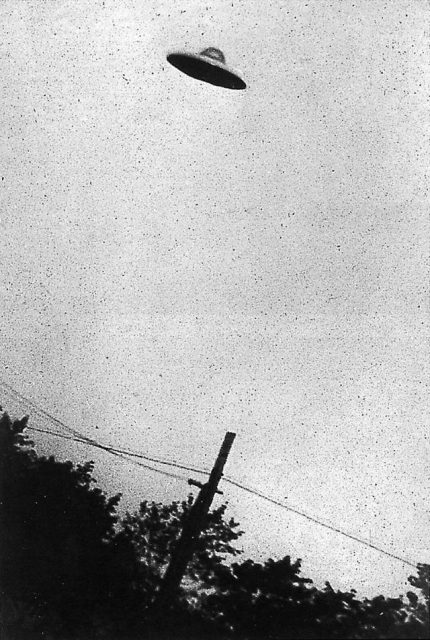 Melanie Kirchdorfer, who was 12 when she had her experience with the Berkshire UFO, remembers going to Dairy Queen the night of September 1, 1969, with her family. As they backed out of the parking lot, she remembers a “brilliant bright aura” surrounding their car.

Her father then decided to chase the bright light. However, she doesn’t remember anything after the chase began other than levitating and “being on a ship.” She woke up hours later near a lake and had to find her way home.

Reed describes what they felt as a sudden change in pressure. As the light grew brighter and brighter around them, the family realized they were somewhere else. Reed recalls being in something that looked like an airplane hangar, but eventually, they were removed from the vehicle.

The family then seemed to “wake up” back in their car three hours later. They were over a mile from where they had previously been on the Sheffield Bridge, and Thomas Reed’s mother was seated in the passenger seat and his grandmother — who didn’t drive — was seated in the driver’s seat.

More from us: Lunar Dust Is More Toxic Than We Previously Thought