A half-scale version of Noah’s Ark isn’t fit to travel and must stay in the less-than-Biblical setting of Ipswich, England.

That’s according to the Maritime and Coastguard Agency (MCA), which impounded the 230-foot-long vessel. In the Good Book, Noah’s animals went in two by two, they say, but now, the Ark is racking up thousands of pounds in charges as British and Dutch authorities attempt to resolve the situation.

The trouble started when the ship docked at Orwell Quay in November 2019. Owner Sir Aad Peters, who works in the media, saw this as one stop on a greater voyage of discovery for visitors. 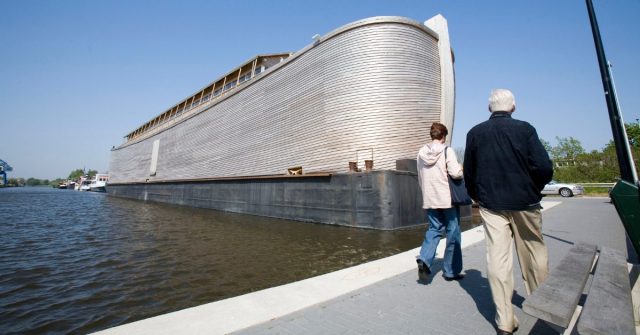 His view wasn’t shared by the MCA. A detention report seen by the East Anglian Daily Times states there were “load line certificates missing,” a legal necessity whereby anything longer than 24 meters must have information on its cargo capacity.

In addition to sea-going weight issues, the vessel reportedly had “overdue services for fire equipment, life jackets, and life crafts.” Ancient Origins mentions a lack of anti-fouling paint, used to protect the hull against the likes of barnacles.

The East Anglian Daily Times used a Freedom of Information request to obtain juicy details of the dispute, which they refer to as an international incident.

They report that in spite of being registered in the Netherlands, the Ark can’t display a Dutch flag while traveling. On a less patriotic and more practical note, its daily fees for staying in Ipswich are £500. The fine was imposed on April 1st. 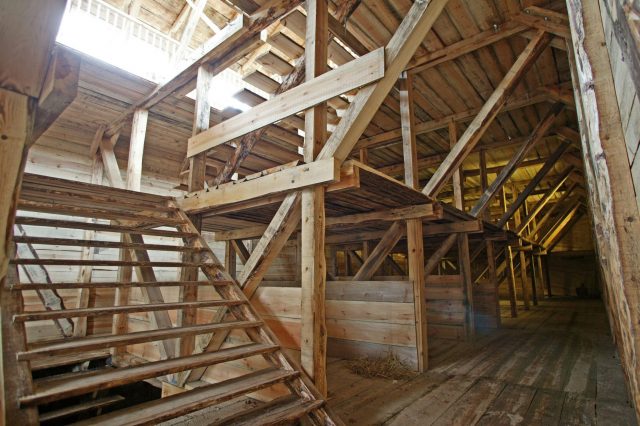 As reported by BBC News, an MCA spokesperson says the Ark “will remain detained until all the deficiencies have been put right.” Following this, an approved surveyor should be “invited back by the owners to check that they have been corrected.”

The Dutchman is trying to fly away

Sir Aad Peters and company believe the Ark isn’t subject to these rules, due to its status as a “non-certified floating object.” The modern-day Noah states that all necessary regulations have been adhered to.

Back in January 2020, the Ipswich Star reported the Ark would extend its stay in the town. Peters is quoted as saying: “I am happy to be staying longer in Ipswich, we love it here and will consider British people our close friends forever.”

These appear to have been happier times. The MCA has apparently kept the vessel in dock for a while. Ancient Origins refers to coverage where residents complained about the Ark’s appearance.

Whatever the views on the aesthetics, this is a unique recreation of Noah’s legendary mode of transport. Built by Johan Huibers, it features wooden cladding and was bought by Peters in 2010. Huibers went on to construct a full-size Ark called “Johan’s Ark,” which has been open to the public since 2012. 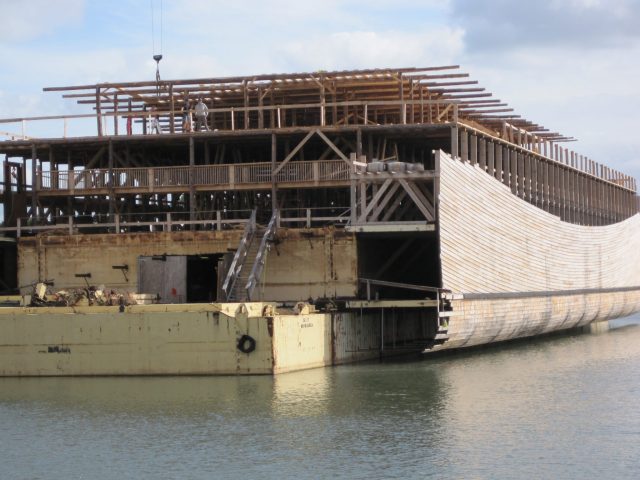 Visitors to the Ipswich Ark are presented with sculptures of Biblical scenes and Noah’s animal friends. Adam and Eve are also represented. The cost of the project — designed to get people talking by Peters — was over 3.5 million dollars.

The British government is being approached in the hope of resolving the matter before the vessel has nowhere else to go. Currently, efforts are underway to try and have the Ark return to the Netherlands as a one-time arrangement.

Whether it’ll be enough to get around long-standing British maritime rules remains to be seen. The East Anglian Daily Times has had sight of an e-mail from the MCA. They write that the Ark “cannot rely on the grace of God” to reach its destination.

Peters wanted the Ark to generate attention, though this may not be what he had in mind. Is the enormous attraction destined to end its journey on English shores? God only knows.