Copies Of The Declaration Of Independence Found In Philadelphia And Edinburgh

Fans of American history are unfurling their enthusiasm at news that two copies of the historic Declaration of Independence have been found.

Longstanding Philadelphia learning hub the American Philosophical Society has revealed the existence of a very rare paper copy, taken from a classic engraving.

Meanwhile, thousands of miles away in Edinburgh, Scotland, another Declaration came to light. That version is set to be auctioned. 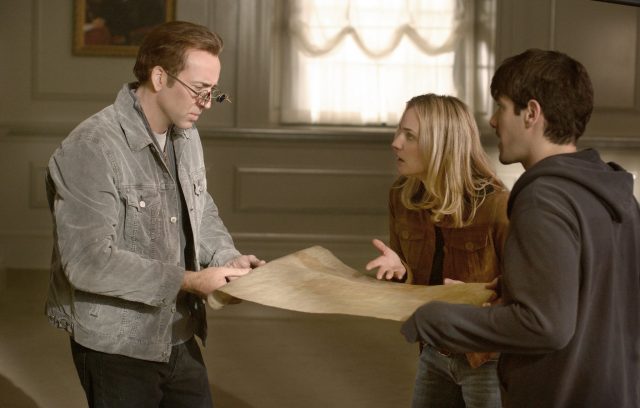 The decisive document, signed in 1776, broke America away from the British and laid the foundations for America as we know it today. It forms a triple layer of patriotic protection with the Constitution and Bill of Rights.

Preserved at the National Archives Museum in Washington, DC, the original Declaration was later turned into a copper engraving by the appropriately named William J. Stone.

This was done at the behest of Secretary of State John Quincy Adams, who wanted the Declaration and its inspiring words to live on in future centuries. Beginning in 1820, Stone spent three years getting every detail exact.

The American Philosophical Society is somewhere you might expect there to be copies of the famous Declaration. However, one particular item had them scratching their heads for years. 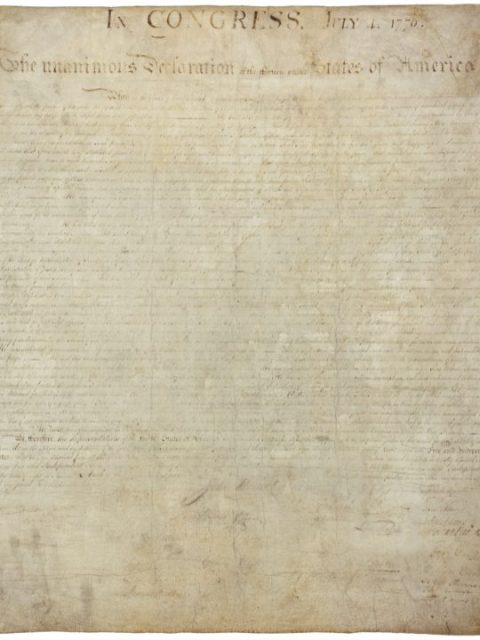 The signed copy of the Declaration of Independence shows signs of wear due to poor preservation techniques in the 19th century. (Photo Credit: National Archives)

Their website notes how at the time Stone created “201 parchment copies for living signers of the Declaration, government dignitaries, select institutions, and one for himself.”

But there were also Declarations committed to paper. Experts didn’t know about these particular releases till the early 21st century. And one of them is now an official part of the Society’s archives. The eighth known paper copy in existence, in fact.

Not that they recognized it as such at first. Referred to as a lithograph, the document — donated by Daniel Webster in 1842 — was thought to be something of a knock-off.

Quoted by the Philadelphia Inquirer, Head of Conservation Anne Downey recalled the views of a visiting expert. He believed it was “just some sort of cheap Victorian facsimile.” This appearance, as noted by the Society, was down to varnish that had colored the item dark yellow. 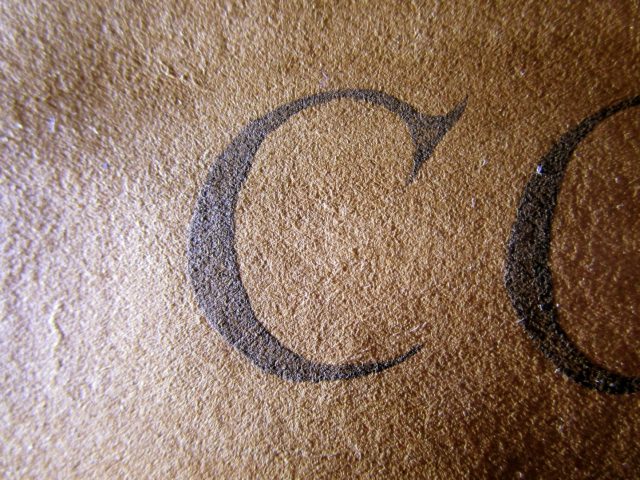 The engraving effect had been obscured by the coating, so the lettering seemed two-dimensional. Only when Downey looked at the Declaration under a special light did she realize there were “little hills of ink that are very distinct.”

Downey is naturally philosophical about the incredible discovery. She states: “when you’re an old institution, there’s bound to be a few things that pop up now and then.”

A second Declaration traveled across the pond, from America to Scotland

This paper Declaration dates back to 1823, as does its Scottish counterpart. Website Dusty Old Thing writes that Freeman’s Auctions are putting it under the hammer on July 1st. The top estimate is an eye-watering $800,000.

Dusty Old Thing reports the copy was “thought to have been passed through the family of signatory Charles Carol III, whose granddaughter, Emily Caton, ended up living in Scotland.”

The Declaration of Independence shaped America forever. Yet a surprising fact is its lack of official status. While the Constitution and Bill of Rights are set in stone, so to speak, the Declaration is “not legally binding” according to the National Archives website.

They go on to add: “but it is powerful.”

Adams was right to look for ways of copying the document and preserving it for people to read. Of course, the original began deteriorating after a matter of years.

The Archives see this wear and tear as a positive thing. For them, the Declaration’s condition is “a sign of the place it has held in the hearts of many Americans.”

Visitors from other states or further afield can own a personal copy of the Declaration of Independence, and where does that copy come from? The copper plate produced by William J Stone back in the 19th century.