NASA is one step closer to going back to the Moon after it put the finishing touches on its massive Space Launch System (SLS) “mega rocket” ahead of schedule.

On June 11, 2021, engineers at Kennedy Space Centre in Florida finished lowering the 65-meter (212-f00t) tall core stage between two smaller booster rockets. It’s NASA’s hope that this mega rocket will be able to take astronauts to the Moon and even Mars in the coming years.

The Space Launch System was first announced by NASA in 2011 and is intended to become NASA’s chief space rocket in the coming years. SLS will launch for the first time in November 2021, but will not have any crew aboard the spaceship during this mission.

This first November mission is known as Artemis I. It will be the first integrated test of NASA’s deep space exploration system. The Artemis I mission will travel 280,000 miles from Earth and thousands of miles beyond the Moon over the course of a three-week span. 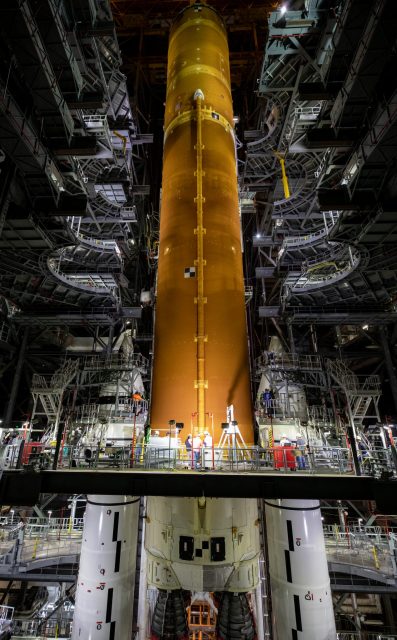 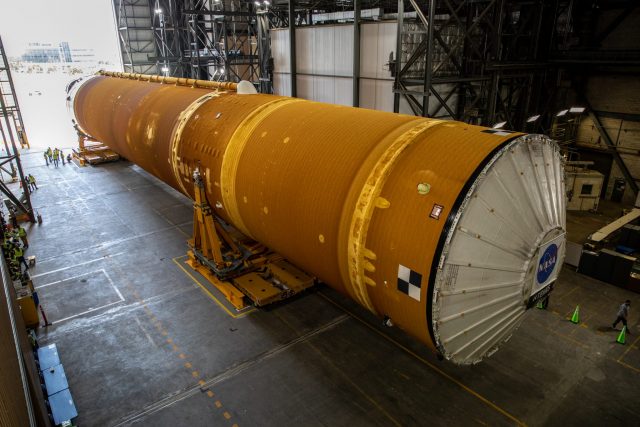 NASA plans to include humans on an SLS mission in 2023 to ensure their safety. According to NASA, the SLS is the only rocket that will be able to send Orion, astronauts, and supplies to the Moon in a single mission. 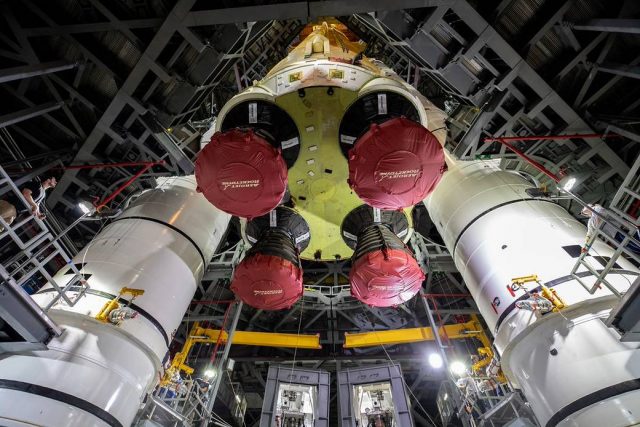 A team of experts in Florida used a specialized crane to lift the 188,000-pound core stage in between the twin solid rocket boosters to complete the launch configuration. The first version of the SLS rocket is known as Block-1.

Now that it is fully assembled, the structure weighs about 8.8 million pounds and stands about 363 feet tall (or about 111 meters). To put this height into perspective, the Statue of Liberty stands at 305 feet tall with its pedestal, thus making the SLS nearly 60 feet taller than the Statue of Liberty. The SLS is able to carry a total of around 60,000 pounds into orbit. 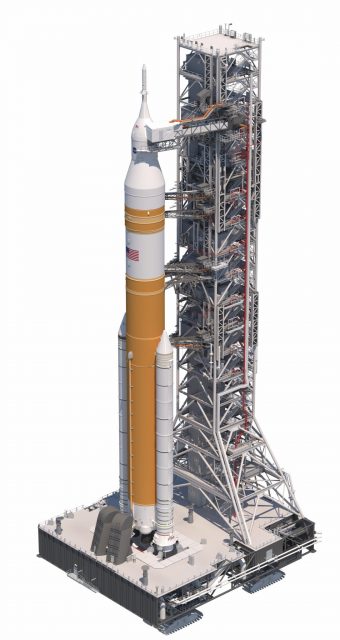 In March of 2021, the core stage engines were fired for eight minutes — the total time it takes for SLS to get from the ground up into space. 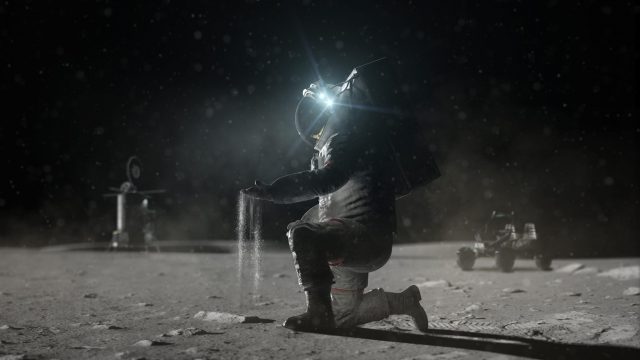 Artist’s rendition of an Artemis Astronaut on the moon. (Photo Credit: NASA)

NASA has huge goals for the SLS rocket because it offers more payload mass, volume capability, and energy to speed missions through space than any other current launch vehicle.

More from us: Lunar Dust Is More Toxic Than We Previously Thought

Other than landing the first woman and the first person of color on the Moon, NASA hopes the SLS will help establish sustainable exploration and preparation for missions to Mars planned for sometime in the 2030s. As NASA’s expected backbone of deep space exploration, future missions with the SLS will also explore planets such as Jupiter and Saturn robotically.