10 Little-Known Facts About ‘Planet Of The Apes’

The 1968 movie Planet of the Apes proved that science fiction could be a majorly successful movie genre. It paved the way not only for future movies of this genre, but also for movie soundtracks and prosthetics used in movies. It was so popular when it first came out that it continues to inspire a new generation of moviemakers, who continue to make spinoffs of this original film. Here are some of the best-kept secrets associated with the 1968 Planet of the Apes. 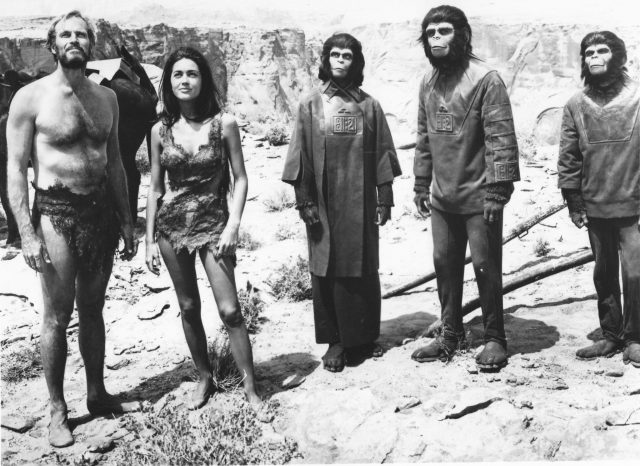 1. Makeup Techniques for the film were developed in the Second World War

John Chambers based his makeup techniques used in Planet of the Apes on techniques he developed during the Second World War to give disfigured veterans a normal appearance.

Chambers would spend hours at the Los Angeles Zoo watching apes and studying their facial expressions. After learning what he needed to know, he developed a sort of school to train makeup artists working on the film. 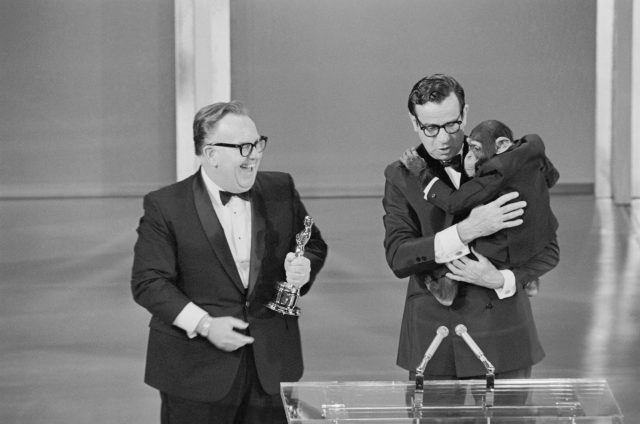 John Chambers received an Honorary Oscar in 1969 for his work with prosthetics in Planet of the Apes. The award was presented to him by a chimpanzee. (Photo Credit: Bettmann/Getty Images)

2. The composer wore a gorilla mask while writing the score

Music composer Jerry Goldsmith allegedly wore a gorilla mask while writing and composing the Planet of the Apes musical score. Goldsmith did this so he could get in better touch with the movie and the characters.

This tactic must have worked because Jerry Goldsmith was nominated for an Oscar for the Best Music, Original Score for a Motion Picture (not a musical) in 1969 for his score for Planet of the Apes.

3. Kim Hunter spent so long in ape makeup she was unrecognizable 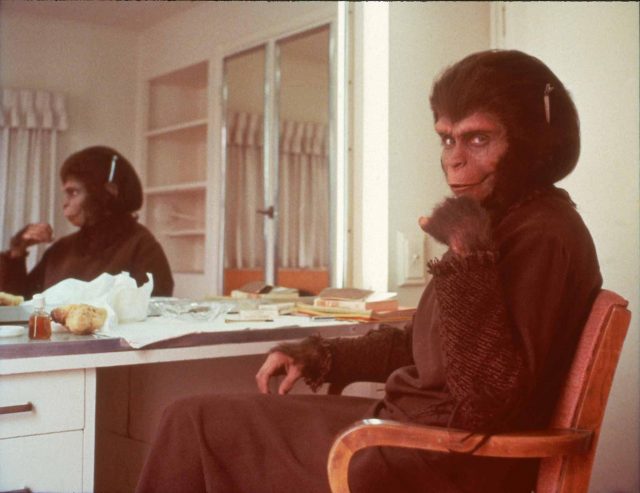 Kim Hunter on the set of Planet of the Apes. (Photo Credit: 20th Century Fox/MovieStills DB)

Actress Kim Hunter, who played Zira, spent so long in makeup that costar Charlton Heston didn’t recognize her when he first saw her out of makeup.

At one of the first test screenings, Kim Hunter walked up to Heston and asked how he was doing. He didn’t recognize her at all because this was the first time he saw her as a human, not as her ape character.

4. Roddy McDowall was the ultimate prankster

Apparently, Roddy McDowall, who played Dr. Cornelius, was known to drive home after a day of filming in full ape makeup, often shocking other drivers on the freeway.

5. Most movie studios and the book’s author thought the movie would flop

Planet of the Apes was loosely based on Pierre Boulle’s 1963 book Monkey Planet (La Planète des Singes), which he considered to be one of his lesser literary works. When the rights to the book were bought, he never imagined it would ever make it into the theaters.

When producer Arthur P. Jacobs attempted to sell his idea for a futuristic Ape movie to MGM, Paramount, and other major Hollywood studios, none of them thought it would work. Eventually, the idea was sold to Twentieth Century Fox, who lucked out with the movie’s success.

The production budget of Planet of the Apes was around $5.8 million, and it grossed $32 million at the box office — more than four times its production budget, making it one of the most successful movies of 1968. 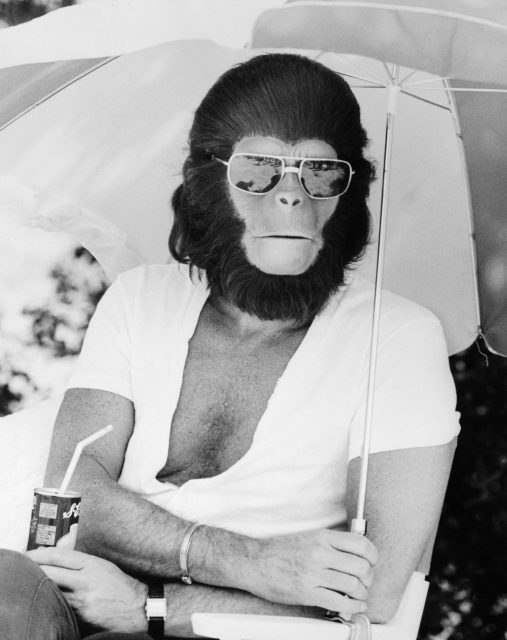 6. Planet of the Apes is one of the only G-rated movies to feature nudity

At the time of its production, Planet of the Apes was one of the only G-rated movies to feature nudity. The only other G-rated movie featuring nudity at the end of the 1960s was the 1966 movie The Bible: In the Beginning… 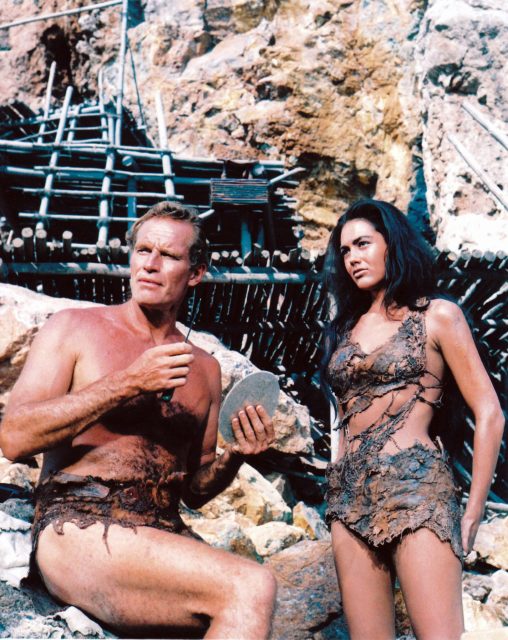 7. Actors couldn’t take their masks off

All ape actors and extras had to wear their masks at all times during their workday, including during breaks and between shots, because it took so much time to make the masks up.

When the production first started, it took nearly six hours to put an actor into full ape makeup, including the hair, brows, ears, mouth, and hands. Because actors could not take off their makeup, they were required to drink through straws and had their meals liquified. 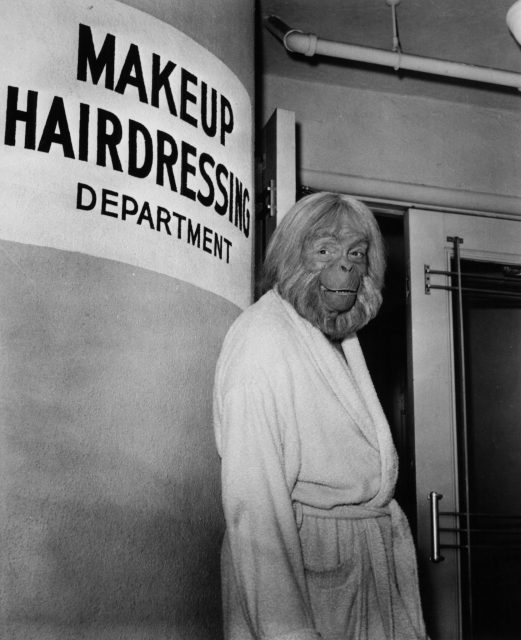 This was not some sort of extreme method acting; rather it was just something that seemed to happen. Perhaps it was because actors were unable to take their costumes off. Commenting on it after the fact, Charlton Heston simply said that he “has no explanation for it whatsoever.” 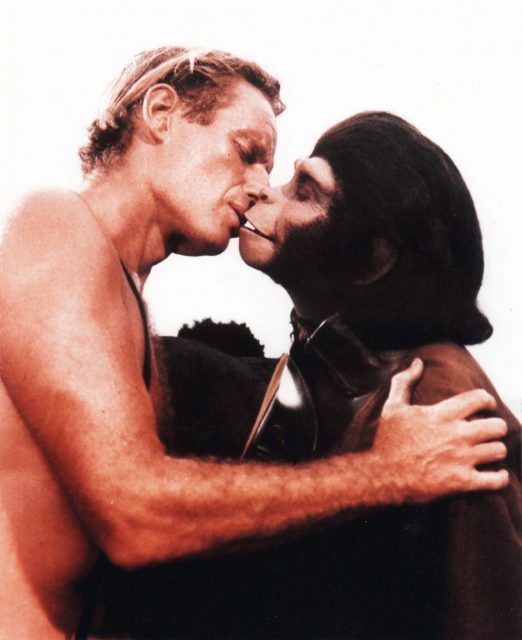 9. The twist ending came from inspiration found in a deli

The ending of the 1968 Planet of the Apes movie had one of the biggest twists in cinematic history. Movie watchers were left mind-blown when they found out at the end of the movie that the barren wasteland Taylor had been stranded on for the entire movie had actually been Earth.

The inspiration for the ending actually came from a photo of the Statue of Liberty in a deli that Producer Arthur Jacobs and Blake Edwards (who was responsible for the Pink Panther films) were eating at. This photo sparked the idea for the big twist at the end of the movie. 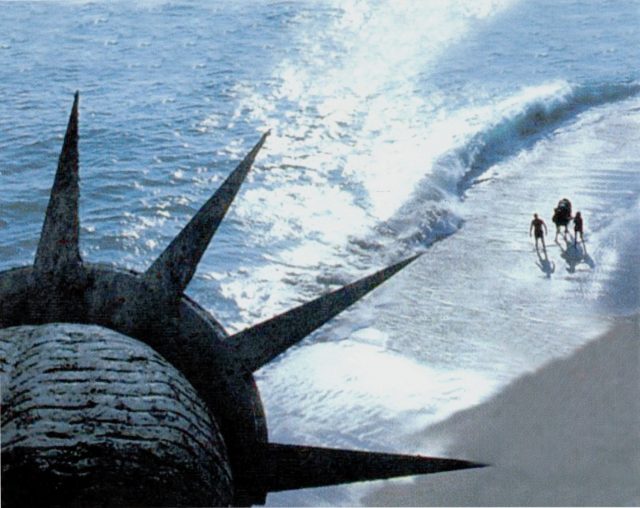 End scene from Planet of the Apes when it becomes evident that the barren wasteland is actually Earth. (Photo Credit: 20th Century Fox/MovieStills DB)

10. Turning down the part of Zira is Ingrid Bergman’s biggest regret

Hollywood actors including Marlon Brando and John Wayne were considered for the role of Taylor, while Hollywood golden girl Ingrid Bergman was considered for the role of Zira. Before her death, Ingrid Bergman, a three-time Oscar winner and best known for her role in Casablanca (1942) showed major remorse over turning down a role in Planet of the Apes.

She told her daughter, Isabella Rossellini, that turning down the role in Planets of the Apes was one of the biggest regrets of her career. When she saw the ape makeup done in the film, she realized she had missed the opportunity to rely entirely on her acting rather than her looks.