In Photos: See What Happened To Old Olympic Venues

The Olympics are a symbol of global unity and sport. Each time the International Olympic Committee announces it’s looking for a new country to host the Games, nations across the world jump at the chance. The subsequent infrastructure upgrades result in extravagant sporting venues. Unfortunately, many of them (though not all!) fall into disuse upon the Games’ conclusion. Take a look at some memorable Olympics venues from years past and see what they look like today.

The most controversial Olympic Games were hosted in Berlin during the Third Reich. The games had been inherited from the former Weimar Republic, and propaganda minister Joseph Goebbels felt they were the perfect way to reshape the world’s opinion of the National Socialist German Workers’ Party. 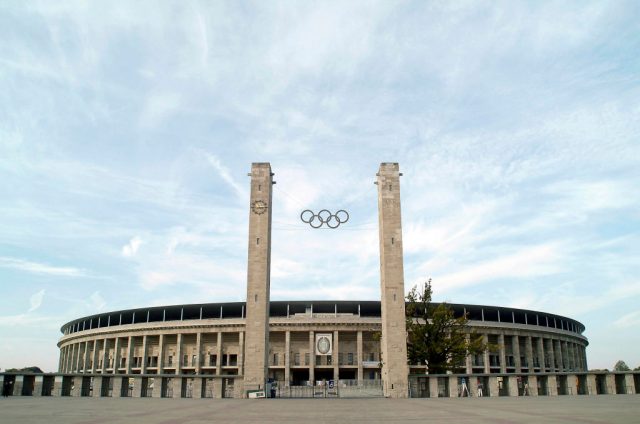 The 1936 Games saw the introduction of the Olympic Torch relay, and they were the first to be televised. Jesse Owens was the top athlete to perform, winning four medals in the long jump and sprinting events, making him the most decorated athlete.

Calls were made to boycott the Games due to the racial and religious strife occurring in Germany. The Germans tried to quell the controversy by inviting politicians, businessmen, and Olympic organizers for “sanitized” visits, and any semblance of racial strife was taken down in Berlin for the duration of the Games. 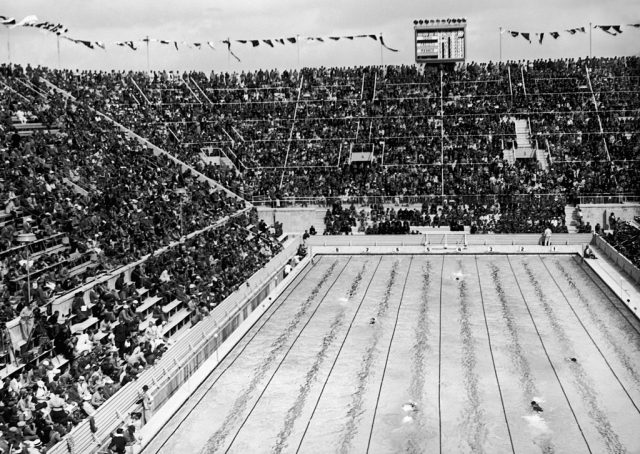 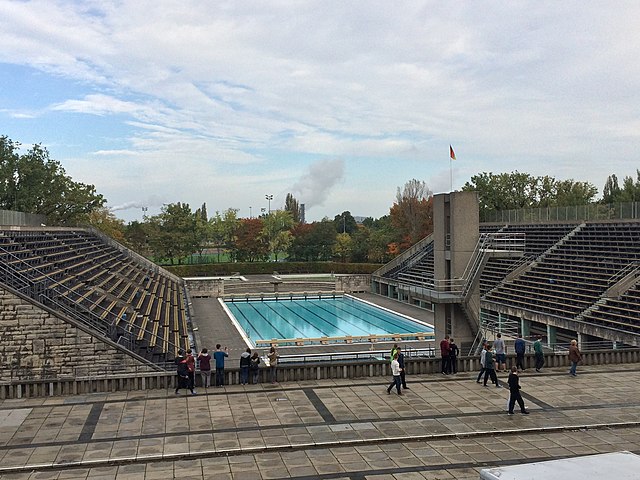 Despite global outrage, the Games moved forward. To outdo the 1932 Olympics in Los Angeles, Germany constructed a 100,000-seat track and field stadium as well as six gymnasiums and other smaller arenas. The Olympic Village, located in Elstal, featured one- and two-floor dormitories, a swimming pool, training facilities, and a large dining hall. 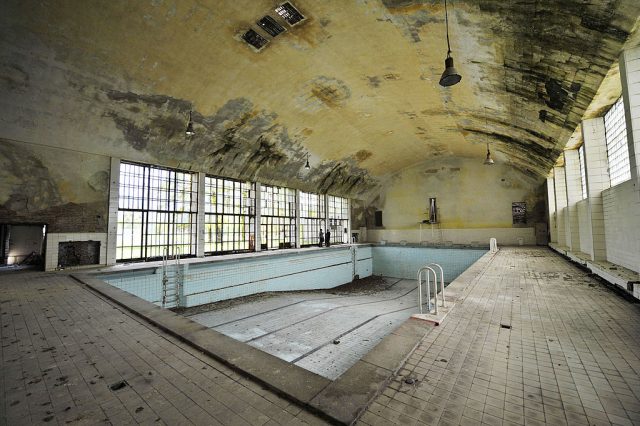 The buildings were largely repurposed during the Second World War and were later occupied by the Soviet Union. At present, they have largely been abandoned and are in varying states of disrepair.

The 1984 Winter Olympics in Sarajevo were the first to be held in a socialist state. The Soviet Union won the most medals but was relegated to second place, as East Germany (GDR) won more gold. 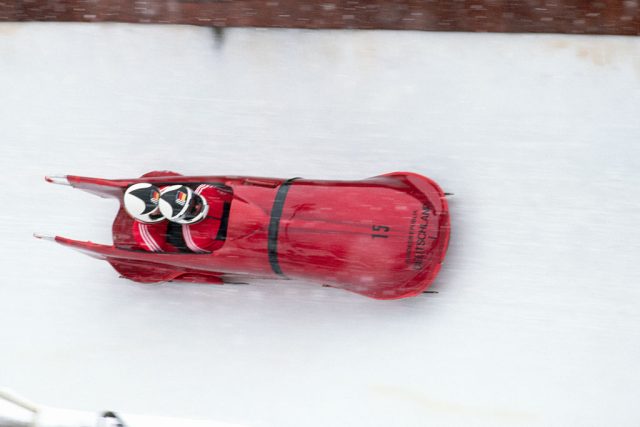 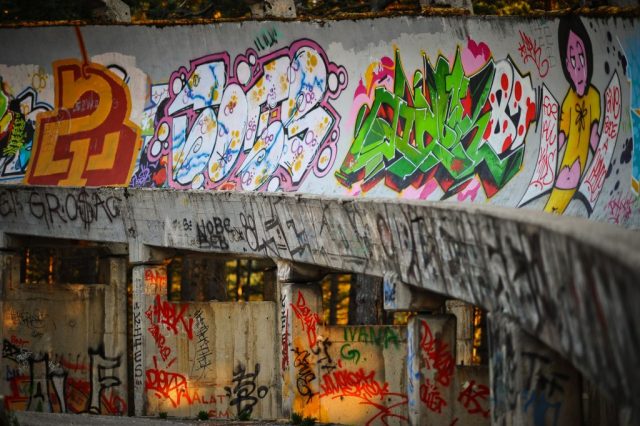 The Olympics were seen as a way to revitalize the city and make it more appealing to tourists, so organizers set to work building state-of-the-art sports facilities, including a new ski facility and bobsleigh track. After the Games came to an end, the bobsleigh and luge track saw frequent use, until the outbreak of the Bosnian War in 1992. 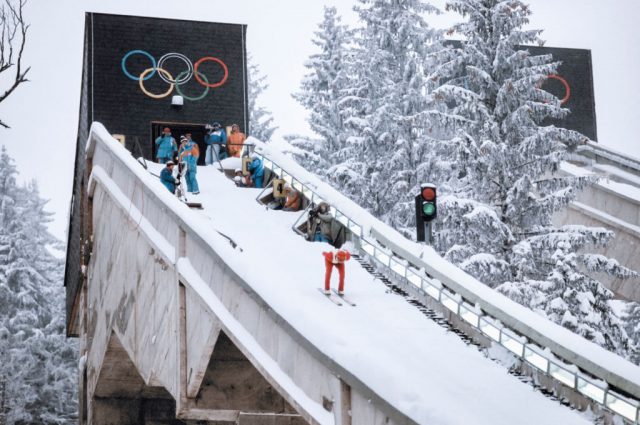 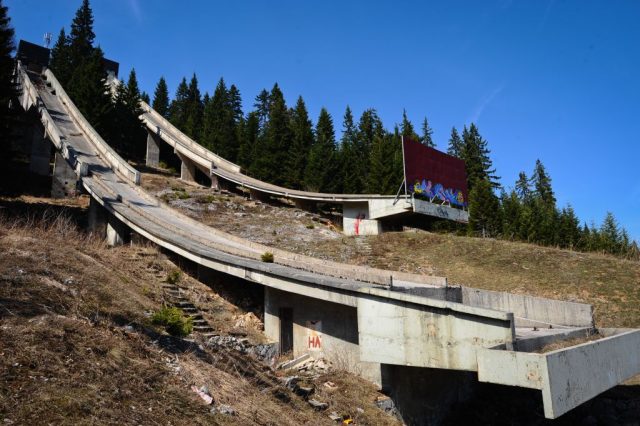 The former Olympic venues were greatly damaged during the conflict. Billboards depicting the Games’ mascot were riddled with bullet holes, while part of the men’s skiing facility at Mt. Bjelasnica was turned into a Serbian military installation. The once-thriving bobsleigh run was also transformed into a Serbian guerrilla artillery position. 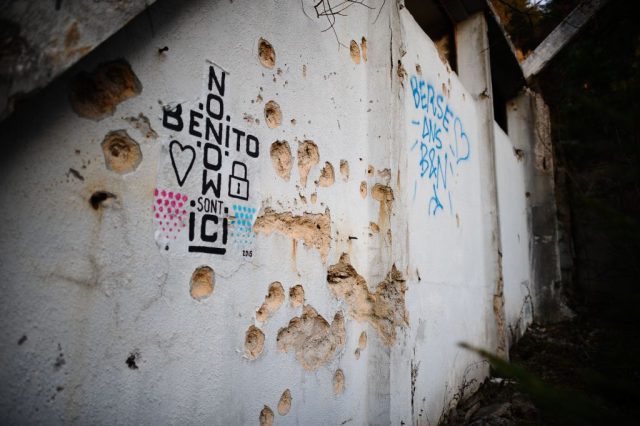 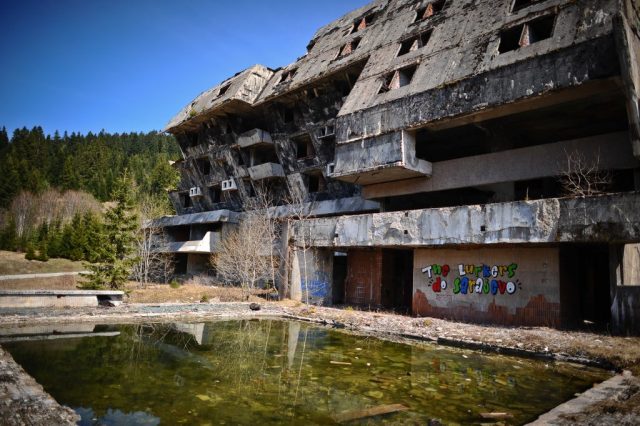 Efforts have since been made to revitalize the facilities. The International Olympic Committee rebuilt Koševo City Stadium after the Bosnian War, and in 2014, volunteers, the National Bobsleigh Federation and the International Luge Federation began restoring other venues.

Considered one of the most extravagant Games in Olympic history, the 1996 Summer Olympics in Atlanta saw the U.S. come out on top with 101 medals, 44 of which were gold. The Games were dominated by women athletes, especially the U.S. women’s basketball team, and saw the addition of softball and a women’s soccer tournament. 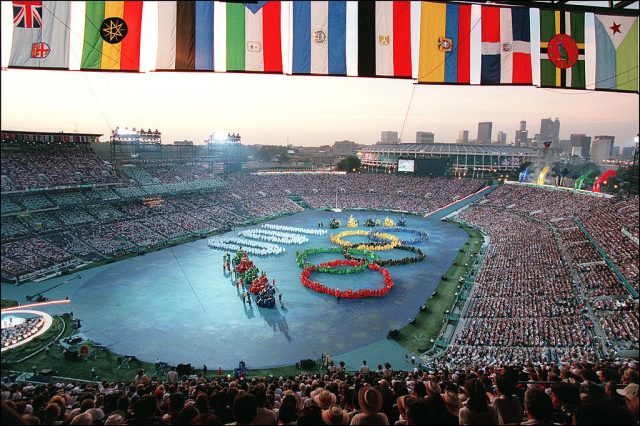 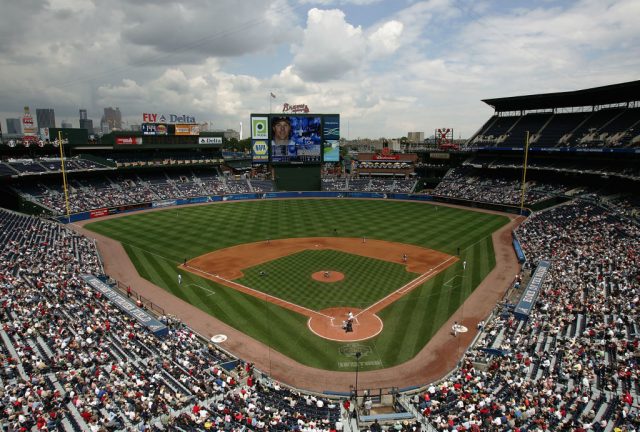 The Games began on the 100th anniversary of the first modern Olympics, signified by boxer Muhammad Ali lighting the cauldron above Centennial Olympic Stadium. However, the Games were marred by a pipe bomb explosion at the Centennial Olympic Park, which killed one civilian and injured over 100. 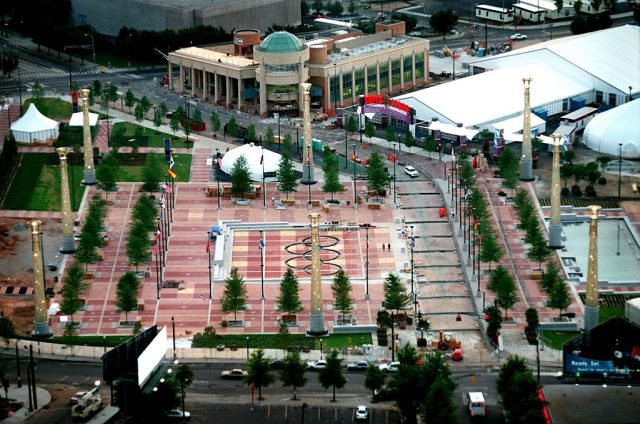 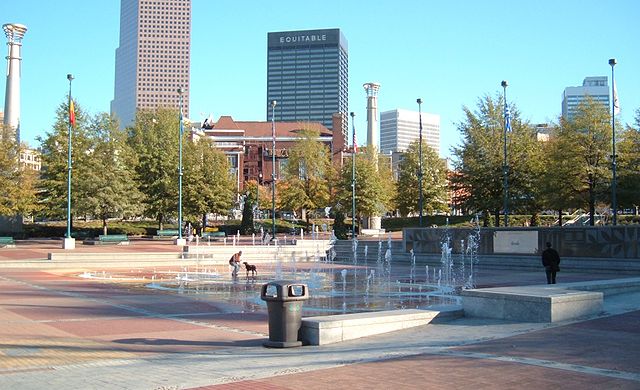 The Olympic Games were held at 29 sporting venues, several of which had been built before the 1960s as college venues. Many have seen use since the completion of the Games.

The mid-rise dormitories in the Olympic Village became the first residential housing units for Georgia State University and are now being used by the Georgia Institute for Technology. The Centennial Olympic Stadium was also home to the Atlanta Braves baseball team from 1997 to 2016.

The Olympics returned home for the 2004 Summer Games in Athens, Greece. It was the first time since 1996 that all countries in the National Olympic Committee were in attendance, and it was billed as an opportunity to transform Greece’s international image. 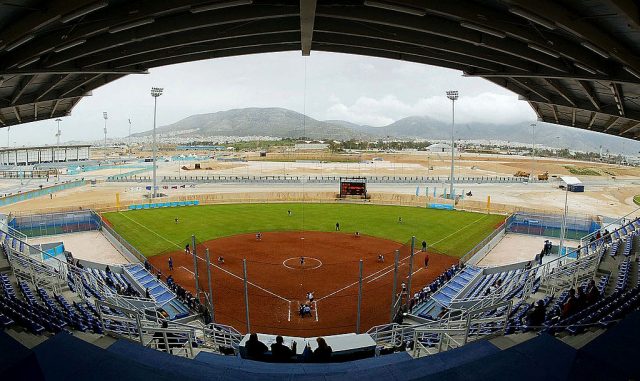 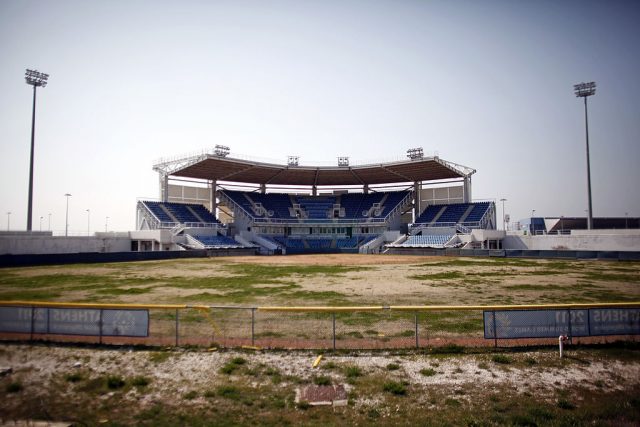 To prepare, new infrastructure was developed, including an airport, a subway system, and a ring road. There were concerns the Games would have to be moved, as construction was relatively slow. Some buildings weren’t completed until a few months before the Games were scheduled to start. 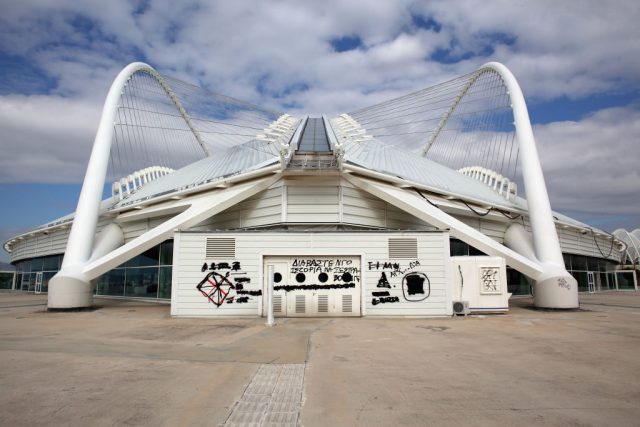 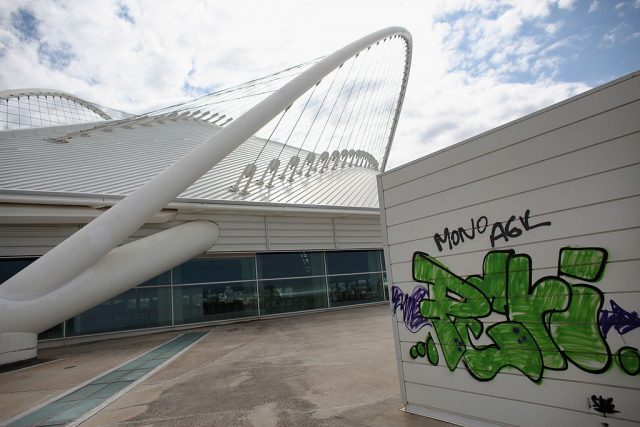 More than a dozen of the venues now sit vacant, including the softball diamond and the canoe and kayaking course. Those still in use are typically commissioned for non-sporting events, such as weddings and conferences.

There are some who claim the Games are responsible for the 2010-18 Greek government-debt crisis, but many feel there isn’t enough evidence to prove this.

The 2008 Summer Olympics in Beijing were the first time China hosted the Games. It was seen as a chance to revitalize the country’s image, and its government spent a lot of money on new facilities and transportation systems. The most iconic are Beijing’s National Stadium, nicknamed “The Bird Nest” for its unique design, and the Olympic Green. 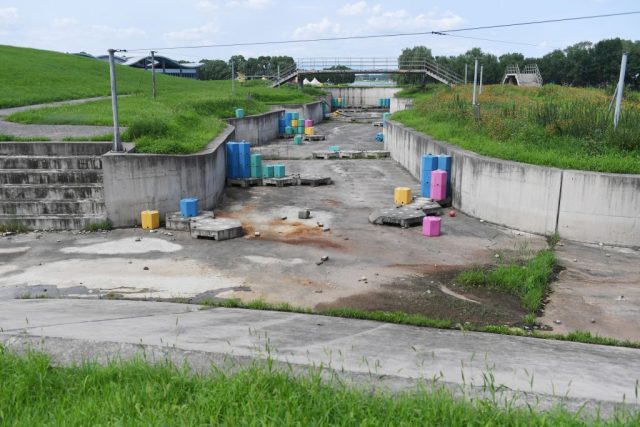 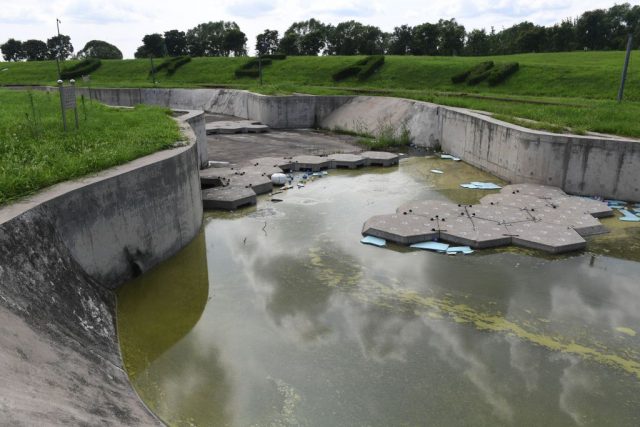 In the lead-up to the Games, calls were made for a boycott over China’s history of human rights violations and the possible health effects that could result from Beijing’s poor air quality. Government officials worked to downplay these concerns, even going so far as to instruct local media to lessen its coverage on political issues. 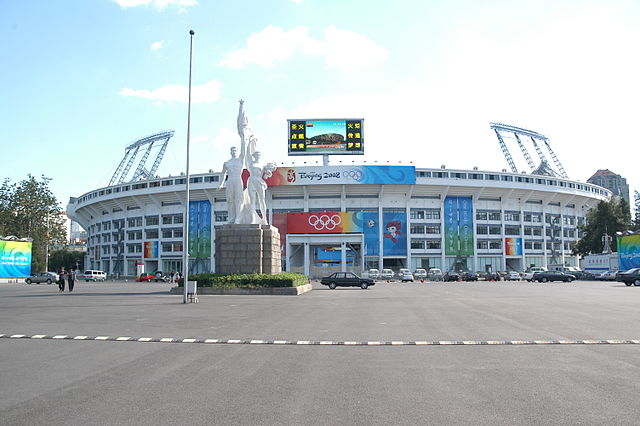 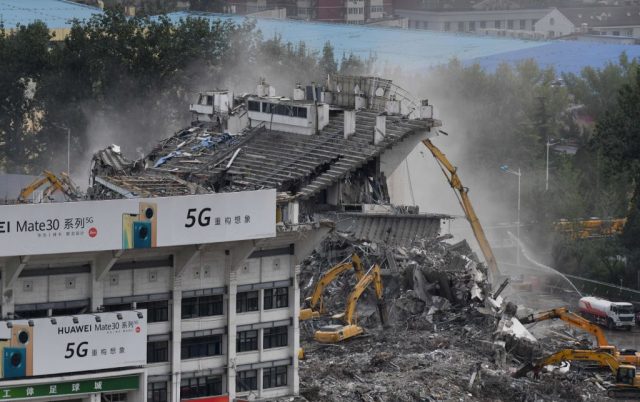 More from us: Women Olympics Began with Female Athletes Organizing it Themselves

« The Eerie Connection Between Malibu Barbie And Sharon Tate
Night Court: Judge These Facts About The Sitcom For Yourself »