Disasters From The Past That Could Have Been Avoided

Following a disaster, there’s a period where engineers and other researchers reexamine those disasters to determine what steps could have been taken to avoid the loss of life and general destruction. In some cases, researchers realize the disaster could have been easily avoided if more attention was paid to detail or additional safety measures were put into place. These are some of the most easily avoidable disasters recorded in human history. 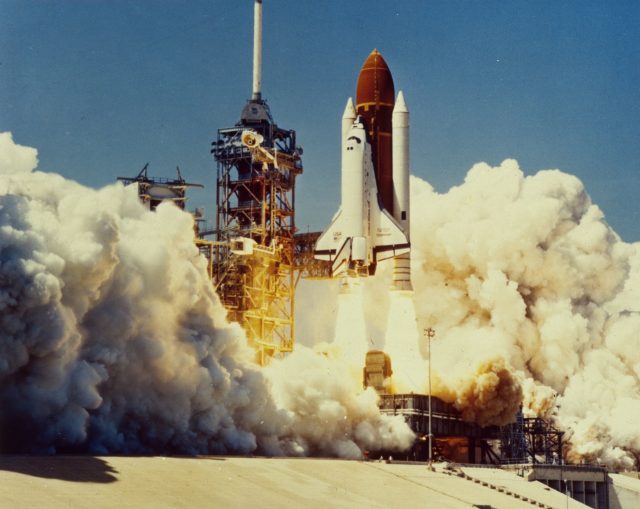 On live television, a shocked nation watched in horror as the Challenger space shuttle exploded 76 seconds after takeoff. On January 28, 1986, seven astronauts lost their lives because of a flaw in the shuttles O-rings. The o-rings failed at higher temperatures, causing the loss of life.

Sadly, the disaster could have been easily avoided if NASA Engineer Bob Ebeling had his way. Ebeling approached NASA executives and warned them about the O-ring issue. Fixing the problem would have delayed the launch, so his request was ignored.

The Dust Bowl Didn’t Need To Become A Massive Disaster 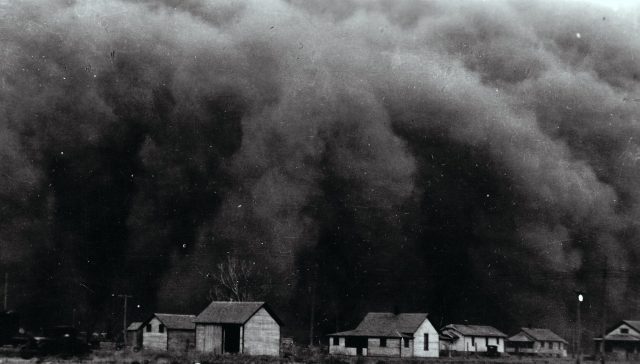 Photograph of dust clouds covering the Prairies during the Great Depressions of America. Dated 1935. (Photo by: Photo12/Universal Images Group via Getty Images)

At first glance, it might appear nothing could have stopped the Dust Bowl. After all, we don’t have control over mother nature. However, there were various events that exacerbated the issue.

Crop prices in the 1920s were very low and the cost of machinery was high. To make up for less than stellar selling conditions, many farms in the Midwest started farming on submarginal lands. Those lands were already prone to crop loss, which would become an even bigger issue due to other moves. To cut corners, farmers abandoned soil conservation practices which eventually caused an increasing amount of dry land, which led to additional dust in the 1930s and 1940s.

FDCE Conservation & Bioenergy explains the events that occurred, noting that farmers were forced to “remove natural buffers between land and plant additional crops. The farmland was overtaxed, excessively plowed, and unprotected. The soil was weak and drained of its nutrients.” 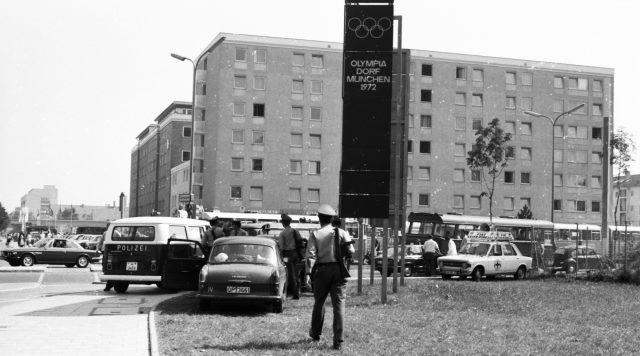 The 1972 Olympic Games in Munich were overshadowed by an attack by terrorists of the ” Black September” on the Israeli team on 5 September 1972. | usage worldwide (Photo by Klaus Rose/picture alliance via Getty Images)

On September 5, 1972, a group of Palestinians infiltrated the Olympic Village. The terrorists killed two Israeli athletes and took nine members hostage. A shootout at the Munich airport resulted in the death of the nine Israeli hostages and five terrorists.

While it’s often hard to determine when terrorists will strike, the Munich Olympic Massacre was predicted, almost down to the hour. Psychologist Georg Sieber was hired to run through the possibilities of various disasters during the games. Sieber’s 21st disaster scenario warned of armed Palestinians infiltrating the Olympic Village and taking Israeli athletes hostage. The attack took place at 4:10 a.m, just 50 minutes off of what Sieber had imagined in his scenario.

The Fukushima Meltdown Happened Because Of Complacency 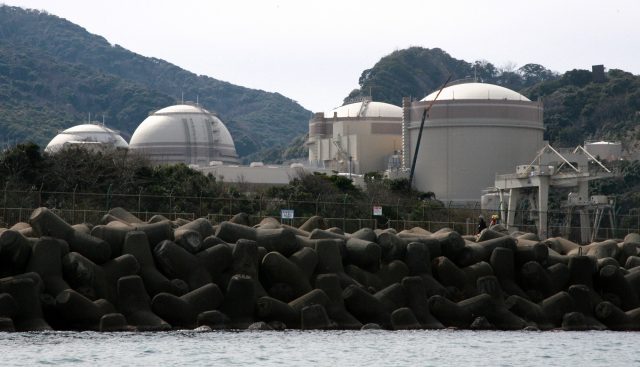 The Fukushima nuclear reactor meltdown was a folly of errors that resulted from poor design, the reactor’s proximity to the ocean, and human error.

First, the nuclear reactor, located in an area where the threat of a tsunami was probably, was not built to withstand 40-foot waves. The engineering of the building, however, was not solely to blame. The reactor’s diesel generators were not protected from the elements and were quickly knocked out during the storm. Employees were so desperate to keep the plant’s power on that they reportedly scoured the parking lot for car batteries.

Finally, investigations into the accident found that human errors may have exacerbated the issue. According to NPR, many of the plant’s workers were contractors and left during the tsunami to find their families, leaving the reactor short-staffed at the most inopportune time. In a warning to the international community, the Nuclear Energy Institute also warned that when things are going well, employees often become bored and receive very little updated training, which could have lessened the impact of this and other disasters.

The Deepwater Horizon Oil Spill Was The Result Of Budget Cuts 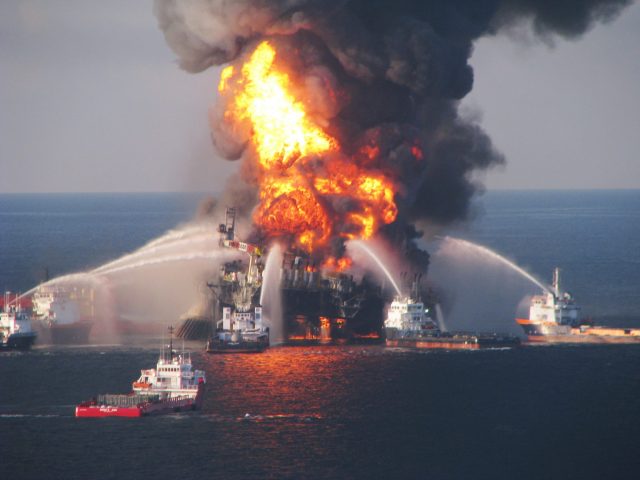 GULF OF MEXICO – APRIL 21: Fire boats battle a fire at the off shore oil rig Deepwater Horizon April 21, 2010, in the Gulf of Mexico off the coast of Louisiana. Multiple Coast Guard helicopters, planes, and cutters responded to rescue the Deepwater Horizons 126 person crew after an explosion and fire caused the crew to evacuate. (Photo by U.S. Coast Guard via Getty Images)

The British Petroleum (BP) Deepwater Horizon oil spill is one of the biggest man-made ecologic disasters in history. At least five billion barrels of crude oil spilled into the Gulf of Mexico, killed sea life, and taking the lives of 11 people.

Investigations into the oil spill found that BP executives made nine different decisions that led to the failure of the oil platform. The New York Times said it was a “cascade of human and mechanical errors that allowed natural gas under tremendous pressure to shoot onto the drilling platform.”

A commission formed by President Barack Obama wrote in its findings that “last-minute changes to plans, failure to observe and respond to critical indicators, inadequate well control response and insufficient emergency bridge response training by companies and individuals responsible for drilling at the Macondo well and for the operation of the Deepwater Horizon.”

Hurricane Katrina Was A Disaster In Waiting 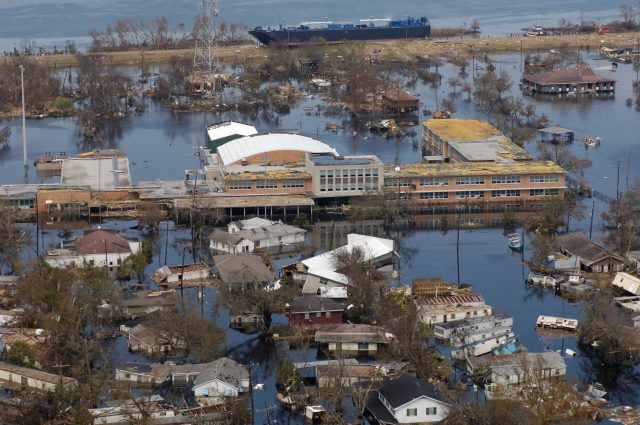 At this point, it’s no secret that Hurricane Katrina could have been avoided if levee systems were better designed and maintained.

The U.S. Army Corps of Engineers studied the breakdown in the levee system and issued a 6,000-page report with its findings. According to CBS News, the Corps of Engineers admitted that the “levees failed because they were built in a disjointed fashion using outdated data.”

After flooding in 1965, new levees were built in a patchwork fashion that left gaps in the system that could later be exploited by big storms. The report also found that inconsistent materials were used. The original build also failed to take into account poor soil quality underneath New Orleans. Engineers also didn’t take into account that some areas of land would sink by up to two feet.

Chernobyl Was A Man-Made Disaster That Was Easily Avoidable 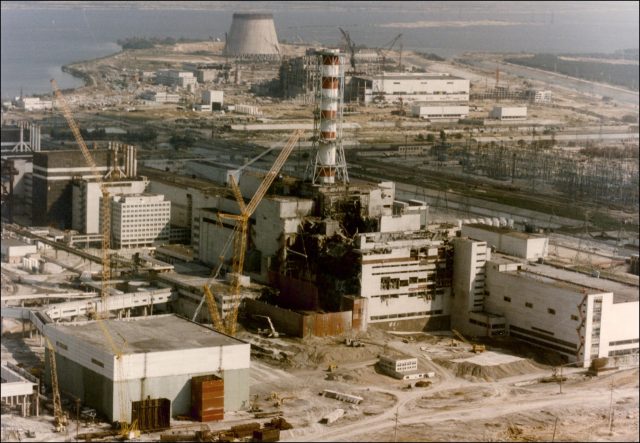 CHERNOBYL, UKRAINE- APRIL 29: View of the Chernobyl Nuclear power plant three days after the explosion on April 29, 1986, in Chernobyl: Ukraine. (Photo by SHONE/GAMMA/Gamma-Rapho via Getty Images)

When the Number Four RBMK reactor experienced a meltdown at Chernobyl on April 26, 1986, a lot of questions remained unanswered for years. As investigations eventually became more prevalent, it was immediately clear that various design flaws and a lack of employee training were to blame for the disaster.

The International Atomic Energy Agency has exposed a laundry list of issues that led to the disaster. Safety measures were ignored that caused the reactor to overheat, eventually causes uranium fuel to melt through protective barriers. The reactor was also missing a containment structure, which is typically comprised of concrete and a steel dome located over the reactor. This protective measure would have helped contain the plant’s radiation.

More From Us: Natural Disasters – The Ring of Fire and the next “Big One”

Further, the graphite blocks used as a moderating material caught on fire at high temperatures when air entered the reactor, a design choice that allowed radioactive materials to spill into the surrounding environment.

« 6 Bed, Bath, And Beyond Facts About Hygiene In The Middle Ages
In Photos: How Kitchens Changed Throughout The 20th Century »