Rust In The Dust: The Legend Of ‘Mad Max’

Mad Max hit cinema screens like a bug on a windshield! More than four decades later, it’s still an iconic and influential thrill ride. Rev up and read on, as we reveal the story behind that rogue named Rockatansky… 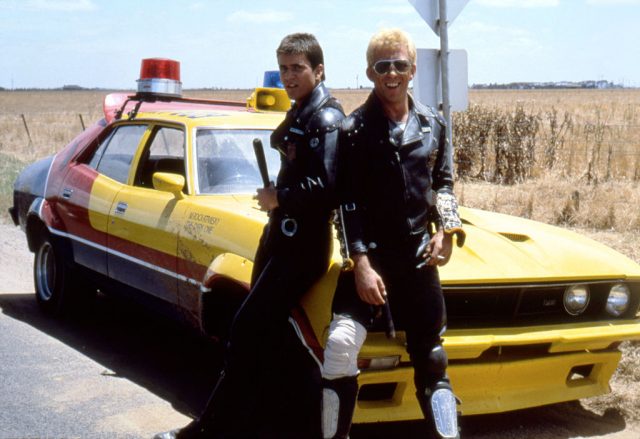 One colorful episode from behind the scenes was a beat-up Mel Gibson arriving to audition. Actor pal Steve Bisley (aka Goose) needed a lift and Gibson obliged.

Why was Gibson bruised and battered? Because he’d gotten into a fight at a bar.

According to the BBC, “producers were casting for ‘freaks’ to fill out the roles in the film, and took photos of Gibson’s bruised face”. Director George Miller liked what he saw, and the rest is history.

This take on the situation is reportedly Gibson’s alone. Plus, Yahoo mentions something that takes the edge off his tough-guy anecdote. Shooting started a month late “because Gibson’s professors at Australia’s National Institute of Dramatic Art wouldn’t let him out of classes early.”

Gory detail was Dr. George Miller’s specialty. He used to work in an emergency room, where Aussie automobile accidents loomed large in his life.

Take that, Avengers! The movie’s box office was Max-imized 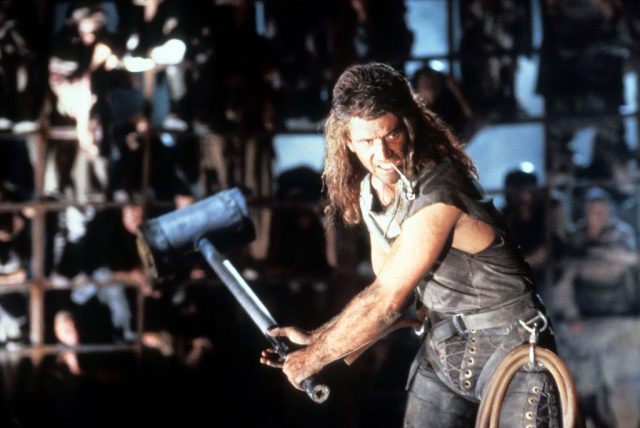 Mel Gibson swinging a mallet in a scene from the film ‘Mad Max Beyond Thunderdome’, 1985. (Photo Credit: Warner Brothers/Getty Images)

Until 1999, Max ruled the roost as a box office champ. The BBC notes that the original flick cost approx $400,000. It went on to make over $100 million, becoming history’s most profitable picture for a hair-raising 20 years.

The future was… cheap 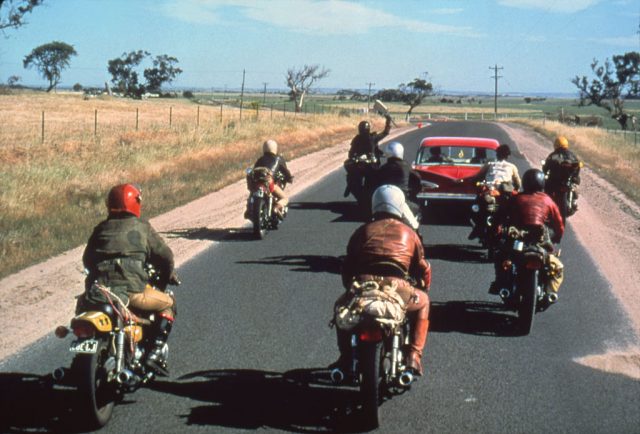 Usually, a dystopian sci-fi movie clocks in on the pricey side. Not Mad Max. The broken-down society look came because Miller didn’t have the moolah to shoot in populated areas.

Budget aside, impending eco crises fuelled Miller’s imagination. Speaking to The Guardian in 2015, he mentioned the chaotic effect of Melbourne’s oil strike on The Road Warrior (Mad Max 2): “It’s a very sedate and ultimately easy city but it only took 10 days before the first pot shot was fired.”

Mad Max has the world’s most niche cameo 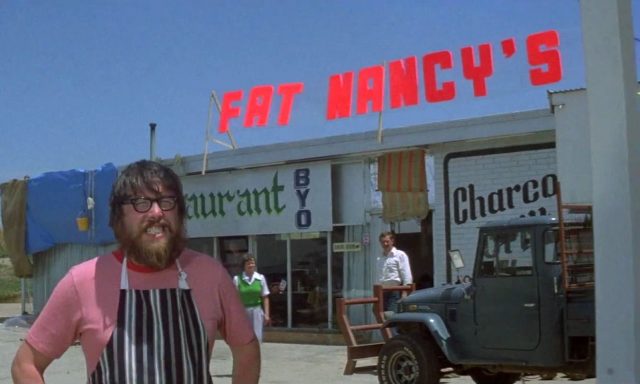 Some movies feature cameos from big stars, or pop culture figures. For Mad Max, George Miller chose… an economist. Yahoo mentions James McCausland, whose body of work was shaped by factors such as the 1973 oil crisis in Oz.

Would colleagues have clocked him as the cook at Fat Nancy’s Cafe? 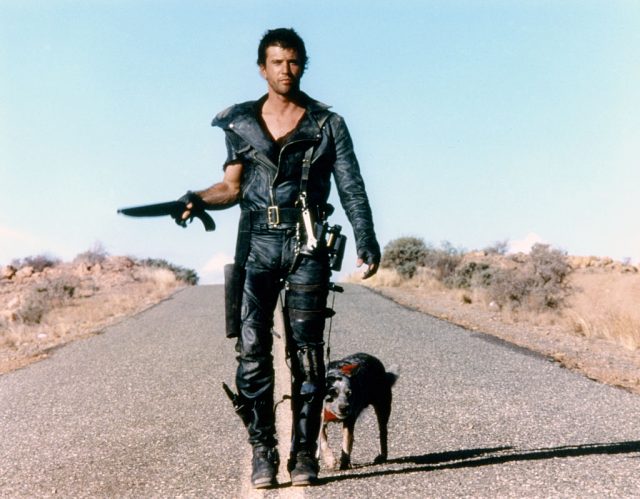 American actor Mel Gibson on the set of Mad Max 2: The Road Warrior written and directed by George Miller. (Photo by Sunset Boulevard/Corbis via Getty Images)

He may have lost his family in the first film. But Max was given a canine companion for the second installment.

In a touching move, the team recruited a Queensland Heeler, who was hours away from being put down at the pound. They may have regretted their decision ever so slightly. Vrooming engines made a nervous “Dog” do his business everywhere.

Delving into the doggy dilemma, Gizmodo writes the problem was solved by “plugging Dog’s ears with cotton during the louder scenes.” 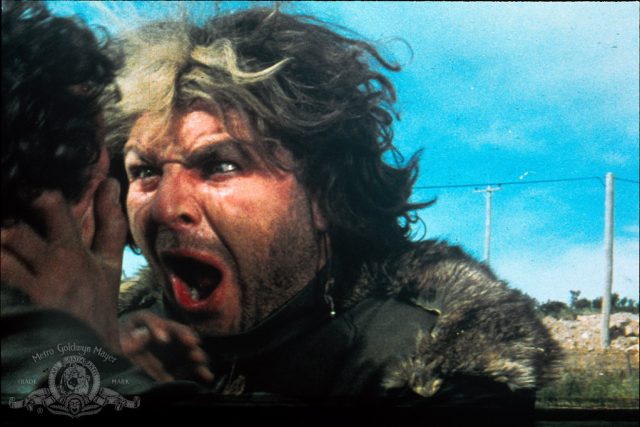 Hugh Keays-Byrne, who sadly died last year, played the Toecutter in 1979. But he also returned as the terrifying Immortan Joe in Mad Max: Fury Road (2015). That time, Tom Hardy leathered up to play Max.

What to do when you can’t afford to transport your actors to a location? Have ‘em travel cross country in character. Talk about a method to the madness.

Motorists may have gotten a shock to see the Toecutter and his crew putting the pedal to the metal, after funds to fly the actors there proved unavailable.

The Road Warrior is Gibson’s favorite 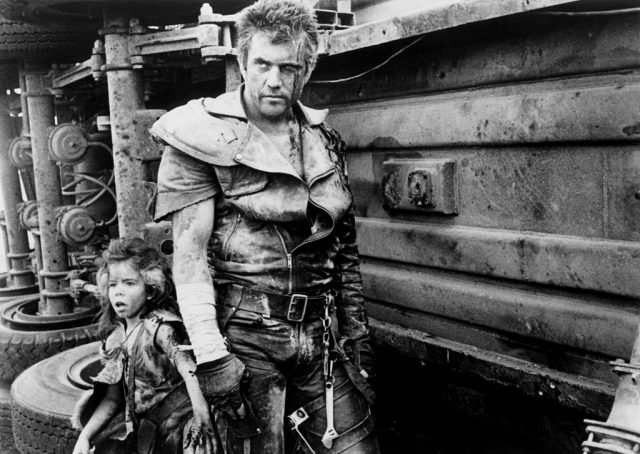 The Mad Max trilogy launched Mel Gibson’s career. Which of the movies was his favorite? You might think the original.

Actually, he likes the second one. “It’s about energy” Gibson revealed to Playboy, as recalled by Yahoo, adding: “it didn’t spare anyone: people flying under wheels, a girl gets it, a dog gets it, everybody gets it.”

Artist Brendan McCarthy. The 2000 AD contributor drew Judge Dredd and was the perfect choice to work on vivid storyboards for Mad Max. Dredd’s scorched hellhole, the “Cursed Earth”, influenced Miller in the first place. These boards reportedly took the place of a script. 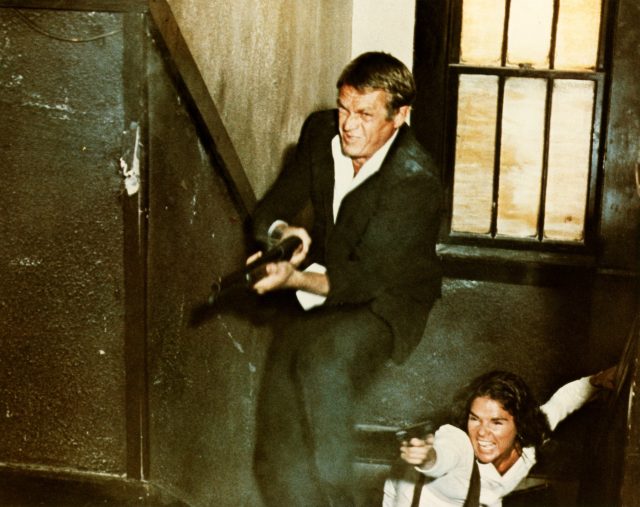 Lenses. Miller needed wide-angle lenses. He wound up with cast-offs from The Getaway (1972), directed by Sam Peckinpah and starring Steve McQueen.

How they landed Down Under is anyone’s guess. The lenses were in less than ideal condition. But Miller certainly got the best out of them.

Gibson and co were dubbed

For years, the stars of Mad Max sounded a little different. Dubbing the action with American actors was thought to be more marketable. It took till 2000 for US audiences to experience the movie as intended. 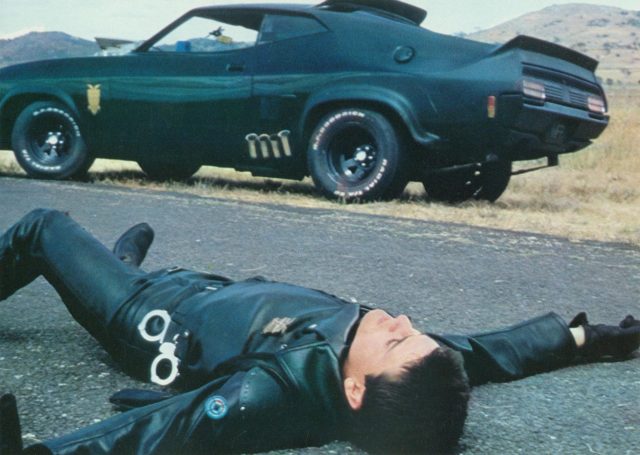 Fourteen cars were totaled in the first film alone. Yet Max’s classic Interceptor — in reality a converted Ford XB Falcon GT351 from 1973 — is still going. Even better, it went on the market last year.

After The Road Warrior, it spent time in an Adelaide wrecking yard before being restored by superfan Bob Fursenko.

The current owner is real estate developer and gearhead Michael Dezer. The Auto Museum in Miami hosted the classic punk flattener, though at the time of writing a sale doesn’t appear to have been completed.

Another movie is on the way, starring Anya Taylor-Joy 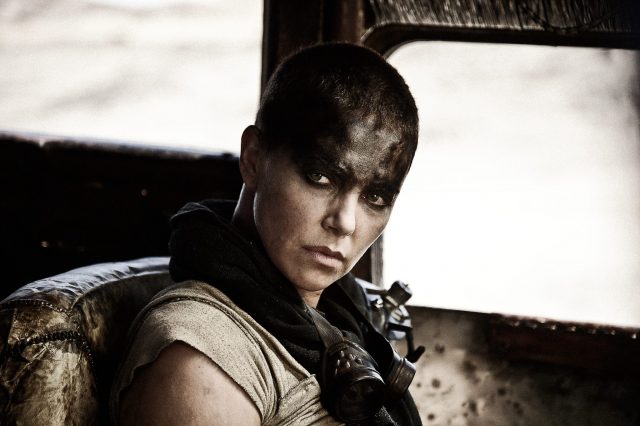 Mad Max isn’t done tearing up the freeway yet. Miller reportedly wants to make more films. Next down the road is Furiosa, a prequel focusing on Charlize Theron’s Fury Road character.

More from us: A Look Inside the Grueling Madness of Making Apocalypse Now

The Queen’s Gambit/Peaky Blinders star Anya Taylor-Joy will play a younger Furiosa, with Chris Hemsworth cast in an unspecified role.

« Make It A True Daily Double With These 10 Jeopardy! Facts
Bill Murray As Batman? Eddie Murphy As Robin? David Bowie As The Joker? They All Might Have Happened! »