Christo’s final project of covering the Arc de Triomphe in fabric becomes reality next month, over a year after his death.

The Paris landmark is ready to be gift-wrapped as part of the coverer par excellence’s legacy. But what goes into such an awe-inspiring and head-scratching artwork? Read on to find out. 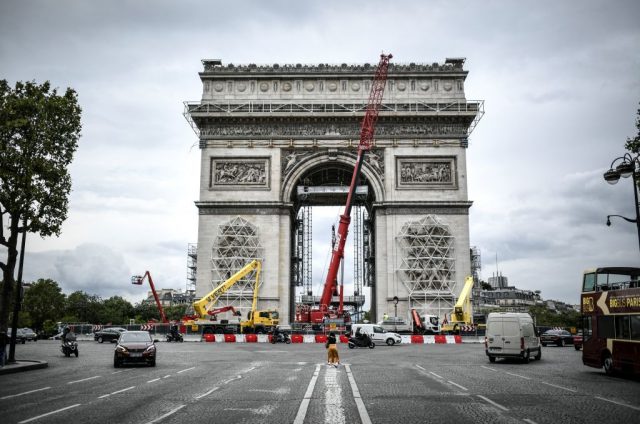 A picture taken on August 4, 2021, in Paris shows the sculptures and the Arc de Triomphe being prepared before the wrapping of the monument.  (Photo Credit: STEPHANE DE SAKUTIN/AFP via Getty Images)

How do you wrap a much-loved national landmark? Throw it on with loads of cellophane tape and pray it doesn’t get windy? There’s a bit more to the process than that, as construction teams outside the Arc demonstrate!

According to Forbes, the undertaking involves “270,000 square feet of recyclable, silver-and-blue polypropylene fabric and nearly 10,000 feet of red rope.” 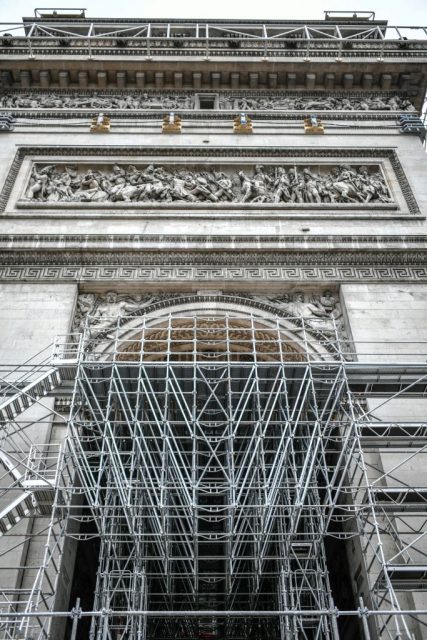 This new vision of the Arc de Triomphe will be available to view from September 18th. Unwrapping takes place on October 3rd. Not that people are wondering what’s inside, of course. 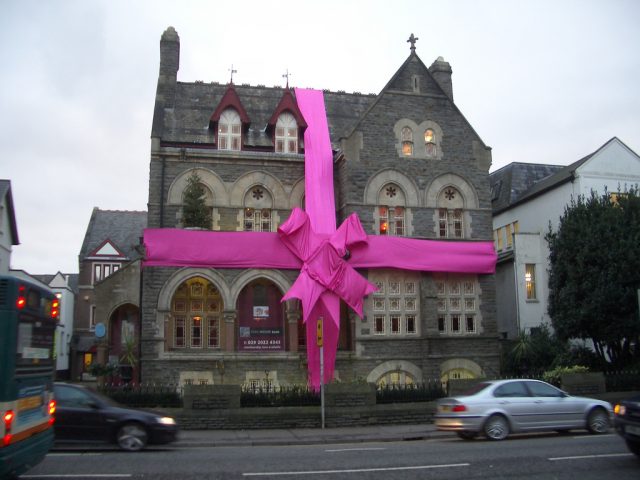 As noted by Christo, the idea is to transform the monument into a tactile experience. His previous works made inanimate architectural wonders live and breathe through the use of rippling fabric. His hope was that visitors will want to reach out and touch something they’d ordinarily just walk by without a second thought.

History of the Arc De Triomphe 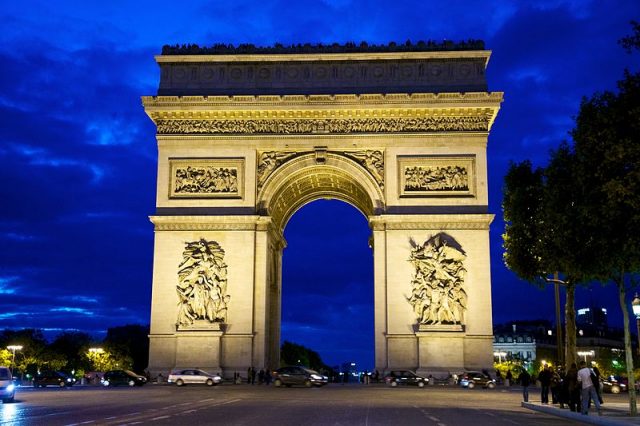 An unmistakable part of the Paris skyline, the Arc de Triomphe (“Triumphal Arch”) is situated at Place Charles de Gaulle, on the right bank of the Seine. It’s 50 meters tall and 45 meters wide

Twelve avenues fan out from the arch, designed to be the center of the Axis historique (“historic axis” sequence), alongside other features such as the Champs-Élysées. Another name for the Axis is Voie Triomphale, or “Triumphal Way”.

Why was it built? The arch is a lasting reminder of those who perished during the French Revolutionary and Napoleonic Wars. Emperor Napoleon ordered the monument’s construction after winning the Battle of Austerlitz in 1805.

Commemorative inscriptions can be seen on its stony, sculpted surface. It’s also the final resting place of the legendary Unknown Soldier. 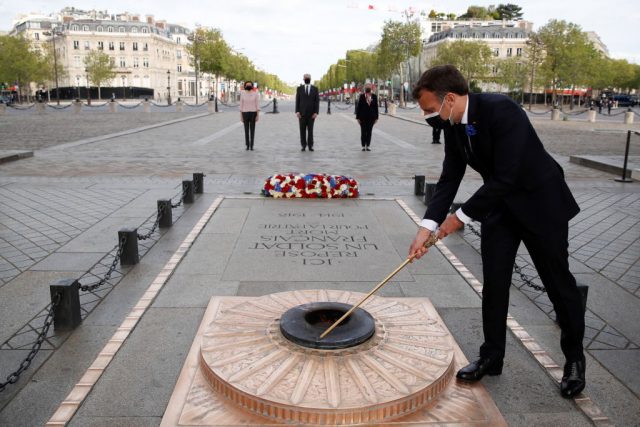 French President Emmanuel Macron lights up the flame at the tomb of the Unknown Soldier during a ceremony marking the 76th anniversary of Victory in Europe (VE-Day), marking the end of World War II in Europe, in Paris on May 8, 2021. (Photo Credit: CHRISTIAN HARTMANN/POOL/AFP via Getty Images)

Architect Jean Chalgrin began work in 1806. A full-scale wooden model of his design stood on the site originally. The arch as we know it today took considerably longer to be completed. 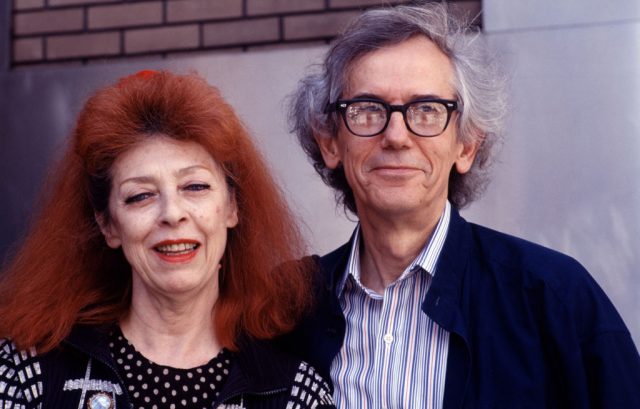 Portrait of married artists Jeanne-Claude (1935 – 2009) and Christo as they pose together at the Harlem School of the Arts, New York, New York, April 26, 1997. (Photo Credit: Rita Barros/Getty Images)

Christo Vladimirov Javacheff hailed from Bulgaria. As a young man, he fled to the West in 1957.

His partner, both in life and art, was Jeanne-Claude Denat de Guillebon from France (1935-2009). They are credited as “Christo and Jeanne-Claude”.

She was heavily involved in the Arc concept — “L’Arc De Triomphe Wrapped,” as it’s known. This was just one of a series of eye-catching endeavors, which lasted from the 1960s to recent times.

Notable works of Christo and Jeanne-Claude 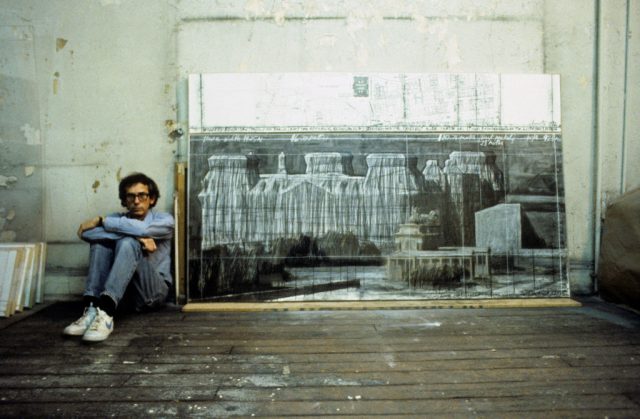 The couple had style when it came to jumbo-sized wraps. Christo and Jeanne-Claude memorably set about covering the Reichstag in Berlin with fabric in 1995. This project had been brewing since the late 1970s. It is described as an environmental artwork.

Preliminary drawings were made of proposed pieces. In Christo and Jeanne-Claude’s case, these proved especially handy. Corporate sponsorship wasn’t their thing, so drawings were typically sold to generate funds.

Forbes reports that a photomontage of the Arc de Triomphe in fabric was put together in the early 1960s. A collage followed almost three decades later in 1988.

“We have always been good at negotiating,” Christo said, quoted by The Guardian in a 2020 obituary. “And we needed to be, otherwise these projects would never have been realised.” 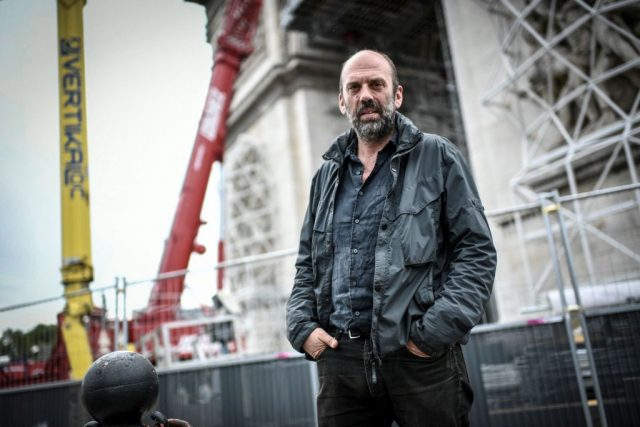 The family connection continues for L’Arc de Triomphe Wrapped. Vladimir Javacheff, Christo’s nephew, is on hand to oversee the result.

Christo “worked till the end on each stage of the project,” writes the Arc de Triomphe Twitter account. They explain that he “validated the techniques and materials displayed on site”.

More from us: Alice Cooper Found an Original Andy Warhol Among his old Touring Equipment

Development on L’Arc De Triomphe Wrapped lasted Christo and Jeanne-Claude’s whole career. So it’s fitting the artwork is their last hurrah, even though they’re not around to witness the unveiling.