Don’t Spread It Around: The Strange Story Of Pink Margarine

Would you buy pink margarine? Probably not! But then, that was the whole idea.

The US dairy industry had a grudge against their greasy competitor. So they decided it was time for the mother of all smear campaigns! 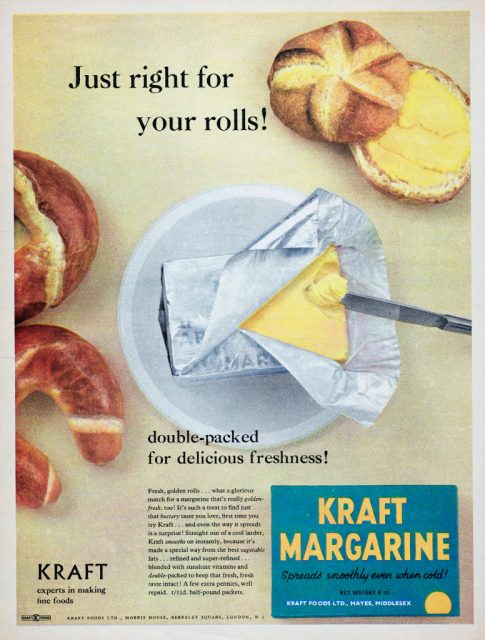 The butter alternative first made its debut in France, in 1869. Emperor Napoleon III saw dairy prices outstripping the appetites of average folk.

He asked for change, and chemist Hippolyte Mège-Mouriès answered the call. Flash forward in time and margarine was ruffling feathers (or perhaps udders) across the Atlantic.

The strange color appeared because of New Hampshire state authorities in the late 19th century who decreed that margarine manufacturers tint their product pink – a pretty hard sale.

If you insisted on buying and eating the stuff, then it wouldn’t be an aesthetically pleasing experience. Yes, margarine was truly hated. An 1886 act meant that higher-ups were gunning to get rid of the tub-based spread.

Anyone with crazy notions such as selling yellow margarine was harshly punished. In their overview of the dairy-driven drama, Smithsonian Magazine reports that offenders faced “a fine of $100 or sixty days in prison.”

That’s one expensive piece of toast. And it got worse. In states such as Maine and Pennsylvania – not to mention hardcore dairy destination Wisconsin – you weren’t allowed to eat it at all.

Holy cow? Pull the udder one… 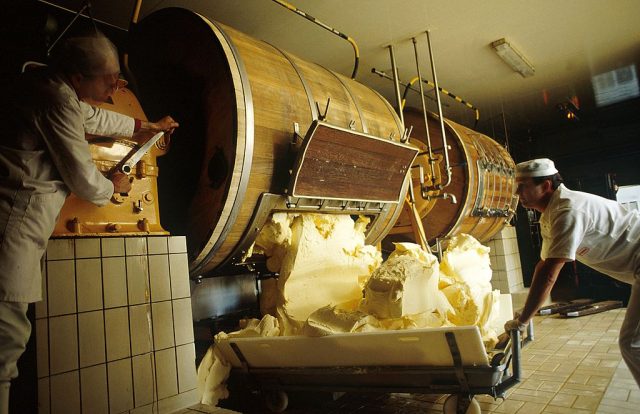 The Distillations podcast (Science History Institute) got to grips with this slippery situation.

They quote Senator Joseph V. Quarles of Wisconsin, who spoke lovingly – and somewhat unnervingly – of the humble American cow.

Making his views known on the floor of the Senate, he mentioned “her sweet and wholesome product supplanted by an artificial compound of grease that may be chemically pure but has never known the fragrance of clover.” Seems the man was a true tub-thumper.

Margarine was being presented as an almost unholy substance. But that didn’t mean it lacked natural ingredients. In fact, Quarles may have been better off ditching the flowery language and focusing on the original recipe to put off a hungry populace.

The Encyclopedia of Food Sciences & Nutrition (via ScienceDirect) wrote in 2003 that margarine was patented as “beef tallow churned with milk”. Doesn’t exactly sound appetizing, does it? 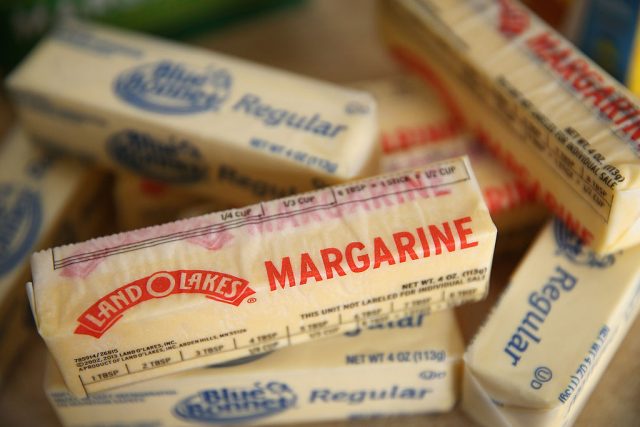 Pink wasn’t the only off-putting color added to marge. As noted by Ingenium, you also had red spread. Hmm, not a big deal. Though you might be branded a Communist, perhaps!

How about brown? Now it looks like something that came from the wrong end of a cow.

Margarine’s much-loved yellow appearance comes from food dye. Plus at one point you could add your own. Ingenium writes about the stuff being sold in a “plastic sack with a tab.” Hitting the tab released yellow coloring “which the consumer would mix into their margarine at home, a process that took around 20 minutes.”

This enabled margarine makers to avoid state laws seeking to steer people away from the product. 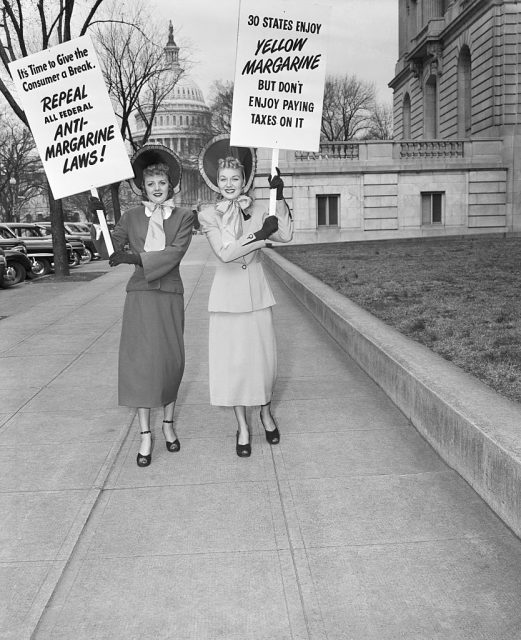 Two housewives in blue bonnets add their bit towards the fight for repeal of the tax on oleomargarine. They parade with their signs near the Capitol. (Photo Credit: Bettmann / Contributor)

Ultimately, New Hampshire’s attempt to turn margarine lovers into pinkos failed. The Supreme Court made a ruling in 1898 which ended the sabotage.

As it said in a statement, pink margarine “excites a prejudice and strengthens a repugnance” among consumers. 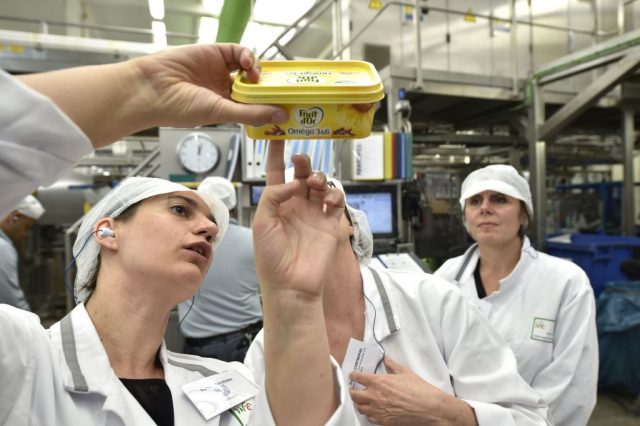 It may seem like a boring old staple of the dinner table these days. Yet margarine still grabs attention in the 21st century. And the news isn’t good.

You might need a dictionary to figure out what the danger is there. But it’s clear people are concerned.

Meanwhile, WCYY brings readers the astonishing statistic that margarine may play its part in the divorce rate in Maine! We’ll take that one with a pinch of salt.

More from us: Statuette Kept in a Margarine Tub for Years Turns out to be Ancient Roman Artifact

Do you remember eating pink margarine? Maybe you liked it. Either way, you were part of a strange slice of food history.