A newly-discovered drawing by Dutch post-impressionist painter Vincent van Gogh has gone on display at the Van Gogh Museum in the Netherlands. The drawing has never been seen by the public and has sat in a private collection for over a century. 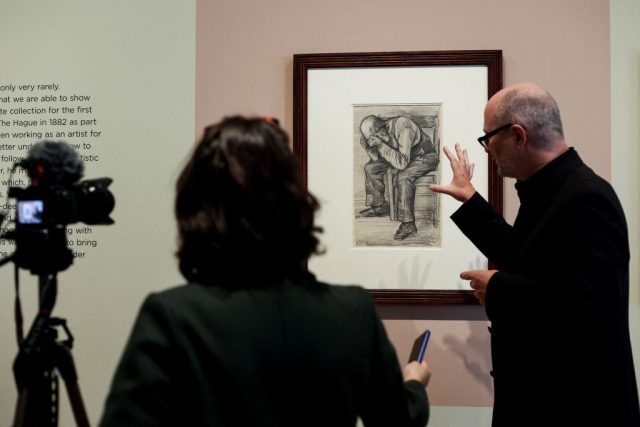 The drawing, titled Study of Worn Out, appears to have been done in November 1882, approximately two years into van Gogh‘s career as an artist. He was 29 years old at the time, living in The Hague and still learning how to draw.

Study of Worn Out, signed “Vincent,” depicts an elderly, balding man dressed in trousers, a waistcoat, and boots, who is sitting hunched over on a wooden chair with his head in his hands. It appears van Gogh used it as the basis for Worn Out, a similar drawing currently on display at the museum in Amsterdam.

The drawing will be on display at the Van Gogh Museum until January 2, 2022, at which time it will be returned to the private collection. According to the museum’s director, Emilie Gordenker, it’s a rare occurrence for a new van Gogh piece to be discovered, despite hundreds of people contacting the museum each year under the belief they’ve uncovered a new work of art.

“We are very happy to have made a contribution to our special field,” she said in a statement. “It’s quite rare for a new work to be attributed to van Gogh. We’re proud to be able to share this early drawing and its story with our visitors.” 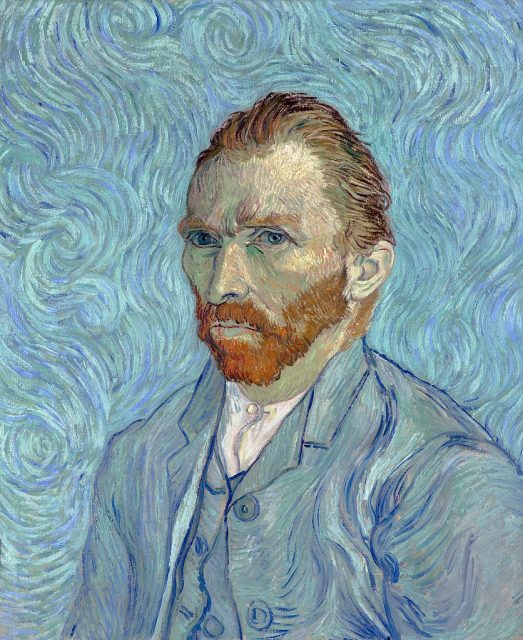 Study of Worn Out has been in the possession of its current owner’s family since around 1910. Recently, its owner, who wishes to remain anonymous, reached out to the Van Gogh Museum to ask whether the drawing could be attributed to the famed artist.

“In stylistic terms, it fits perfectly with the many figure studies we know from van Gogh’s time in The Hague and the connection with Worn Out, obviously,” Teio Meedendorp, senior researcher at the Van Gogh Museum, told the BBC. “The artist began by drawing a grid on the paper, which tells us that he worked with a perspective frame to help him capture a figure quickly with the correct proportions.

“He then worked the sheet up in his characteristically expressive drawing style: not refined, but with energetic scratches and strokes and laying down contours, in search of a pithy image with special attention to effects of light and shade.

“In terms of the materials, you also find everything you’d expect in a van Gogh drawing from this period: a thick carpenter’s pencil as medium, coarse watercolour paper as support, and fixing with a solution of water and milk.

“There are traces of damage at the corners on the back of the drawing, which we can link to the way van Gogh customarily attached sheets of paper to his drawing board using wads of starch,” Meedendorp concluded. 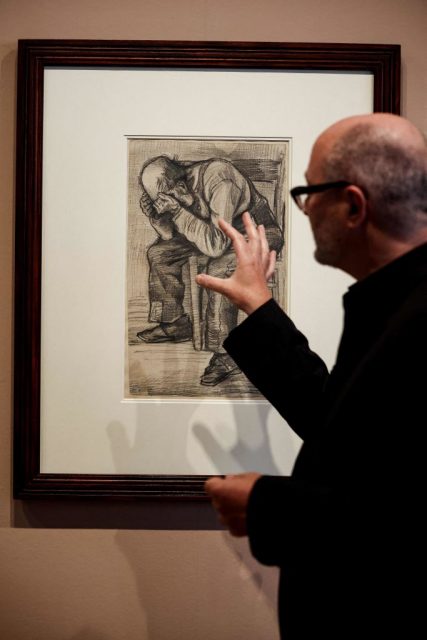 The Van Gogh Museum is home to a plethora of artwork from van Gogh, including Self Portrait with Grey Felt Hat and Sunflowers.

« No Love Lost: Co-Stars Who Did Not Want To Kiss Each Other
14 Hilariously Relatable Historical Memes »