There is a lot of mystery surrounding Amish culture. There is so much more to it than riding around in horse and buggy, but it is also nothing like the crazy parties we see on TLC’s Breaking Amish. The Amish lifestyle is often misunderstood, but there is a lot more to it than meets the eye. Here, we share seven interesting facts about Amish culture. 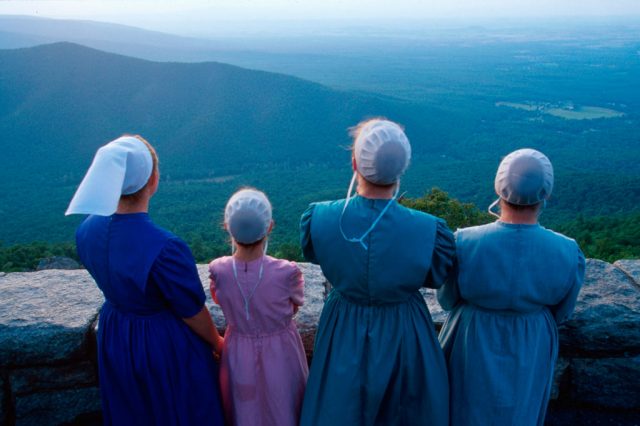 Often, people buying wedding dresses go all out to purchase the gown of their dreams. After all, you’re only (supposed) to have one wedding, so you might as well go big, right? Interestingly, in the Amish culture, women must focus on “plainness,” even on their wedding day!

This practice means that a woman getting married will sew her own dress, and it is always blue. After an Amish woman gets married, she will continue to wear her wedding dress every single Sunday for the rest of her life. 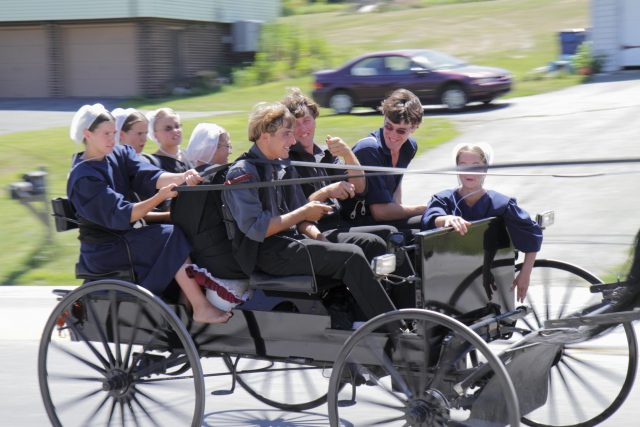 The media has made the Amish coming-of-age tradition, Rumspringa, seem like a time where Amish teenagers party hard and experiment with a lot of different types of drugs and alcohol. For example, the TLC show Breaking Amish follows Amish youths into big cities during their Rumspringa, when they experiment with Western life and see if they want to continue in the Amish culture.

However, during a typical Rumspringa, young Amish people usually don’t even leave their homes. In fact, they just join a youth group to socialize and meet other people. It’s during Rumspringa that Amish youths will find a spouse because they know that they already want to join the church.

3. They aren’t allowed to pose for photos 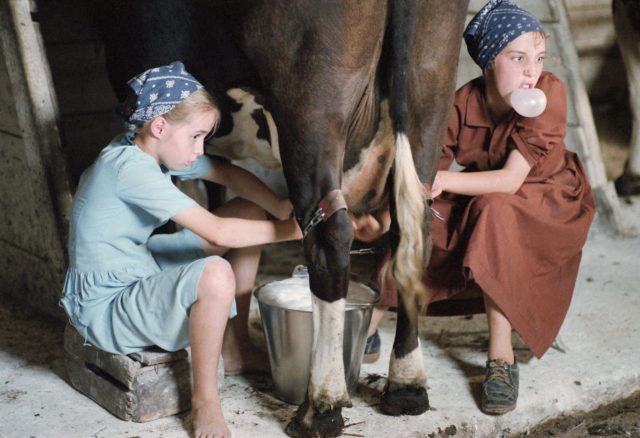 It is against Amish culture to pose for a picture. Humility is a highly cherished value, and pride is seen as a potential threat to community harmony. The Amish culture also believes that photos go against passages in the Bible, and they want to be remembered for the way they lived and the examples they left rather than for their physical appearance.

This doesn’t mean that Amish people can’t have their photos taken, it just means they can’t stop and pose for a photo. However, they typically don’t mind having their photo taken as long as they are asked politely. 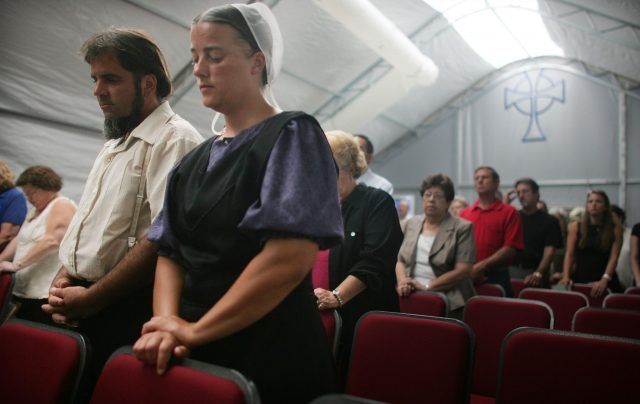 Young people typically meet at youth or group functions, where they will start to become interested in one another. They will begin to date for about a year before getting engaged. Dates will be supervised, and the couple is only allowed to see each other on weekends before they are married. Marriages in Amish communities typically occur between the ages of 18 and 22.

5. The Amish can drive cars 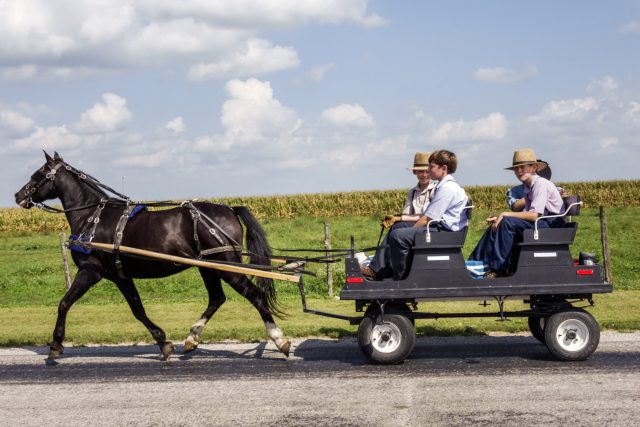 There are different sects of the Amish culture, and some of them are able to drive cars. Both Beachy Amish and the Amish Mennonites are allowed to drive cars. These different groups follow the same religion as the Amish but with some less strict rules when it comes to modern technology.

6. Beards are grown after Rumspringa 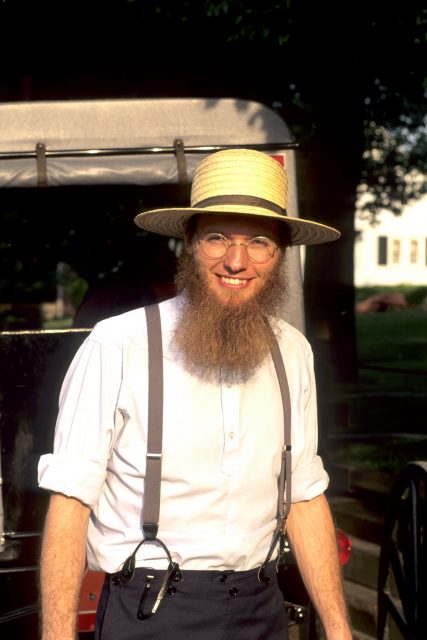 Once men of the Amish culture decide that they want to stay with the faith after Rumspringa, they get baptized. It is after this baptism that men begin growing their beards. When they get married, men stop shaving altogether- except for their mustache. Amish men will never have a mustache. Part of this has to do with a particular Bible verse, and this also has to do with a hatred of British soldiers during colonial times who wore mustaches and bullied the Amish people. 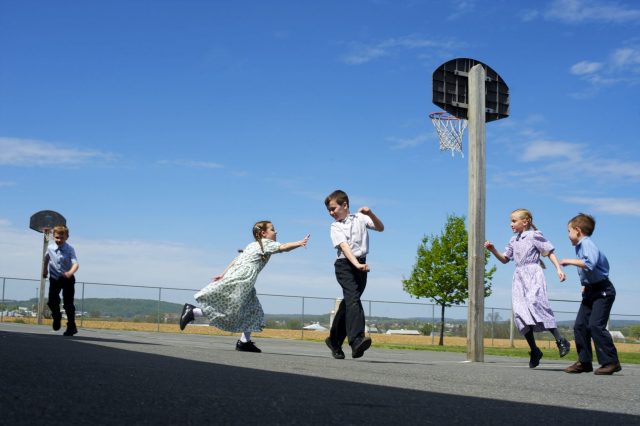 More from us: A Year After the Titanic Tragedy, a Mourning Family Received This Chilling Letter

According to Amish tradition, children don’t have any schooling after the eighth grade, so they can start to help on the farm or do other jobs to help out their families. A Supreme Court decision in the 1960s actually granted the Amish permission to drop out early since their religious tradition started long before state education laws.