Fact Or Fiction: Can You Really See The Great Wall Of China From Space?

When we were in school, many of us were taught that the Great Wall of China was the only human-made object visible from outer space and the moon. However, as it turns out, both of these claims are inaccurate. The Great Wall is hardly visible from orbit, and it is certainly not visible from the moon. On the other hand, many other human structures are visible to the naked eye in orbit. 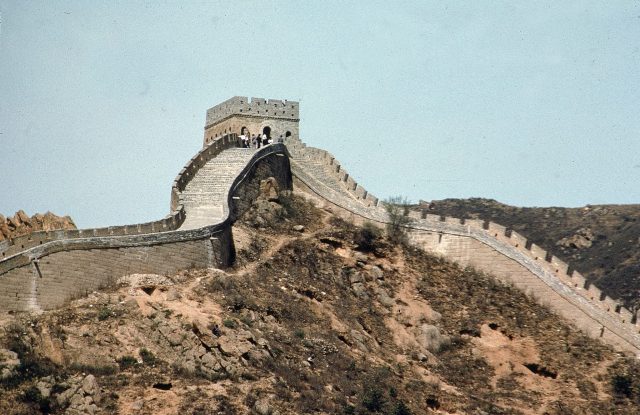 The theory about the Great Wall of China was first presented in 1932 when Ripley’s Believe It or Not! published a cartoon of the structure, stating, “the mightiest work of man, the only one that would be visible to the human eye from the moon.” Interestingly, no one had been to outer space, let alone the moon, in 1932, but this depiction nonetheless started a rumor that would last decades.

In 2003, Yang Liwei, China’s first man in space, found that he could not see the Great Wall when he was in orbit. When he returned to earth, he told a Chinese television show that “the scenery was very beautiful, but I didn’t see the Great Wall.” 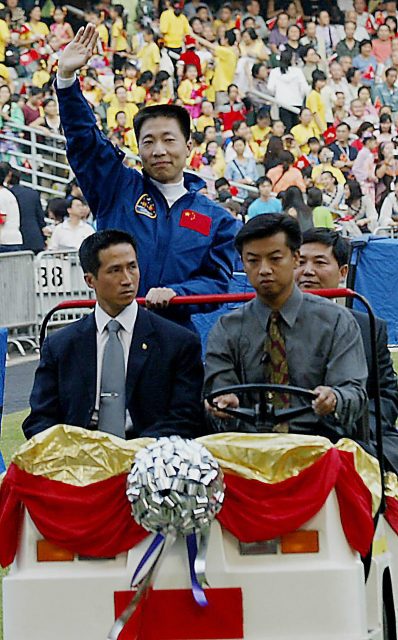 China’s first astronaut Yang Liwei waves to the crowd during a show in his honor at the Hong Kong stadium in Hong Kong, 01 November 2003. (Photo credit: TED ALJIBE/AFP via Getty Images)

Until Yang Liwei’s trip to space, elementary school textbooks in China had proclaimed that the structure could be seen by the naked eye of an orbiting astronaut. After Liwei returned to earth, however, the Chinese Ministry of Education moved to have publishers stop printing textbooks that perpetuated this myth.

In 2004, the Great Wall of China myth resurfaced after astronaut Leroy Chiao took photos from the International Space Station using a zoom lens. He photographed a region of Inner Mongolia, about 200 miles north of Beijing, and the photo was confirmed to show the Great Wall. However, Chiao himself admitted that he was unable to see the Wall with unaided eyes and was unsure if the picture actually showed it. 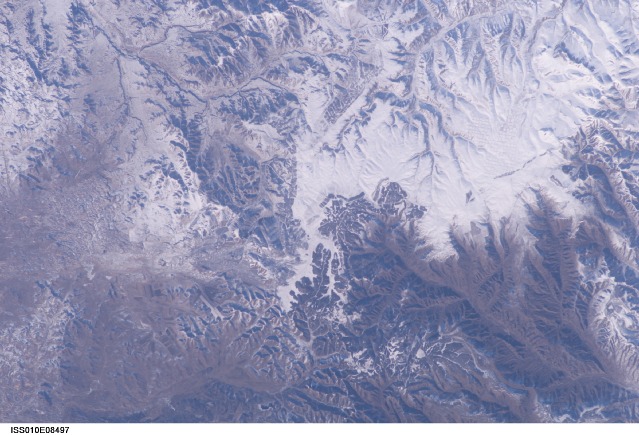 Photo taken in 2004 by astronaut Leory Chiao. This photo is (apparently) the first verifiable photo of the Great Wall of China made from low Earth orbit. (Photo Credit: Leroy Chiao/ NASA)

Many other human-made structures are visible from orbit. Astronauts have stated that the pyramids at Giza are relatively easy to spot, but the most visible structures are roads or bridges across straits. Cities and some skyscrapers are also visible from space, especially at night because of their light.

More from us: Amazing Vintage Rare Photos of Great Wall of China in the 1900s