A Danish museum has a hole in its finances after a controversial artist made off with approx $84,000 of their money.

That’s the argument put forward by Kunsten Museum of Modern Art, in the Jutland city of Aalborg. On the other hand, conceptual artist Jens Haaning believes he’s made a creative statement by taking the loot and refusing to give it back. Either way, tongues are wagging in the art world and beyond.

“Take the Money and Run” 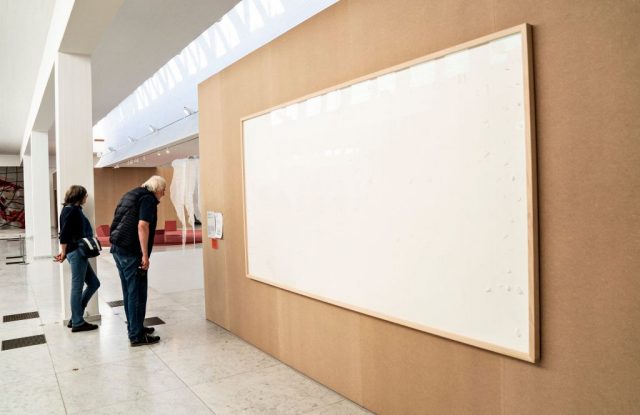 People stand in front of an empty frame hung up at the Kunsten Museum in Aalborg, Denmark, on September 28 2021. (Photo Credit: HENNING BAGGER/Ritzau Scanpix/AFP via Getty Images)

The museum approached Haaning with a proposal to recreate two of his attention-grabbing pieces. As reported by Art Newspaper, they are: An Average Austrian Annual Income and An Average Danish Annual Income. Both were produced over a decade ago.

Haaning made money the focus of his framed, and fiscal, pieces. The use of actual banknotes within the frame made these artworks a talking point, not to mention a temptation for thieves.

Kunsten Museum planned an exhibition called “Work It Out”. They figured a pair of recreated Haanings would suit their theme of working life, and what people earn for it, perfectly.

But the artist had his own commentary to make on the situation. Organizers opened his delivery to find blank canvases with “only small pieces of glue left”, according to DR.

Haaning has titled his latest offering Take the Money and Run.

Why has Jens Haaning done this? 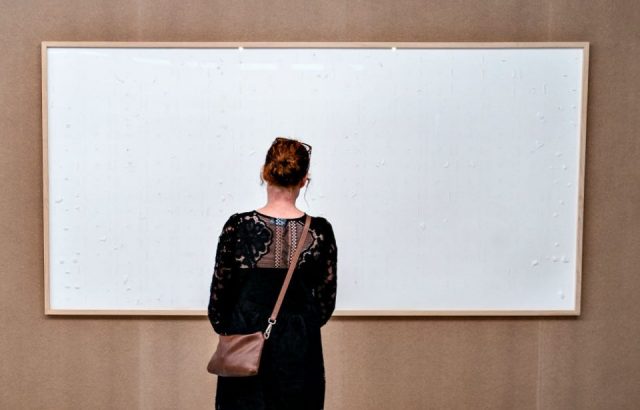 Haaning received approx 534,000 kroner ($83,239.81) as a loan from the Museum. Whereas they expected him to frame the cash then return it after the exhibition, he has other ideas.

The money will be kept by Haaning as an artistic act in itself! So, what’s the big idea? Quoted by DR, he says this is “a protest against the remuneration conditions that the museum offered”.

With a reported personal cost of 25,000 kroner (nearly $3,000) to Haaning, he wasn’t satisfied with what the museum proposed. To him, Take the Money and Run is a response to his own, financially challenged situation. He believes it will click with others in the same boat. 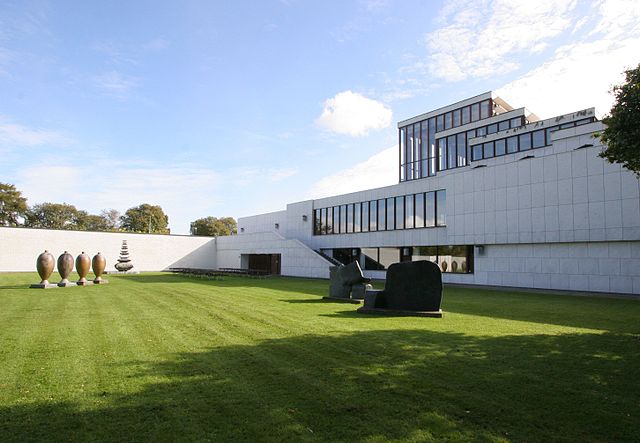 Speaking to BBC Newsday, Museum Director Lasse Andersson took a dim view of the audacious, yet aggravating, move. He states, “we have a contract saying that the money will be back on 16 January.” He thinks Haaning has “kind of broken the bargain”.

According to The Art Newspaper, Andersson is “not intending to go to the police just yet”. But tensions are clearly on the rise. Drawing attention to the state of the institution’s own finances, the director says it is “not a rich museum”.

Haaning seems determined not to budge, as noted by DR. Against accusations of theft, he argues that he has in fact breached a contract. Which apparently is no problem, as the breach is part of his creative concept!

This means an unusual, and artistic, battle of wills is playing out. And Haaning might not have finished with his statement. The Art Newspaper covers comments that he could turn the concept into a series.

Other works by Jens Haaning 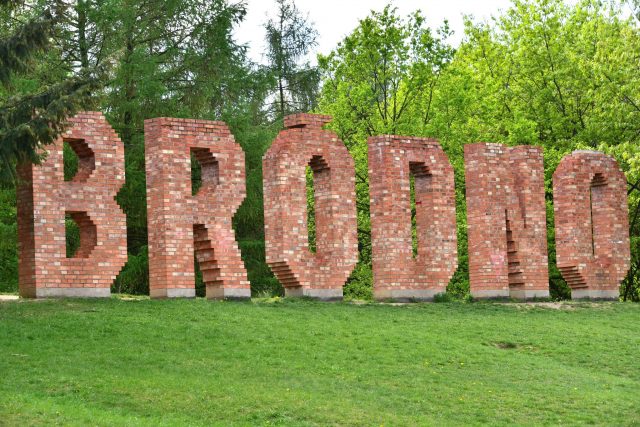 Based in Copenhagen, Haaning employs various mediums to get his message across. In one case he played a recording of jokes, told in Turkish, to passing Norwegians in an Oslo square (1994’s Turkish Jokes).

He also has a tendency to place businesses in unusual contexts. DR reports that Haaning presented both a car dealership and massage parlor as exhibits. In each case, the operations were relocated to exhibition venues.

More from us: Fearing End of the World, Man Returns Museum Artifact 15 yrs After Stealing It

Who will get their way between Haaning and Kunsten Museum? Is Take the Money and Run naked opportunism, or does it lay the artistic establishment bare?

It may not be art, but we like it.

« Remember When Ringo Walked Out On The Beatles And Paul Had To Play The Drums?
Amateur Metal Detectorists Find Bona Fide Treasure In Wales »