Protestschwein – The Pig That Was Bred When Flags Were Banned

What do you do when you’re caught up in a border war that you want no part of?

Danish farmers in the 19th century had a particularly novel approach to show their patriotism: they bred pigs with the Danish flag on them.

War is waged over the Jutland Peninsula 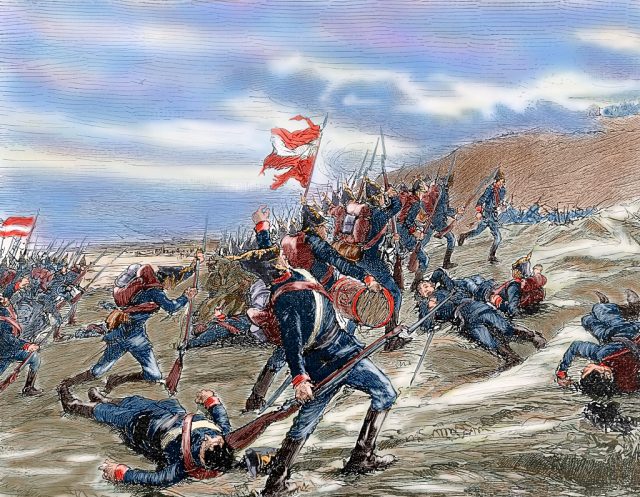 The First Schleswig War or Three Years’ War (1848-1851). Fighting between the Danes and Prussians at the Battle at Kolding on April 23, 1849. Nineteenth century colored engraving. (Photo Credit: Ipsumpix/Corbis via Getty Images)

The Jutland Peninsula is surrounded by the North Sea, the Skagerrak Strait, the Kattegat, and the Baltic Sea. It is divided into four sections: Northern Jutland and Southern Jutland (ruled by Denmark) and Southern Schleswig and Holstein (ruled by Germany).

In the 19th century, there was a war between Denmark and Prussia over where they would draw the borderline.

In 1848, the two countries went to war and Denmark won. For over ten years, the rural communities in that area were under Danish rule and were quite content with that. However, when the Second Schleswig War occurred, Prussia was the victor.

The flag is banned and the pig is born 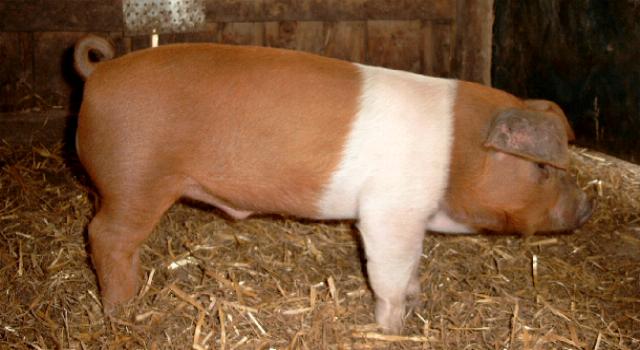 From the 1860s onwards, Prussian authorities repressed anything Danish within this region. One rule declared that the Danish flag could not be raised anywhere in the area without a severe penalty.

Angry at this new law, some farmers from North Frisia in Southern Schleswig decided they would defy this injunction by creating a new breed of pig with skin tones that reflected the Danish flag.

The flag of Denmark is red with a Nordic cross (two white lines – one horizontal, one vertical) on a red background. To get a “living flag,” the farmers crossbred breeds such as the Holsteinian and Jutlandian marsh pigs, the English Tamworth pig, and red variants of the Angein Saddleback.

What they ended up with was a pig that was a mostly red color but had a broad band of white around its shoulders and then a horizontal line that extended either underneath it or along its back.

Humiliation for the Prussians 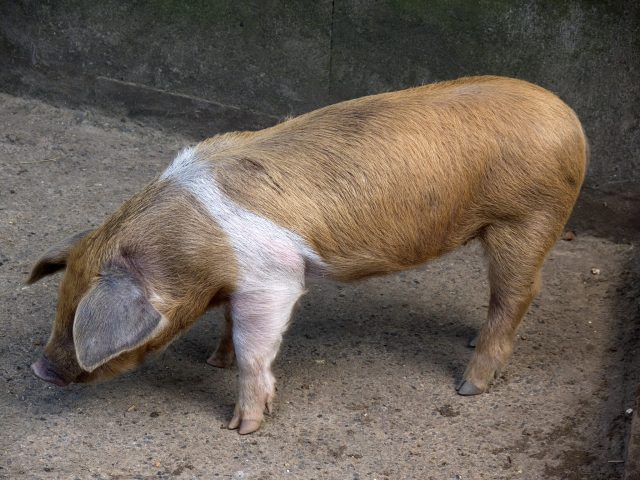 The homepage of the Red Holstein breeders association details how, in 1881, a Prussian police station told the government in Berlin that some strange red and white pigs were being bred. Although it could not be proven decisively that the farmers were deliberately breeding flag-colored pigs to defy the government, “it was believed that the farmers were well aware of this and that this pig represented an affront to the Prussians.”

In 1911, the pig was officially recognized as the Austrian national pig – “a sign of patriotism, an honor for Austria and a humiliation for Prussia.” 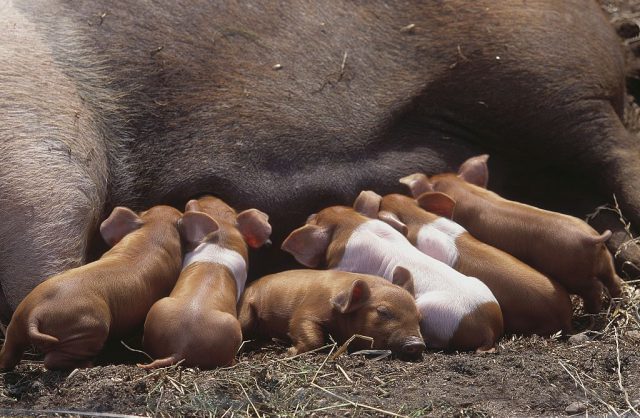 Eventually, despite its patriotic appearance, the Protest pig fell out of favor due to its thicker layer of fat and slower growth. The last piglets were born in 1968, and then the breed left the history books.

However, in 1984, similar-looking pigs appeared at the Green Week in Berlin, and these were considered close enough to the extinct breed to be worth protecting.

Because these new pigs weren’t exactly the same as the old kind, they were given a slightly different name. Originally, the Danish Protest pig was called Husumer Protestschwein in German and Husum Protestsvin or danske protestsvin in Danish. Today, they are called the Red and White Husum pig, or the Husum Red Pied pig.

More from us: The 50-Star American Flag was Designed by a High School Student

In 1996, a survey revealed that there are around 140 specimens of Protestschwein in the world. Mostly, these pigs are found in zoos such as the Berlin Zoological Garden, the Hanover Zoo, and the ZOOM Erlebniswelt Gelsenkirchen.

The birthplace of this pig is now the German federal state of Schleswig-Holstein, and the state supports the preservation of this breed for its cultural value.