In 1937, Disney’s Snow White and the Seven Dwarfs hit the silver screen. Within its first year, it had grossed $8 million– more than any film before it. Most people agree that Snow White is Disney’s first real princess, but there is actually a lesser-known princess named Persephone that came before Snow White.

The Goddess of Spring 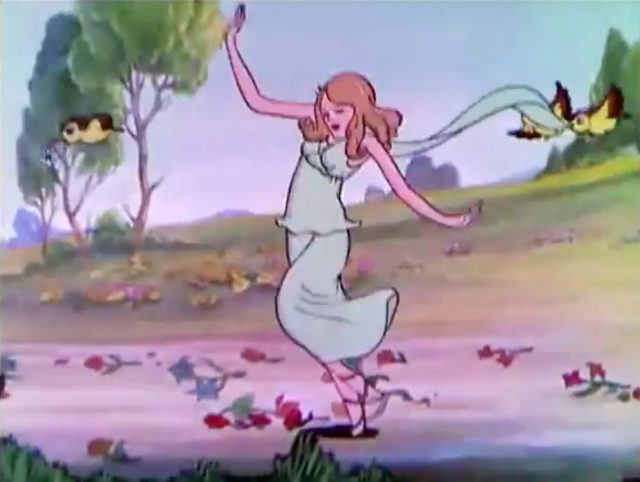 Persephone in Disney’s Goddess of Spring, 1934. (Photo Credit: Cartoons for Kids via Youtube)

From 1929 to 1939, Walt Disney produced a total of 75 short films known as Silly Symphonies. Unlike the Mickey Mouse cartoon universe that has become a staple in the Disney franchise, Silly Symphonies did not have reoccurring characters, with each film a stand-alone production. The Silly Symphonies were a way for Walt Disney and Disney studios to experiment with different processes, techniques, technologies, and stories to allow the company to perfect its animation style.

In 1934, Disney released a Silly Symphony titled “Goddess of Spring.” It is in this short film that we are introduced to Disney’s first princess, the maiden Persephone. Persephone is the goddess of spring, who lives in a beautiful garden where it is always springtime. 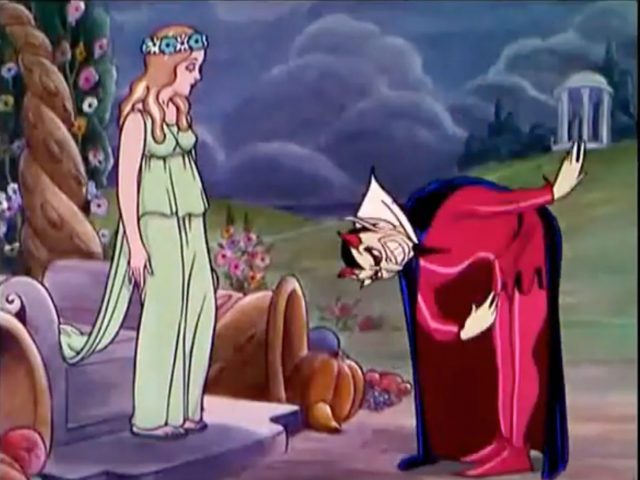 Persephone and Hades in The Goddess of Spring, 1934. (Photo Credit: Cartoons for Kids via Youtube)

However, trouble ensues when she is kidnapped by Hades, the god of the Underworld. After she is kidnapped, her friends from the garden suffer a rough winter. Persephone is upset in the underworld, and Hades shows concern for her. They come to an eventual agreement – Persephone will be allowed to spend six months of the year above ground and six months of the year in the underworld, thus resulting in the four seasons. 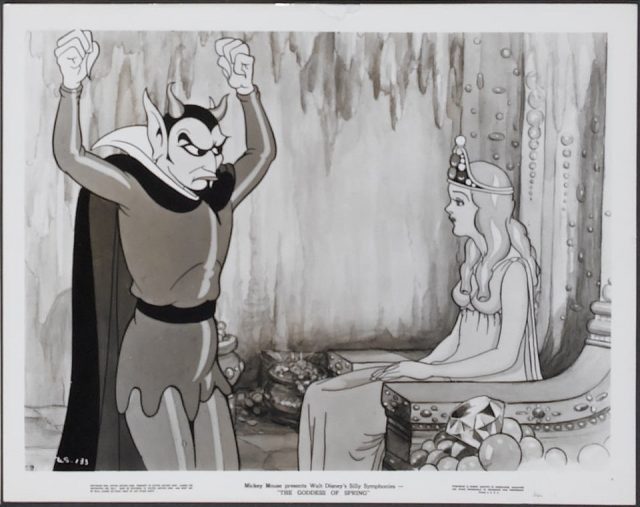 Persephone might be Disney’s first princess, but Snow White was Disney’s first full-length movie princess. However, without their work on Persephone in “Goddess of Spring,” animators wouldn’t have been successful with Snow White. According to Alyssa Carnahan, the Open Studio Coordinator at the Walt Disney Family Museum, the character Persephone helped Disney animators prepare for the challenges of creating a human, female character who moved more realistically.

Prior to “Goddess of Spring,” Disney studios primarily focused on creating and perfecting animals in their short films. In fact, “Goddess of Spring” was one of the first attempts Disney made at using human characters. As animators created Persephone’s feminine, princess-like looks that would become a staple in Disney films, they developed standards like the model sheet, which showed a character in different poses and actions, with different expressions, from different angles.

There are many similarities between Disney’s first princess, Persephone, and Snow White, from the way she holds her skirt and twirling to her tendency to surround herself with adorable animals and creatures. Because Persephone was one of Disney Studio’s first attempts with human characters, animators struggled to capture realistic aspects of a female human entirely. For example, in the opening dance, Persephone’s arms appear more elastic than elegant, resembling a sort of animated rubber hose.

Of course, Persephone in the “Goddess of Spring” is the retelling of an Ancient Greek myth. However, although Persephone is a goddess, she is also the daughter of Zeus, which makes her a princess in her own right. The Goddess of Spring was not the only time Walt Disney dabbled in Ancient Greek mythology. In 1940, Disney released Fantasia, which had a number of different mythological aspects to it. Similarly, in 1997 Disney put its own spin on the Greek myth Hercules. 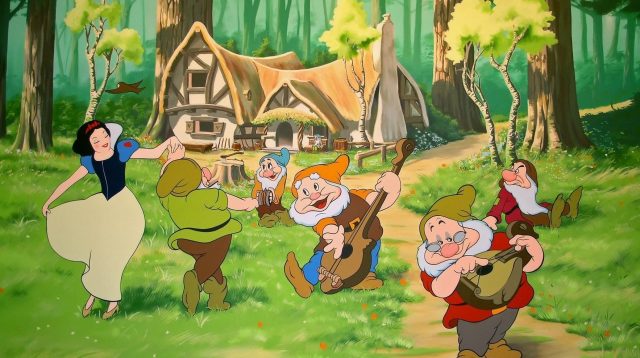 More from us: False Teeth, A Poisoned Comb, And Awful The Dwarf — Fun Facts About Disney’s Original ‘Snow White And The Seven Dwarfs’

Persephone was an important stepping stone in the history of cartoon animation, for she allowed Disney studios to perfect their trademark princess animation style. Persephone, therefore, should not only be remembered as a Disney princess but as the first Disney princess.