A rare 16th-century Italian dish depicting the biblical tale of Samson and Delilah has sold for over £1 million at auction in Scotland, ten times more than its estimated value. 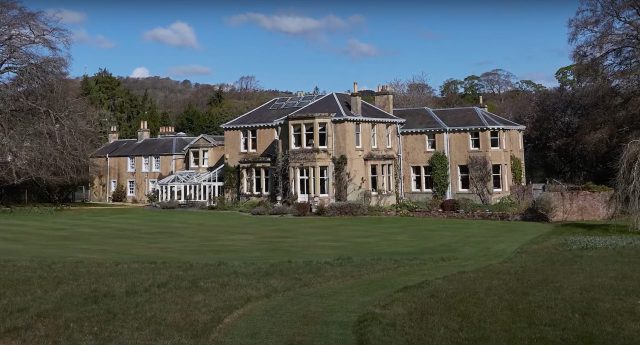 The rare, tin-glazed (maiolica) dish was discovered at the back of a drawer at the Lowood House in Scotland. Experts had placed its estimated value at between £80,000 and £120,000 before it was placed up for auction by Lyon & Turnbull on October 6, 2021.

The auction was live-streamed, allowing bidders across the world to vie for the piece. Bidding began at just below the lower end of the estimated value, and it wasn’t long before offers flooded in via telephone and email. According to the auction house, one interested buyer increased their bids in £50,000 increments.

The dish was eventually won by an anonymous bidder who purchased it for £1,263,000, ten times over the estimated price.

“As the auctioneer, it was a real joy to bring the hammer down at over £1 million on this incredibly rare dish – a new world record price, I believe,” said Gavin Strang, Lyon & Turnbull’s managing director and Head of Private Collections, in a statement. “The whole story of its discovery tucked away in a drawer, through the meticulous research carried out by our specialists, and then the fierce international bidding on auction day has been exciting from beginning to end!”

Nicola di Gabriele Sbraghe – better known as Nicola da Urbino – was a potter and workshop owner active between 1520 and 1538. He is widely recognized as the master of the “istoriato” style of maiolica decoration, which was most popular during the early 16th century in Italy.

The dish is believed to have been made between 1520 and 1523. Lyon & Turnbull said, “his graceful fluid draftsmanship, lyrical figure drawing, understanding of recessional space and use of contemporary, classically-inspired Renaissance architectural views are all characteristic of his style” and are illustrated in the artwork present on the dish. 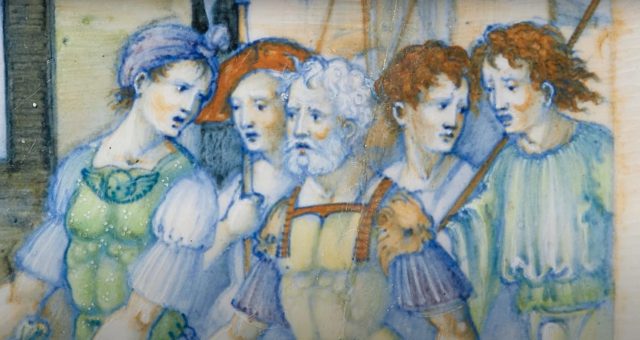 More from us: Unreleased John Lennon Recording Sells For Nearly $60K At Auction

The find was just one of more than 400 items listed as part of the contents available for auction from the Lowood House, which is situated in the Scottish borders. The other items included books, silver, pictures, and various pieces of art.

« Persephone: Disney’s First Real Princess Is Often Overlooked
Tired Of Being Mistaken For Someone? Write A Song About It Like Rick Springfield! »